2 new releases has been announced

I have been wondering about details of this, he’s been posting material on twitter and such over the past year that I had NO idea what it was related to D:

My guy is back on business.

The name is fitting for this project loll, sounds nice !

is the horse face dude a official member?

Holy shit they are amazing, how did I miss that.

It’s good, very good, but the longer his career goes on, the closer he is to making Gran Turismo OST music.

I literally just discovered this myself a few days ago. Unfortunately all of their old releases are sold out/no longer available, with just the most recent one on their online shop.

this thumbnail gives me quite some sukekiyo demo vibes and I love it.
the music is like the Lack-Co but with more jazz elements, the style is something pretty special and untypical for VK.
the visuals are probably the weakest part but still not bad.
I look forward to see this band evolving and maybe getting some new band members.

3470.mon now available on Apple Music. They released an ep named VHS which contains their 5 song already released. Check it out you guys!

It’s also on Spotify, so I reckon it’s on most digital platforms, now. 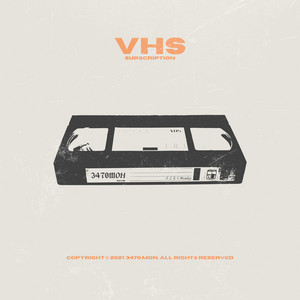 Really enjoying this EP, it’s something different and more refined than some of Tenten’s other projects. I miss the MBHI days but I’ll admit that since he’s stopped shouting so much his clean vocals have become a lot smoother. Also looking at the setlist from their first one man it seems that they have a few more songs in the bag too, so I’m looking forward to hearing those.

I’ve been following Tenten for a long while now, and he’s always been a cool guy in my book who knows how to make his style work in a number of subgenres, and this new project is another interesting addition / mutation on his formula… however I really wish these songs sounded like actual people were performing them with actual instruments cuz it just doesn’t work for me at all.

Sounds like he programmed some MIDI lines and slapped some VSTs on them and called it a day. I don’t know, it just sounds cheap to me, it lessens the impact of these tunes greatly. On that note, I hope we’ll get to see/hear some footage where they perform these tracks live cuz I have no doubt they’d sound much cooler that way (unless they decide the litter it all with playback tracks lol).

In any case, I’ll still be on the lookout how this band evolves in the future, cuz DATS MA BOI, TENTEN.