Drop down your animelist.net link!

Heya! I just created an animelist so I thought it would be cool if we shared our lists!

I found 150 animes so far that I’ve watched, but some I can’t even remember the names!

Always fun to know what people watched, what to watch and so on.

I know there’s a thread on “what are you watching” but let’s make this one where we share what we watched or want to!

Here’s mine ~ feel free to add me

(it’s a mess and deserves a revamp but still)

Here’s what I watched so far: myanimelist

My list is probably incomplete- Myanimelist
I don’t watch that much anime, but I read a lot of manga, so I’ll give you my manga list too- Mymangalist
Both lists are probably missing some things. My manga list has some questionable entries, but I love that stuff.
@Catness Higurashi no Naku Koro Ni and Jigoku Shoujo? Very nice!

@Rahzel sent a friend request! and to @Catness as well!

Feel free to add me also!

Btw, my ranking are a bit random haha, I just passed like 2 hours yesterday checking lists of animes and did it fast. but GTO, MONSTER, HITMAN REBORN, are 10/10 for me ^^.

I’ll send you guys a friend request on MAL <3 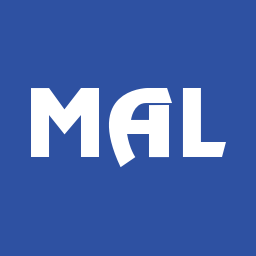 Added all of you guys ^^ cheers!

wow, have no idea there’s a site like this. since I’ve watched 200+, I have to have a profile!
will sign up and make my list soon.

…
but,
PR_End_Of_File_Error kept coming no matter what web browser I use (tried Firefox, Pale Moon, MS Edge and Falkon)… I think it’s due to the heavy DNS pollution recently and I have no idea how to deal with it, so… sigh damn the government blocked Google service, fxxk.

cough, cough, anyway, I made it work by flushing the dns and reset the network and blah blah blah, now making my list. but adding one anime to the list will spend 30 seconds…

list is far from being finished, I only added some important ones and seasonal animes from 2006-2009.

will expand this list soon. I think the list will include 1000+ titles…
btw, don’t ask me where I got those special omake videos from the DVD/Blu-Ray/VHS release, I just traded and got pirated rip from somewhere I can’t remember, maybe forums, maybe individuals who lived/lives in Japan. I have to watch all if I just finished watching a series, I’m a perfectionist.
originally, I kept a txt file full of these animes’ names in case I won’t watch some of them twice (I’ve only rewatched 3 titles so far), now thanks to this site, I could finally have clues of the sequels, prequels and OVAs. even if I missed some, when I see the avatar or the poster, some of the main plots and the CVs will come to mind clearly.

That’s mine.
I will just send friend requests to some people

I cracked and finally made one, mostly because I keep getting questions about what anime I’ve watched at uni and I need to keep track now lmao