SATOKI, thank you very much for this interview!

Can you tell us more about the world view of “少女S (ShoujoS)”?

My theme is “paranoia sound”. Paranoia is a so-called “paranoia,” which to me is a state of being in constant denial and delusion that you are a “special” person. I SATOKI is as “少女S (ShoujoS)” created out of my professed personality and my sometimes delusional traits. “Paranoia Sound” was born by the meaning of expressing myself as a person.

Do you have a favorite Kanji? If so please also tell us why you like this Kanji.

It’s difficult to choose just one, because they are all everywhere in our daily lives, but… If I really had to choose just one, it would be “dream (夢/yume)”. Because it gives a different kanji a fluffy and unrealistic atmosphere, this kanji is called “儚 (hakana,ephemeral)”, you get it if you put the kanji for person(人) together with the kanji of dream (夢) .

Why did you decide to enter the world of Visual Kei?

Actually, I am fond of Visual Kei as a whole. The world view of Visual Kei has a strong sense that lots of people attach great value to live performances. The view of value of live performance and art is the kind of view that is most close to what I want to enact as a musician. Still, I don’t want to limit myself only to being just Visual Kei, but I also want to jump between various genres. I am always looking around to find new possibilities.

You said “I am always looking around to find new possibilities“. Do you think that visual kei is actually limited? Many male vkei bandman say that they can express themselves more in Visual Kei than in any other genre.

I don’t think Visual-kei is a genre of music, because it was originally thought of as “dressed up in costumes and wearing makeup”. But recently, Visual-kei has become established as a musical genre, and I think it’s become a fixed concept, in both good and bad ways. Of course the concept of “Visual-kei” is great and necessary, but I think it’s better to take it in a broader sense. I think it’s more about; “world view” which is important for visual kei. .

Could you please introduce your support members and please tell us something fun or interesting about them.

I really do admire MANAMIX. She is a very skilled guitarist, also she is very social and always gives a helping hand whenever it is needed.

shioRi is everyone’s big sister! She is a very encouraging and solid person and sometimes she acts as a leader to all of us. Actually she also has a “hidden face” which she shows sometimes…(laugh)

ViVi-chan is like a twin sister to me, she is someone who can make everyone one of us laugh even if there is nothing to giggle about!

How did you meet your support members and why did you decide to work with them?

Our first encounter was at the office of “Yellow PUNX”. When we met there they all have been involved as a support member in various projects and music, however nowadays they are also indispensable members who create the sound of “少女S (ShoujoS)” with me.

The origin and meaning of our name is to aim for the gap between the visual and the name. We want to come across as the unstable, fragile, naughty girl who grows into an adult woman. I wanted to express the feeling of when troubled girls can look inside themselves and grow into strong women.

What are some of the difficulties you face in the Japanese music scene?

What kind of feelings do you want to convey through your music?

I wish that people remember the music that I (SATOKI) create in this world, is meant to go through people’s hearts. I guess conveying to those who need help is the only way to feel accepted for some.

We live in the world of Corona, but what did you learn from it?

What I have learned is that nothing is taken for granted, everyone is struggling to live and connect with each other.I realized that I have the support and encouragement of many people, more than I could have ever imagined. That’s why I strongly felt that I wanted to act not only to satisfy my own needs by creating music, but also to be able to say “thank you” as a result to the people who wanted to support and encourage me.

“PARANOIA” is your first album, how do you feel when you see your CD in a store?

This was my first time to sell a CD in a nationwide distribution, so to be honest, I was a bit worried about it. However, it seems that many people from Okinawa, where I’m from purchased it. As a result of this we actually ended up running out of stock, so we had to produce and distribute more. So I’m honestly very happy to have taken a step up as an artist!

Why did you choose the title “PARANOIA” for your album?

The reason why I chose “PARANOIA” is because the word “paranoia” is a word that really symbolizes me. I wanted my first album to represent the feelings I have of myself.

How was the recording of “PARANOIA”? Did you face any problems recording any of the parts throughout the album?

When we were recording, it was pretty hard to get the right tunes for the mastering of the track. Also, I had a hard time singing with the voice I wanted (laugh). It’s really not hard to sing with the right voice at live shows, but when it comes to recordings, I just can’t get my voice right (laugh)!

Please tell us the concept of each lyric of “PARANOIA” in a few words.

1.ショウジョノユメ (SHOJO NO YUME)
This song is about having a dream at an amusement park.

2.優しさの箱 (Yasashisa no hako)
To showcase the findings of life as a whole.

3.弱虫クエスト (Yowamushi QUEST)
His song is about growth.

4.City Girl
This song is about the choices you make throughout your life and how it affects you.

6.シャングリラ (Shangri-La)
This is a song meant to be cheerful.

7.宇宙と海月 (Sora to Kurage)
A fearful song filled with many emotions.

8.見世物小屋グランギニョル (Misemonogoya GRAND ni YORU)
This particular song is about the visions you have of summer.

10.innocent
Innocent is a song about having negative feelings to yourself.

11.Call me QUEEN
A song about being the absolute ruler of everything in life.

12.PARANOIA
This song is about me, SATOKI!

Please tell us about the jacket work of PARANOIA.What is the idea behind the jacket?

I drew the concept for the entirety of 11 songs, I wanted to ultimately contain the main track that would represent the album as a whole, PARANOIA.

Please tell us something about the PARANOIA MV and shooting. 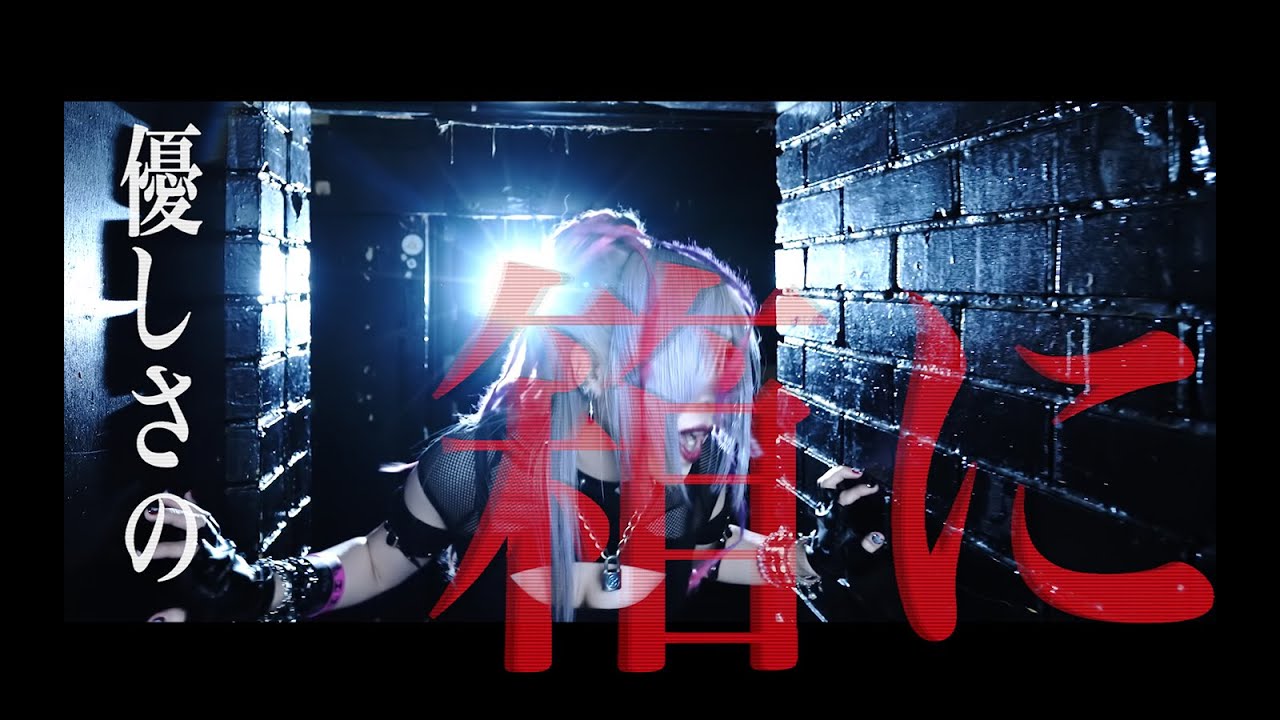 What makes you smile?

The things that make me smile are the times when I enjoy myself when I’m drinking, and when I play a live show.

One of the biggest interests right now for me is I would like to learn English. However, it is very difficult to study English properly, so I’m into watching foreign dramas and watching foreign YouTube videos. Somehow I’m learning various English phrases from watching those videos.

What do you like to do when you have spare time? Do you have any special hobbies?

I really like to watch movies, but it’s difficult to find time to watch them all. I still have a lot of movies which I want to watch, so I will watch them from time to time when I get the chance.

Oh so you like to watch foreign dramas, don’t you? Which series are you currently watching?

What is your favorite local food in Japan?

I’m from Okinawa, so naturally I really like Okinawan food. I love Okinawa soba and Fuchanpuru!

So you’re from Okinawa. I’ve heard that dialect is totally different from standard Japanese. Could you tell us some typical Okinawan dialect words?

In daily conversation, I often use words like “Deji (very, great)” and “Junni (really?). Which are typical slang words which are used by young people.

Why do you think people should listen to “少女S (ShoujoS)”? What do you think makes you unique from other artists?

In many cases, other solo artists write lyrics but do not compose or arrange music. My songs are written, composed, and arranged entirely by myself (Except for シャングリラ (Shangri-La). I also do the synchronization work myself, so I hope you’ll pay attention to that as well, because we are a unique band that does things by themselves.

What is the ultimate future goal of “少女S (ShoujoS)” ?

The main goal is to first play a ONEMAN LIVE, followed by a nationwide tour. Then, maybe work with anime shows and commercials. When there is enough money, I would like to produce music videos of my works to make a video collection.

And finally, please leave a message for your fans and readers!

SATOKI, thanks again for this great interview! Please keep on rocking!

English Grammar/spellcheck, thanks to Katt!

She sounds quite good. Will buy her release in the future.