Interview with 電大 (DENDAI) (side band of three UNICORN members)

NOTE: → Dr. Isamu Teshima(手島いさむ) has answered the interview in behalf of all of them. For that reason we decided to translate his questions in the “we perspective.” 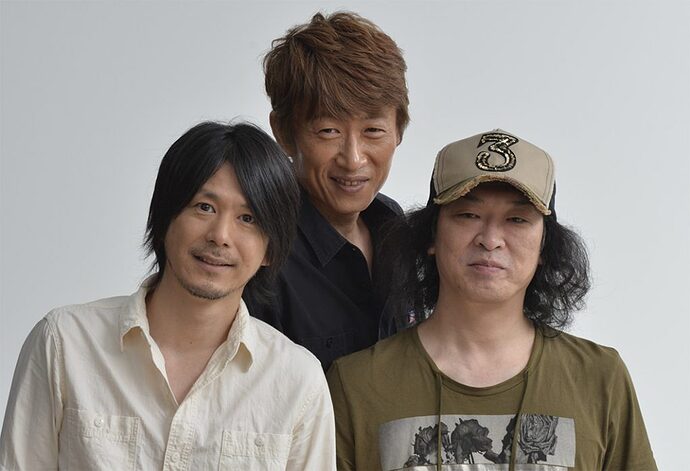 DENDAI thank you very much for this interview!
​
For the first time in 3 years you released your new album 「HOME6」. We have heard that the making process started from March last year, how did you feel about the recording process?

We started with the rhythm recording in March 2020. While keeping an eye on the development of the coronavirus, we decided to stop the recording session and decided to see how it turns out to be.

We thought that I wouldn’t be good to continue to write in the period of stay-at-home requests. So we decided to refrain from writing. We think that our lyrics are influenced a little bit by the days that we could not do anything while we were voluntarily refraining from activities.

We started to record our songs in the beginning of the year in 2021. We also reckon that our relationship with our engineers is getting more and more compatible. The sounds and compositions are going really well and getting better for each new work.

In DANDAI, all of the members write lyrics. How do you get inspiration for writing lyrics?

Most of the song lyrics tend to include lyrics that relate to travel and real life. Also it seems we are not so good at expressing things such as “I love you” in our songs.

Trends may vary according to the main writers, however we feel that we have a lot of songs that could not have been written in our younger years and songs which you cannot sing convincingly at a young age. That is because there are many things that come alive and are built on my current career and our current age.

We are trying to keep in mind to create lyrics which we can share with everyone, in overall, it can be said to be songs that express life, travel and universal love.

Please explain about each song of 「HOME6」.

・Phantom Alive
We have aimed to create the sound a little bit bolder and wild. We believe that we could express delicacy and explosive power since we are experienced.

Personally, Teshima does not like to travel by airplane, so we started writing with this kind of theme, but after all it’s a story about meeting everybody around the world by overcoming various obstacles through traveling.

And this song made us feel that it’s worth taking awareness of what happened in this pandemic year.

・ボディーチェック (Bodycheck)
We could make this song easy since it’s a light-hearted song. Also basically the members tend to be solemn and solid when performing this song. Actually, we assumed it’s not a bodycheck but a medical checkup, however we used a follow up title since there was a track called Bodyguard on a previous release. It is the same for all of you, if you say the greeting words “Please be careful” We feel that, ‘Let’s get a health check-up”’ is the answer, and in this way we interpret our ages.

・In The Display
This is also a pop-style song. But we assume it doesn’t sound like so. At first, we imagined an open-sound as if it is the sound we play in a large venue, however, when it comes to the thoughts for the sense of beat and the singing voice, finally, we came up with an idea of the style of which you would perform in a normal size music club.

Since we worked from our own homes, the more we worked remotely with our iPhones and Laptops, the more we found ourselves feeling uncomfortable and feeling that something was off because the tempo of our conversations did not also match in any way.

・Side Story
At the moment we wrote this song, we assumed ebi was going to sing it, however it turned out that the slightly clumsy Teshima sang the song which gave it an unique feeling. The lyrics are the side story of Teshima’s life. We wrote this song with the intention to make our guests, friends, musicians we play together with, people around, and various kinds of people would smile while listening to this song.

・Life Like Lights
At the moment of composing,we wrote the lyrics while thinking it was a popular song about Kawanishi. A senior who is over 60 years old, however, he is very active, vigorous and enjoying life. He does not show off anything and he can collaborate with people around him at all times, and he can lead and organize everyone and he can play like nobody else can on the stage. We put his essence into the song since we wanted him to lead everyone. Normally, it should be Life Like the Lights, however we made it simple.

Anyways, in order not to infect other people, we were taking actions such as living as if we were already infected. We were gargling, washing hands, disinfecting our hands with alcohol more than usual, therefore we spent the days normally. Oh, of course wearing a mask came to be a must though.

What was the trigger you chose for your current musical position?

Kawanishi didn’t mind which instrument he had to play so his position was chosen by the game “Janken”. EBI got inspired by the band ARB and since that day he is destined to play bass. Teshima wanted to do different things compared to others, and since he is from the countryside, he chose to play the guitar.

Who were the artists you were inspired by when you were young.

Lately, what kind of music are you listening to?

Well actually we don’t listen to music so often.

The PV of「Phantom Alive」was an emotional work with the feeling of resume live activities. If you can stand on stage again, would your feelings have changed compared to before?

We don’t feel any different about it, however, for a very long time, we have not performed to the fullest, so, we assume it will become our new power individually.

You have been involved in the music industry for a long time. What was the most shifted part in the music field compared to now and the past.

It’s all about speeding up, cutting costs, improving efficiency, which makes it very easy to be a performer.
Perhaps there was a much more clear distinction between those who would make a life as a musician and those who would simply make money through normal business jobs.

What are the most impressive activities of DENDAI?

That we all put all our energy fully into our activities. Also an impressive point is that we face our fans in a natural way.

Are there any goals you are aiming for in the activities from now on?

How more we release how better we can control what we have released, our biggest goal is to increase our discography at our own pace.

This time your interview will be translated into English. Could you tell us your favorite countries you ever have been to?

Teshima: Years ago I went to New Zealand and I loved it. The country felt quite similar to Japan. The cities and the population densities are quite different, however, the hygiene, the characters of the people, the sense of respecting nature and many other things felt very similar to Japan which felt very nice. However since I went there long ago I assume things have changed a lot.

Please tell me what your hobbies are, except for music.

Kawanishi: I love to read books.
EBI: I’m very mysterious about what I like or what my interests are.
Teshima: I’m into a lot of things, currently I’m into DIY.

Please share a message to your fans and readers.

We assume that everyone struggled in this whole year and that was a tough year for all of us. There are people who feel just frustrated, some of you have been or are in unimaginable situations, some of you are in total despair because you cannot do anything fun, and there are people who lost their loved ones, it’s not the end yet, currently there are still many more difficult situations. Sadly the end may still be far away, but we hope that everyone can find a way to live in such a difficult situation. To be able to smile again we need to think positive then we can figure out how to keep smiling even through struggling our way out. We hope that everyone who is in a difficult time now is able to speak their heart out to a trusted friend or loved one. Also it might be good to rethink and to cherish our relationship with our families and friends. Let’s stay strong! 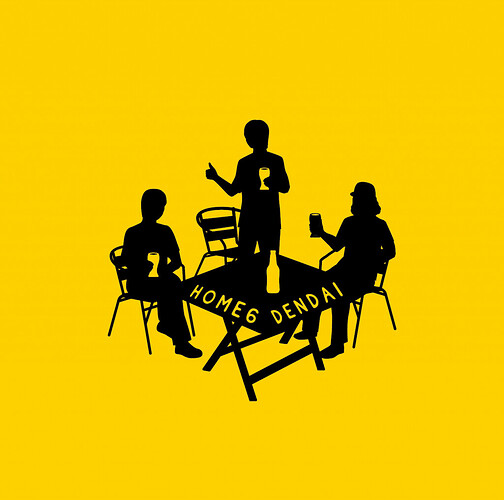 1.Phantom Alive
2.ボディーチェック
3.In The Display
4.Side Story
5.Life Like Lights 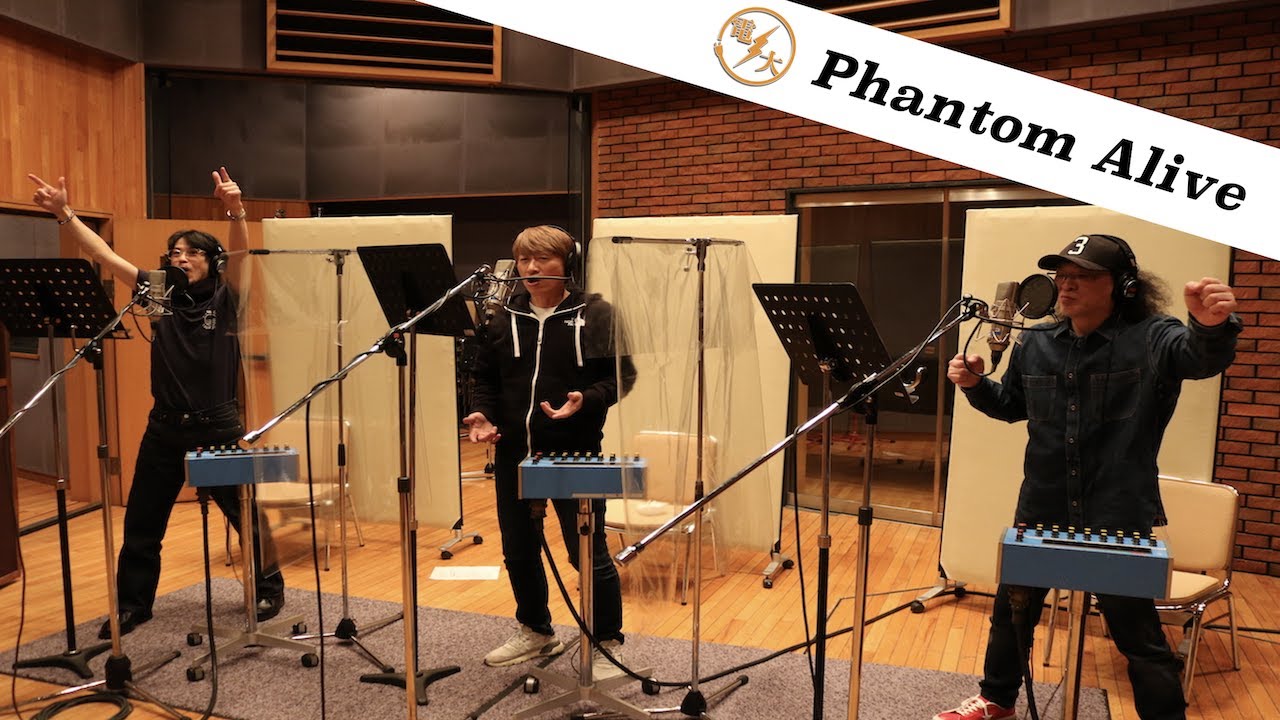