Meet ELECTRIC MAMA an alternative duo band, with the taste of classic & modern dance music, NEW WAVE and ROCK’N’ROLL. They formed at Osaka in 2004, becoming a major band in 2008. In 2015 they founded their own independent label and even until today they electrify the music scene in Japan with their unique rocking style. They don’t think of quitting ever, as they want to keep going until their very last breath.

ELECTRIC MAMA, thank you very much for this interview!

Some people may not know ELECTRIC MAMA, so please introduce yourself.

We are ELECTRIC MAMA (abbreviated as 略してエレママ) We are an alternative, NEW WAVE, and ROCK’N’ROLL band!!

Please introduce each other.

ARISA ZOMBIE: KENJI ZOMBIE is ELECTRIC MAMA’s track maker, DJ, and guitarist. And he is an absolute trustworthy master demon.

KENJI ZOMBIE: ARISA ZOMBIE is my old friend and the vocalist. She is sensitive, a drinker, a dancer, and a screaming fellow rocker!

ELECTRIC MAMA was formed in 2004. What is the secret to staying active as a band?

KENJI ZOMBIE: There’s still a lot of music that we want to express, so we’re in a state where we’re constantly writing new songs, releasing and doing live shows.

What is the origin and meaning of the band name “ELECTRIC MAMA”?

KENJI ZOMBIE: It was made by combining words that came to our minds. The name doesn’t have any particular meaning, but since we play electronic music, it seems to have a meaning as a result.

When and how was ELECTRIC MAMA formed? Also, how did you two meet?

ARISA ZOMBIE: We were classmates at a vocational school, and I thought Kenji Zombie’s taste in music was interesting, so I really wanted to form a band with him and I asked him to join me. We started a band right after graduation, and formed a five-member band. However, after about half a year, several members quit the band and we were left all alone (laughs). So, what should we do? Invite more members…? (laughs) Instead, we went into the studio together and started writing songs with just the two of us. We liked the experience and so we decided to do a live show with just the two of us. That was the beginning!

If you had to choose one kanji to represent ELECTRIC MAMA, which one would you choose?

ARISA ZOMBIE: 「魂(tamashii)」Soul.
From the time we formed [the band], no matter what kind of songs we wrote, we poured our souls into it. That’s the way we’ve always done it.

Why are live performances so important for ELECTRIC MAMA?

KENJI ZOMBIE: I feel that it’s meaningful to express our songs live and to have fans who enjoy it. Of course we’re happy when people listen to our recorded music, but it’s the live shows that brings us the most joy.

How would you like your fans to support ELECTRIC MAMA?

KENJI ZOMBIE: I want you to watch the live performance, and if there is a new release, I want you to remember the song(s). I want our music to be a part of people’s lives.

We live in the world of Corona, but what have we learned from it?

ARISA ZOMBIE: Now I can see much clearly what’s really important in life. I felt that my daily life was not normal and I became very motivated to make sure that I could achieve what I wanted.

KENJI ZOMBIE: I think there are many bandmen who find it difficult to do musical activities now, but I think it’s time to do it. For me, I thought it was important to keep doing it.

Did Corona have any positive impact on your life? For example, more close friendships with your fans?

KENJI ZOMBIE: In reality, there were times when it was difficult for us to perform live shows, but we were energized by the people who came to our live shows and watched our livestreams. Our fans who look forward to our live performances and releases are the reason why I can do my best even under such circumstances, and I felt that I have to respond back to them.

Why did you want to be a musician?

ARISA ZOMBIE: I really wanted to be a painter, but when I was in high school I formed a band and stood on the stage, and the desire to be a musician jumped over the tingling sensation of wanting to be a painter.

KENJI ZOMBIE: My father used to be in a band and we had guitars and vinyls at home. I didn’t know what kind of path I wanted to take until I graduated from junior high school, but my father gave me a guitar and that’s when I got into music.

What is the biggest challenge of being a musician?

What inspires you to write new songs?

ARISA ZOMBIE: When I am watching movies and checking out art, I feel inspiration popping up.

KENJI ZOMBIE: When I listen to music that I’ve never heard before, it burns me up too (laugh) Also, when a sound suddenly pops into my head, I immediately start writing a song.

BAR or Izakaya, where do you like to drink the most?

ARISA ZOMBIE: Regardless if it is a bar or izakaya, I like to drink at a place where I think “this place is neat”

KENJI ZOMBIE: I like to drink beer at the live house after a concert.

What makes you smile?

What do you enjoy the most when you stand on the stage and play your songs to the audience?

ARISA ZOMBIE: When I see our audience making a face to show that they are enjoying it wildly.

KENJI ZOMBIE: When you have a miraculously good performance, or when you improvise in the spur of the moment.

Is there anything that you pay attention to when you perform a live show?

ARISA ZOMBIE: When the show starts, turn it on! Don’t let the atmosphere be interrupted.

KENJI ZOMBIE: Be conscientious, yet violently!

Which song / album is ELECTRIC MAMA most proud of? Please choose one.

ARISA ZOMBIE: They are all important to me, so I cannot choose any one of them.

KENJI ZOMBIE: I can’t choose, but the album that took us the most time to produce was “Moment”. I cried when I heard the completed version of “Andromeda(ンドロメダ)” on this album (laugh).

What is the biggest inspiration for making music?

KENJI ZOMBIE: For example, if I have a scene in my mind, and have sounds that match the scene that came to mind, I can connect them together to create music. Before the sound, a memory or an imaginary landscape comes to mind.

What is your favorite place to write a new song?

ARISA ZOMBIE: At home, in my room. When I’m busy with songwriting I’ll be concentrating on it 100%, so then I won’t leave the room at all.

KENJI ZOMBIE: Also my room. When I’m making an album, I buy food and stay in there for days!

What is your inspiration for writing lyrics?

KENJI ZOMBIE: I have an image of the melody and scenery first, and then I pull out the message that I want to convey.

Your last single is “Ley Line” what’s the story behind the lyrics?

ARISA ZOMBIE: I packed into it my thoughts and feelings about the events that happened this year.

What is the idea behind the music video for Ley Line?

KENJI ZOMBIE: It’s the joy of being able to perform live shows.

In June, we suddenly had to do an ONEMAN via livestream, and the video from that live was amazing, so I edited it to make this MV.

There are also scenes of cities around the world in this MV, also I tried to convey the feeling of “the world is in a difficult situation, but everyone is trying to make it through”. 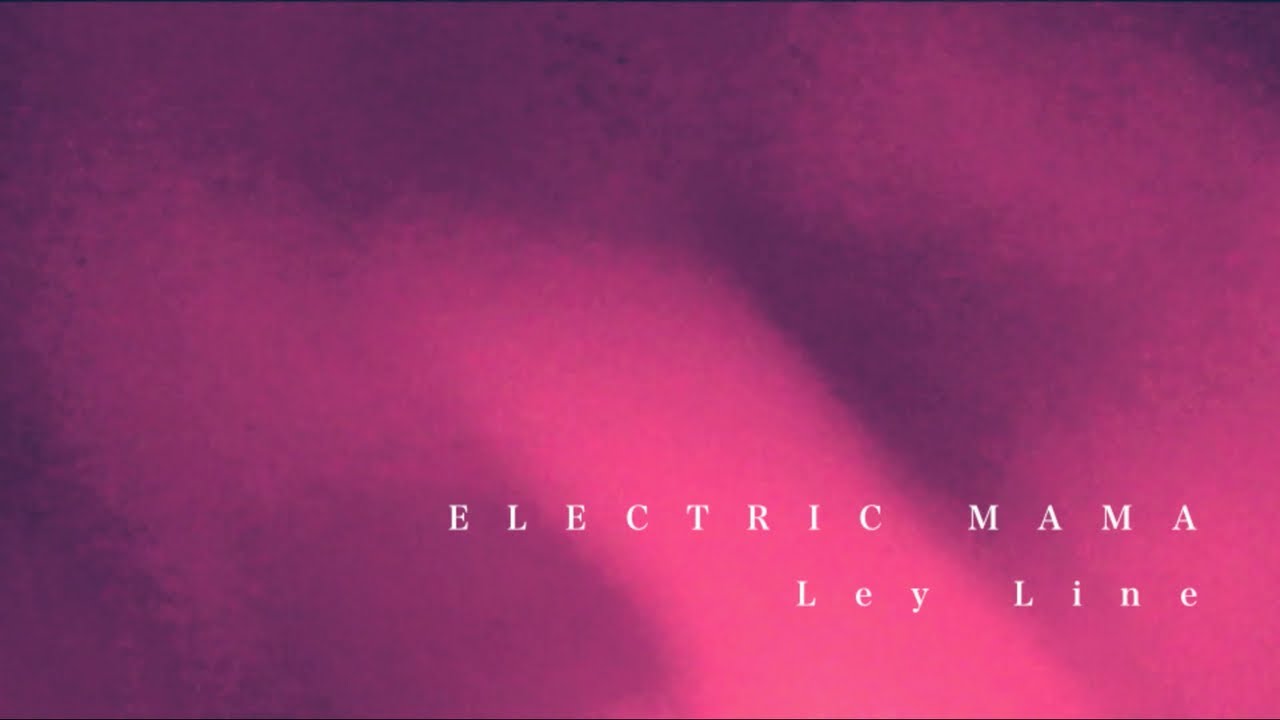 Why did you choose the title Dual Core?

KENJI ZOMBIE: In terms of PC’s, having two CPUs in a computer is called a Dual Core. We are a two-person group, and I thought the word Dual Core would fit perfectly. Besides, the sound is cool!

What was your biggest inspiration for creating Dual Core?

KENJI ZOMBIE: We hadn’t enough songs to release an album this year, so we decided to release a DVD instead. There is a live house called “Fireloop” where we often appear, but when I heard that they formed a video shooting team, I got interested and asked if they could help us to film a live footage. It felt refreshing and new to combine our live show with the direction of the film crew, so we decided to do it.

What do you want listeners to feel when watching Dual Core?

KENJI ZOMBIE: It’s an uncut shot from the beginning to the end, so I want you to feel the realism of the live show. The VJ, lighting, and camera work are also cool, so I hope that you would also pay attention to it.

Are there any interesting things about Dual Core?

ARISA ZOMBIE: It’s a one-shot live DVD, but in reality we still had to reshoot it many times. (laugh)

KENJI ZOMBIE: You can’t just start over whenever you mess up a song , so we had to start over from the beginning when we messed up.

What was the most enjoyable thing when you were making Dual Core?

ARISA ZOMBIE: I enjoyed the meetings when we were talking about the concept of the DVD.

KENJI ZOMBIE: That producing the CD was a lot more amazing than I had imagined.

—- You have released various music videos so far —-

Please tell us something about the shooting of the 生命のダンス and 普通じゃない MV.

「生命のダンス」 We wanted to make the atmosphere feel like the late 90’s to the early 2000’s, so we decided to finish it with a slightly old-fashioned feeling.

「普通じゃない」 We tried to create a strange feeling that the song and the video doesn’t seem to match, but in fact, they match very well. It’s like there is a sense of life and unreality together.

Please tell us about the concept of 生命のダンス and 普通じゃない.

Both songs do have a warm and cold side. Both still feel like two sides in music, the lyrics and melody are created with that in mind. Also both songs are about love, but we wanted to create a feeling that it was not straightforward.

Please tell us some background stories about both songs.

KENJI ZOMBIE: 「生命のダンス」 At the end of the video, I break my guitar, however it wasn’t that easy to break it. Surprisingly, a guitar is really hard to break.

「普通じゃない」 This is a one-camera, single-shot music video. I like the shopping street at night because it was dark, intricate, and had an underground atmosphere to it. After the shooting, we had a launch party at a Korean restaurant in the same shopping district. 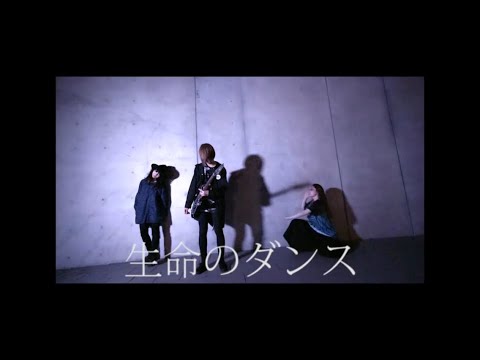 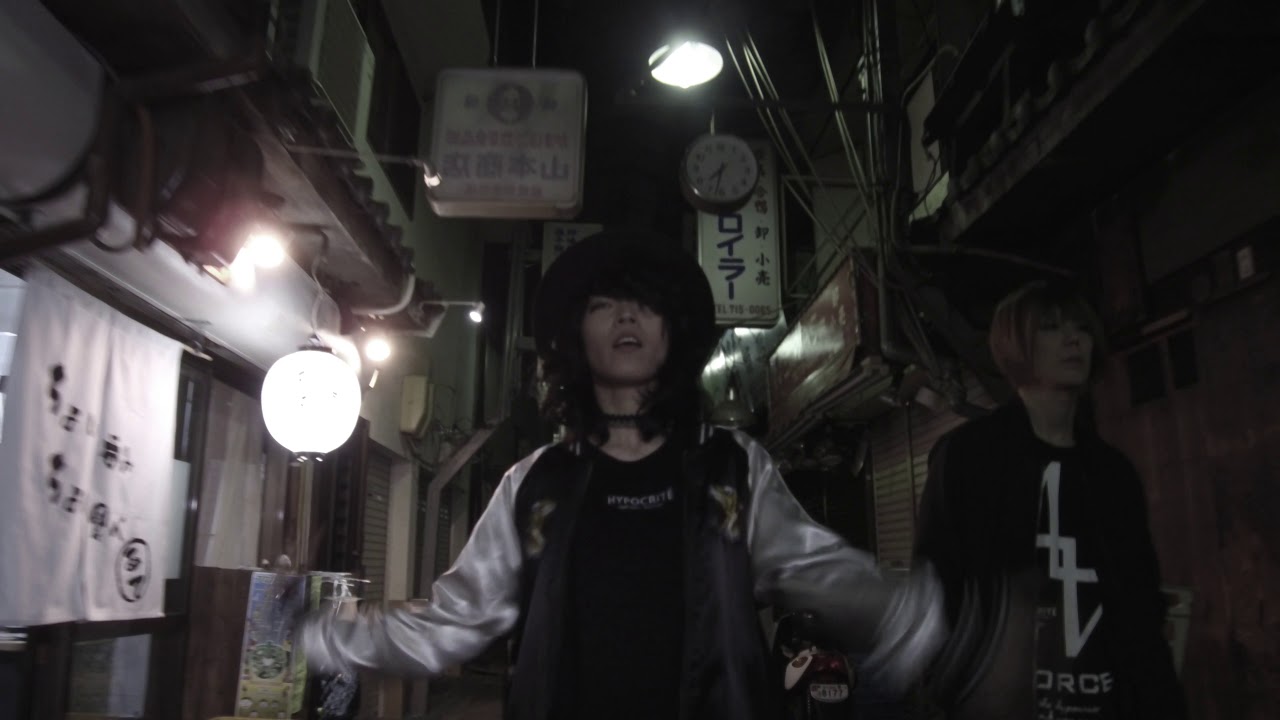 If you were to have a guest musician for a concert, who would you invite?

Where would you like to go if you were to perform overseas?

KENJI ZOMBIE: Also the UK, there are too many bands I admire from the UK!

What is the ultimate future goal for ELECTRIC MAMA?

ARISA ZOMBIE: Being active for life, ROCK’N’ROLL for life!

KENJI ZOMBIE: To create many songs which people still listen to, no matter how much time has passed and changed.

Why should someone listen to ELECTRIC MAMA? What’s so unique about it?

ARISA ZOMBIE: It’s both powerful and delicate, pop yet artistic, dance music and ROCK’N’ROLL and it contains love!

KENJI ZOMBIE: We’re creating dance music, yet with the taste of ROCK’N’ROLL. It’s retro as well as modern. It has the sense of balance that doesn’t fit into just one box.

And lastly, please give a comment to your fans and readers.

KENJI ZOMBIE: Currently we are always doing the coolest thing ever done, so please keep an eye on our live shows and releases. ROCK’N’ROLL

Thank you very much for this interview!! Please keep rocking!