Hanabie。First of all, thank you very much for this interview!

Could you please introduce Hanabie。 in a good length of paragraph? Please tell me something about your history and your biggest highlights!

We are an all female LOUD ROCK band that is mainly active in Tokyo. Our style is inspired by MELODIC HARDCORE, LOUD, and METAL CORE. With shouting Vo. Yukina and clean Vo./gt Matsuri combination. We are developing a fierce live show atmosphere with a sense of speed that has a gap from our appearance.

Could you please introduce yourself, please tell us something interesting about yourself.

We describe ourselves as an angel with the voice of a devil.
I’m Yukina the shouting vocalist.
I’m Matsuri and I have three faces; the clean vocalist, guitarist, and bandleader.
I’m Sae, the drummer and my street name is “heavy smoker”.
I’m Hettsu, the flashy-haired chorus singer and bassist.

How have you met each other?

We are all huge fans of MAXIMUM THE HORMONE so we decided to form a copy band. All of us have different musical roots and we mixed them together which became our current music style.

Hanabie。 has already been around for a long time, what’s the secret of being still an active band?

We just like to “Say what you feel“, so we communicate a lot with each other.

Why did you want to become a musician and why did you decide to play the instrument you play now. And for Yukina, why did you choose to sing and not to play an instrument?

All four of us found ourselves as musicians.

In Matsuri’s case, she has been playing the guitar ever since she was a little girl and loves to sing, so she performs with those two skills.

In Sae’s case, when she started to play, her first band only had the drumming spot available.

In Hettsu’s case, when she joined the Music club, she had a hard time deciding whether to play the drums or the bass guitar, and since she had played the drums in club activities when she was in elementary school, she decided to chose the bass guitar, which she had never played before.

In Yukina’s case, although she was the one who gathered the members, it just happened that all the other members had already decided on the instrument they wanted to play and there still only the spot as vocalist available. (laugh)

Hanabie。 plays a lot of lives. How do you feel being on stage? What kind of feeling do you receive when you enter the stage?

We enjoy every minute of it! We feel like we are getting stronger! We are absolute warriors!

You have released your full album『OTOME KAIKAKU』 on January 14th and 17th. The CD jacket is really cute, but also has a naughty feeling. (laugh). What’s the story behind the jacket?

It’s a design full of maiden spirit and cuteness, based on the themes of songs like Sentimental☆Heroine and L.C.G!

We asked him because he was an acquaintance and was able to draw an illustration that fits the concept of the album.

The concept theme is a maiden’s heart.

Our last mini-album was called “Flowering Declaration”, so we decided to unify the four kanji characters. The theme and message of our songs on the album are; “Let’s be a strong maiden!” . 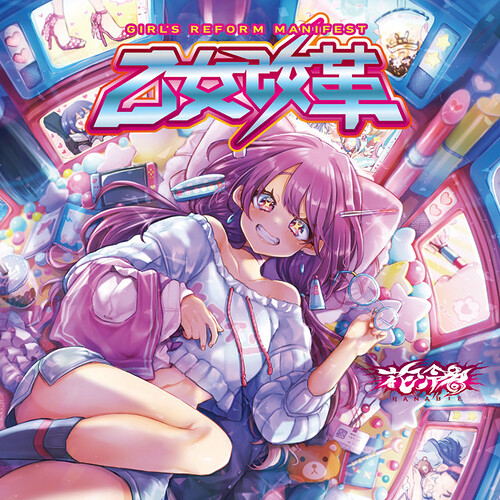 Please highlight 4 songs of 『OTOME KAIKAKU』 and write some self-liner-notes about the songs you wish to share details on.

Sae’s Choice:
05 令和マッチング世代 (Reiwa dating apps generation)
This song is based on the popular dating app. This song was a new challenge because of the speedy rap, which makes it a unique highlight, but also the grooved drums are also one of the highlights. This is the number one song that you should listen to. When you are paying attention to the bass drum, you can notice its irregular phrases mixed in!

Yukina’s Choice:
03.ぶっ壊す!! (BUKKOWASU !!)
This is an arrangement of an original song I wrote in high school called “Crash over”. It’s filled with our history, including our three years in the high school parlour music club, our first live concert, and our second place at School’s Out!

Matsuri’s Choice:
02.センチメンタル☆ヒロイン (Sentimental☆Heroine)
A woman’s makeup is not only just for appearance, it’s her armor too! That’s what this song is about. The song itself is fast and aggressive, but the lyrics express the delicacy of girls and their intention to become more confident and strong through using make-up.

Hettsu’s Choice:
07. 我甘党
This song is for those who have a sweet tooth and love sweet foods. You get hungry late at night and want to eat something sweet, and all kinds of temptations come at you. “I don’t want to get fat!”, “But I want to eat!”. This song expresses the conflict between the two contrasting emotions. 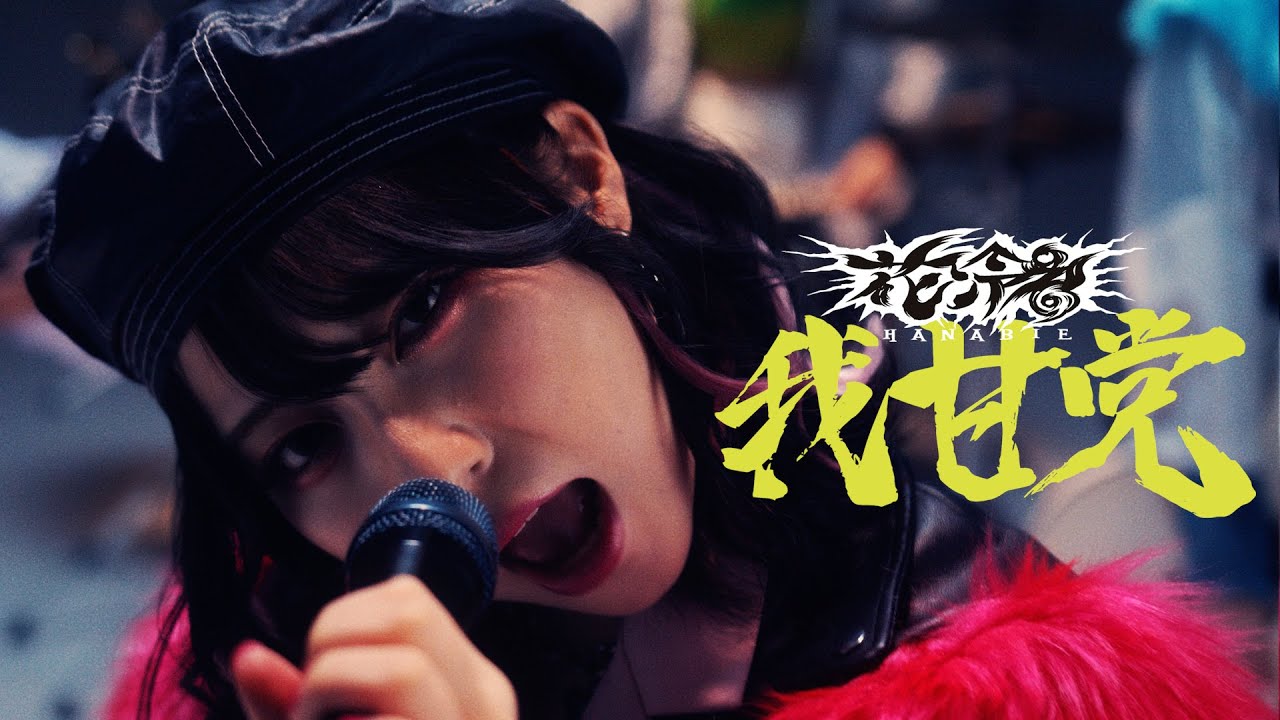 What was the hardest part to complete of 『OTOME KAIKAKU』?

The recording was a pain in the ass, because it was our first time to produce so many songs at once in a short period of time.

Why did it take so long to finally release a full album?

As students, we didn’t have enough time and money, and it certainly took us a long time to complete the album.

Since you are a female band, do you face any difficulties in the music world? Is there any discrimination, or things “male” bands achieve more easy?

On the contrary, we think that the best thing about it is that we can play songs and perform shows that male bands can’t do. We never felt any discrimination because everyone treats us equally regardless of gender!

To which countries would you love to travel too? For vacation(private) and for band stuff.

For a private trip:
Yukina would want to go to Santorini in Greece.
Sae wants to eat pizza in the US.
Matsuri wants to eat and drink a lot in Korea.
Hettsu wants to experience the difference between the north and south of Italy.

As a band, we made it to the finals of the Japan Expo competition to perform in France, but we didn’t win, so we want to go to France to perform!

What’s the most difficult encounter you faced in Hanabie。’s activity?

The biggest encounter for us has been facing the coronavirus. We were especially conflicted by corona in 2020 because it has greatly limited the scope of our activities.

Corona is still in this world, how does Hanabie。deal with it?

We will do our best to send out the music we can while trying to prevent the spread of infection.

Does Corona also have a positive impact on Hanabie。?

It gave us the opportunity to start different kinds of activities such as youtube and crowdfunding, which we would not have done if corona didn’t exist.

How do you see the future of Hanabie。?

We wish to sell our music crazily in Japan, with an eye on expanding to the overseas market.

Please give a last comment to your fans and readers!

Thank you for your support!! We will do our best also in the future! Thank you!

We came to the end of the interview! Thank you very much!
Please continue your future road! !! We will support you!