Because i.D.A and NPC are getting more and more popular, I decided to translate their very first interviews. i.D.A had some member changes in the meanwhile while NPC are still going under their original lineup!

Please enjoy both interviews because they are still very fun to read!

Oh… both interview translations are added on their official homepage and not via my own site. So please read them over there! preview and links are below! 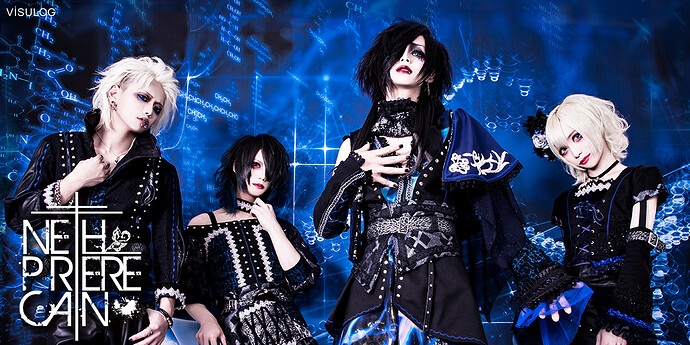 『Vijuttoke』 2019/02（Vol.83）
Double River Record tells the story of two brothers. With the new establishment of releasing the same song with different arrangements by varying bands, the brother band NETH PRIERE CAIN, who bears the name of Cain, strives to create excitement in the scene, has officially started!

■ First of all, please tell us about the concept of the band.
Vo. Itsuki (樹): The concept is a sinner’s prayer. No matter how evil it is, it means sticking to your beliefs.

■ I’ve heard that many bands are like brothers, but I’ve never heard of an official brother band.
Gt. Syuri (珠璃): We and our younger brother band, i.D.A , released the same song with the same title as our very first release named 「神話双星記(Shinwa Soseki)」. This kind of release-idea is quite new and something that only brother’s bands like us can do. We hope to continue to do new and interesting things that only we can do, so please pay attention to our future activities.

■――Please tell us how NETH PRIERE CAIN was formed.
Vo. Itsuki (樹): Once there was a time when I was dying, and my friends came to me without any notice. And they told me that they needed me, told me they liked my voice, so from that day on, I decided to start a band. Well, how much of that is the truth…?
Gt. Syuri (珠璃): I’ve been looking for someone for a long time, and I finally stumbled upon this person! The person was “Itsuki”. Since that day a lot of things have happened…really a lot (laughs).
Ba. Chigusa (千草): When I was walking aimlessly around Itsuki found me and picked me up.
Dr. Kenji (剣路): Us four happens to be in the same prison.

You can read both interviews here:
http://n-p-cain.com/interview.html 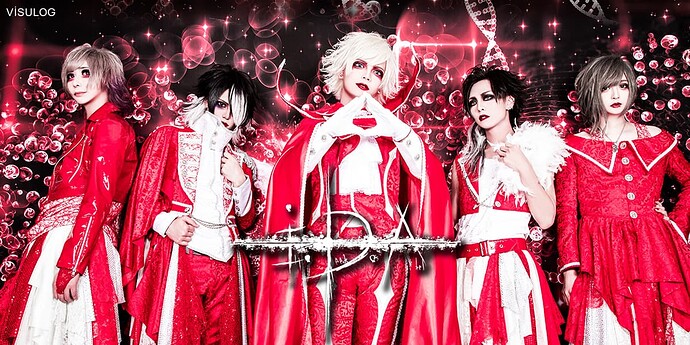 『Vijuttoke』 2019/02（Vol.83）
Double River Record started to tell the story of two brothers. With the new addition of releasing the same song with different arrangements by each band. The brother i.D.A, who bears the name of Abel, are to make a big noise in the scene, has started!

■ First of all, please tell us about the concept of the band.

i.D.A., a secret society that destroys adults and traitors who cannot be judged by the law.

■ I’ve heard that many bands are like brothers, but I’ve never heard of an official brother band.

Xenon: We are always watching them as sinners, we’re now dealing together to bring them to justice at any moment we can.

Bassist Near and Drummer Naki have left i.D.A in the meanwhile, however their answers are still fun and interesting, so please enjoy reading!

■――i.D.A, It’s your first appearance on ViSULOG. so, please introduce yourself.

■――Please tell us how i.D.A was formed.
Xenon: For me to be me.
Rion: The band was formed to satisfy my desire for approval.
Rize: I was the last member to be chosen, but Near persuaded me to join the band.
Near: Because I had ideal members that gathered together.
Naki: It was formed by a bunch of guys with a common goal.

You can read both interviews here:
http://i-d-abel.com/interview.html

Thank you for the translation

There is a bit more, (not a interview) Will translate that on a later moment too.
Which was removed on ida website, but it still on npc website.
To which I guess ida doesn’t really follow their original concept anymore since NEAR(Nia) left.

I’m really glad to see people love them, so then its also more fun to translate something which people surely will enjoy!

There is a bit more, (not a interview) Will translate that on a later moment too.
Which was removed on ida website, but it still on npc website.
To which I guess ida doesn’t really follow their original concept anymore since NEAR(Nia) left.

this is probably a ridiculous question but… are these two bands (NPC/ida) the same people, who in character pretend they’re not the same people?
a la ナイトメア / 仙台貨物?

or are they just eight(nine?) different people who collab on themes & promo material?

They are really different people.