Interview with NINTH IN PLUTO

NINTH IN PLUTO, thank you very much for answering this interview.

・ Please introduce NINTH IN PLUTO to us.
Our band will start in April, 2022, with the concept of “characteristics that humans should not have“. Also we’re a Visual Kei Metal band.

・ How did you all meet each other?
Zero and Toma already knew each other. Toma introduced Yosuke, Yosuke introduced EN and EN introduced RAIKA.

・ What’s the origin and meaning of the band name?
We all love spirituality, so it includes the meaning of the occult, the universe, destruction and rebirth, transcending everything in this world.

・What’s the reason for choosing your current instrument?
Zero: To express myself with my whole body.
Yosuke: Because I wanted to create distorted sounds.
Toma: Because it suits me the best.
EN: I wanted to play the guitar however by mistake I received a bass so I started to play it.
RAIKA: Because it’s cool♡

・ What’s the meaning behind your concept line “characteristics that humans should not have”.?
If everyone had love, respect and understanding for each other, the world would be a rich and beautiful place, but it is the ugly and dirty nature of human beings that prevents this.

・ Why did you choose to be a visual kei band? What’s the thing that only can be expressed with this genre?
We think that visual kei is a genre that can be visually expressive and anything. However, in the future, we would like to express ourselves not only via the visual-kei but just as “genderless” band.

・ You are going to hold two consecutive start-up live concerts in Osaka and Tokyo in April. Please share your enthusiasm.
Zero: I’m gonna to burn into someone’s memory to the point of disgust.
Yosuke: I wanna make sure that as many people as possible know about our existence.
Toma: I’m gonna challenge my own spirit to change the scene!
EN: It will be our first step on the stairs, to bring us firmly to the top.
RAIKA: We will show everyone that we are the most powerful band♡

・ What is the best thing about standing on the stage?
Zero: The feeling of freedom.
Yosuke: Balance between tension and accomplishment.
Toma: Being able to express ROCK’N’ROLL.
EN: Dissipation of the urge to destroy.
RAIKA: The feeling of being alive.

・ What is your biggest inspiration for making music?
Zero: Emotional Outbursts.
Yosuke: Accumulation of life experiences.
Toma: The daily emotions which are still inside you.
EN: Things you don’t like about life, anger, and negative emotions like that.
RAIKA: Embodiment of inspired images♡

Let’s talk about your 1st MV “月蝕 (Gesshoku)” which was released on January 31st. 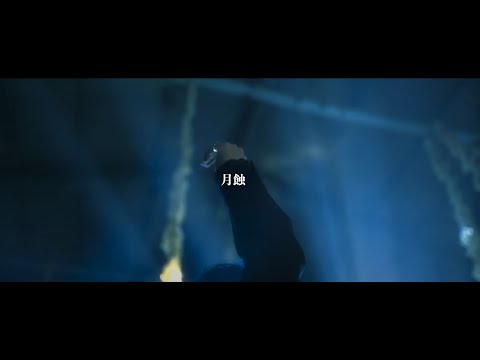 ・ What’s the reason why you named it “月蝕 (Gesshoku)”?
Yosuke: No reason, the title just came to my mind.

・ What is the concept behind the lyrics of “月蝕 (Gesshoku)”?
Zero: To be angry at a world where people who do not make any effort themselves but only complain and want to bash at every opportunity and kill those who are making efforts.
Yosuke: It’s a fusion of classical, visual kei and extreme metal.

・ The music video for “月蝕 (Gesshoku)” has a solemn beauty with a ray of light shining through the darkness. How did you come up with the idea for this music video?
Zero: My Childhood experience.

・ Do you have any stories about shooting the music video?
Zero: It made me very tired.
Yosuke: It was really hot.
Toma: It was shot in a warehouse deep in the mountains.
EN: Deep in the mountains, the cigarettes tasted good.
RAIKA: The heavy rain was terrible

・ Your 1st album “NINTH IN PLUTO” will be released in April. Please tell us about the production process.
Zero: I don’t know how far we will be by the time everyone reads this interview, but as of this moment, we’re about 90% done.

・ What’s the/your response to the album?
Zero: If you listen to it, you will understand it.
Yosuke: We are proud of all the songs.
Toma: We received it.
EN: It’s created by a collective unconscious, grotesque, dope and brutal monster,…
RAIKA: Only confidence♡

・What is the best thing about being active as a band?
Zero: A sense of unity between the members and our fans at our gigs.
Yosuke: The Output of life experiences and the place of meeting new people.
Toma: Where you can make up for what you lack.
EN: To have fun, it’s stress relieving and it’s just enjoyable.
RAIKA: It’s fun♡

・Due COVID-19, the environment has changed dramatically from before. Has this affected your values?
Zero: I just do what I can do at the moment.
Yosuke: I decided to live each day to the fullest more than ever before.
Toma: ROCK’N’ROLL ain’t got nothing to do with it.
EN: Because there are many things to be careful about and various things are difficult, I put all those feelings into our sound.
RAIKA: There is not really something, but I just do what I can do in this time♡

・ What’s the most difficult thing about being a bandman?
Zero: Always fighting against yourself.
Yosuke: Repeated trial and error.
Toma: It is not particularly difficult.
EN: It’s easy because I’m a band member just by being alive. It’s not easy to live, though.
RAIKA: To never run out of inspiration.

・What are your future goals?
Everyone: Going on a world tour.

・ Please share a final message to your fans and readers.
Zero: Please feel my existence.
Yosuke: Our band is confident and really cool!
Toma: Come to see us!
EN: We hit and smash any feelings. Please share your feelings with us too.
RAIKA: Please come to see us♡

RAIKA: The cutest metal drum girl in the world♡

He is a dude right? I hope he will be fine that everyone will gender him as girl now and call him, “her” instead

He is a dude right? I hope he will be fine that everyone will gender him as girl now and call him, “her” instead

I guess he is?.. but he really wrote “GIRL” in Japanese. I double checked that

Nice interview, I’m looking forward to their album too

The “is nothing good ever coming again” thread got me a bit sad thinking how I too only keep digging up old stuff beside like 4 active bands, but these guys seem promising, screams don’t feel empty…feeling NAZARE. Looks like I missed out initially not ever checking news.