Now when I say dark metal I mean something that’s easy listening, music that intertwines with the lyrics, has something about reality or fantasy without getting edgy, smooth transitions.

Definitely not screamo or heavy metal.

Edit : as a reference I’m thinking kind of things like the first minute of “crevasse” by nightmare

This is incredibly specific…

Dark Metal but no Heavy Metal??? Um, What??
Here, Black Metal leave it or take it: 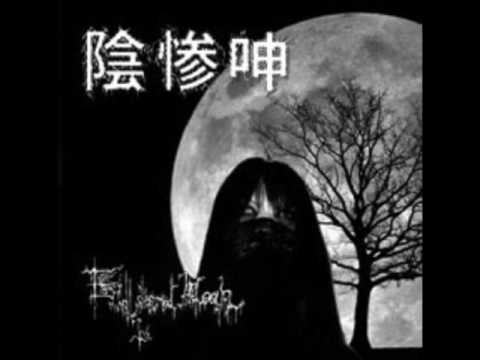 “j-rock hip hop” kinda contradicts the “dark metal” label, unless you mean Nu Metal, which is however edgy…

I think you need to specify what you mean with the term. I remember Dark Metal historically was a very popular word thrown around 15 to 20 years ago when it described a whole plethora of stylistically different bands, from Gothic Metal á la Type O Negative, commercially successful Black Metal bands like Dimmu Borgir, edgy Industrial Rock/Metal like Marylin Manson, Synth Rock such as Zeromancer to Dark (Hard)rock á la HIM. All of that stuff had no direct relation to each other and all of it was extremely edgy (and also kinda cheesy).

Tbh, I am not sure if there really is an equivalent of this in japanese Rock/Metal or VK. D’espairsRay and Suicide Ali came kinda close to be a japanese Industrial/Synth Rock band. Lament. did melancholic, dark hardrock (with Metal influences). Something very similar in this vain can also be found in bands such as MiD DERACINE, Sugar and Schmelz Cure. But no idea if that’s what you want…

I have never seen Dimmu Borgir labeled dark metal, nor any of their peers. Not sure I’ve seen Type of Negative called dark metal either. Or any of the other bands you name. I do remember HIM being labeled “love metal”, tho. That shit was hilarious.

I have however seen bands like Bethlehem (who coined the term back in 94 with their debut album, Dark Metal), Ajattara, Strange New Dawn, Moonspell, Tiamat and a few other names of certain size. Not a big fan of the label myself, as it really doesn’t say much about the music aside from the fact that they blend black metal, the more depressiuve and dark side of doom metal and to a certain amount some elements of goth. But a lot of bands do that without being called dark metal, so it doesn’t really make much sense.

But Bethlehem is the way to go for “dark metal”. Dictius Te Necare remains their absolute masterpiece, but both Sardonischer Untergang im Zeichen irreligiöser Darbietung and Dark Metal are fantastic albums as well. Especially S.U.I.Z.I.D. It lacks the desperate and over the top vocals of Dictius Te Necare, but it’s still pretty desperate and crazy for its time. Sounds like he’s in quite some pain.

Well, in the German Dark Alternative scene, especially in the circles of the “Schwarze Szene”, the term was applied rather loosely and I def seen people, especially alt music magazines like German Sonic Seducer, Orkus, Zillo, apply the term to Dimmu Borgir. The 00s were generally a time when labeling became somewhat convoluted, to the point that some music “writers/journalists” invented extremely silly ones. Love Metal was one of them and I remember that well.

See, Moonspell and Tiamat were also considered Gothic Metal. So yeah, Dark Metal as a genre descriptor isn’t quite useful, personally I tried to avoid using it, because there doesn’t seem to be a real consensus about what it is.

Tbh, I never really looked deeply into Betlehem, despite liking Death Doom and Gothic Doom Metal. I should really do that one day. From the description they sound Celtic Frost-ish?

That’s just weird, as it’s always been super easy to pin a genre to Dimmu Borgir. Kinda surprised by this, but I’ve never had a foot in any dark alternative scene, so I don’t know how they see things.

Yeah, I know they both evolved into gothic metal/rock for most part, but it’s only a genre applied to the early, more black metal inspired stuff like Wolfheart and Irreligious, which both fits the black/doom/goth tag very well. Same goes for Tiamat. It were usually their earlier stuff that used to be called dark metal. Especially The Astral Sleep and Clouds. First one is very black metal oriented, albeit with loads of death-doom and hints of gothic. Clouds is more death-doom oriented with hints of goth, but the black metal is very much toned down.

But yeah, it’s a useless tag, although loads of great music has been categorized as such.

Nah, they’re pretty far away from Celtic Frost, but it’s hard to describe what they sound like. They’re incredibly unique, and even to this day their first few albums stands out as different. But old Bethlehem is what you’d get if you mix Katatonia’s Dance of December Souls, Celtic Frost’s Into the Pandemonium and Strid’s Strid and End of Life, and Deinonychus’s The Silence of December Deinonychus. Crazy good stuff too, if you ask me.

that makes me think more of something like this (ok, they are not mainstream thou)

I was thinking more of fuu no zenshin by kra
Or crevasse by nightmare, heaven by Heidi.