Not sure if theres ever been a thread about this before or not, nothing showed up when I searched for it, sooo..... I made this thread as an attempt to both index and discuss any and all kinds of lost media from the Japanese music sphere. Im talking...

Refer to that topic, but I wanna go more deeper.
Please drop any “unknown” band information in this topic.

Also I am still searching to the real origin of “visual”.
Since there is a band called “visual scandal” which was formed in 1979~1980.
So anything which leads to the true “grounders” of visual kei, please drop it here.

I guess Ill kick things off.

Starting with REVIVE 『Sac Ri Fice -サクリファイス-』was never released officially and only played live during a contest event to see who can guess how many times Haru says Sacrifice in this song (That aside an amazing song btw ^-^). The winner got a gift card or something. There are others as part of revive’s weird project thing they have but im too lazy to find each one it will take a while.

Another one is MERALOA - IDEA. Never studio release only has an MV and they played it at lives. Good song unfortunately all their music is limited live.

Dunno much of this band but i think Unsaw - SEVEN wasnt officially released and only played live. Anyone can correct me if i am wrong.
(Sorry for the typo)

The Visual Kei band ゴア (Gore) who became the current band どく (Doku) had a song called 自殺幇助 (Jisatsu Houjo) and a song called 被験体 (Hikentai) nether of which seem to be mentioned on sites that list their discography. 被験体 can be found on youtube here: https://youtu.be/AAI7Y4RAov0

but 自殺幇助 doesn’t seem to be anywhere it apparently used to be on youtube but was taken down. If someone wants to hear it I could send them it. Also in between the bands Gore and Doku was a session band called おぎゃー (Ogyaa) who didn’t have any releases but posted a demo of Doku’s song 少数派迫害帝国日本: 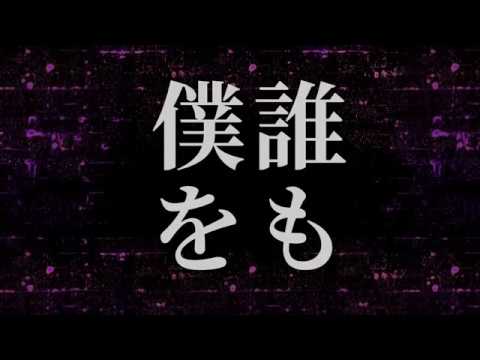 and a song that wasn’t released anywhere else: 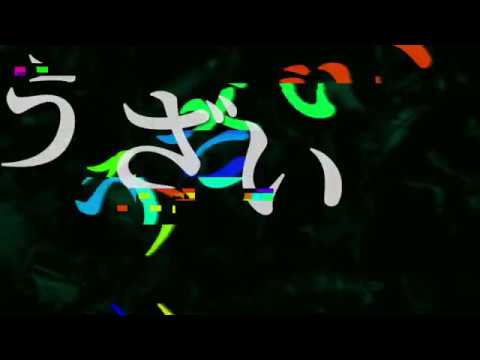 Both of which are unlisted videos.

Thought I’d contribute an interesting find I recently made as well as some others I was already aware of. All of the following digitally distributed singles by TO DESTINATION. Both of these websites technically still exist but they have long since changed their functionality and terms of service. These singles are no longer available anywhere to purchase online.

It’s unclear but the following songs from MagicaLMakeR.com may have appeared on TO DESTINATION’s ～復活～(resurrection) live 無料配布CD(free distribution CD) released 2007/6/23 at GRAM HOUSE or they may have been exclusive to MagicaLMakeR.com. Without the CD there’s no way to know. MagicaLMakeR.com gave this notification to users prior to remodeling their website マジカルメーカー終了のお知らせ (Notice of the end of magical maker).

The monstar.fm singles have also been lost do to them similarly remodeling their website A physical CD single release of BLACK CAT at an event by the same name at GRAM HOUSE was sold on 2010/11/14, but is extremely rare never seen it anywhere.

Also it could be noted that re-recorded versions of: BLACK CAT, sky of the destination, 乱舞, and cry for you. Were on their first album, self titled “TO DESTINATION” on 2018.11.01. Featuring their new bassist at the time yoc f.k.a. 夜紫.

They also have several unreleased songs on their old official myspace: EDEN New Century, desire~Re-make~, mirage, and 何度も・・・. Bloodstream~prologue~ was also an unreleased song but was later released on their first album simply as Blood Stream. It had been the intro music to their live shows for years. But these however are still available online. Here:TO DESTINATION's Songs | Stream Online Music Songs | Listen Free on Myspace

I found some interesting media a while back that I think belongs in this topic. It’s not lost anymore because I found it. 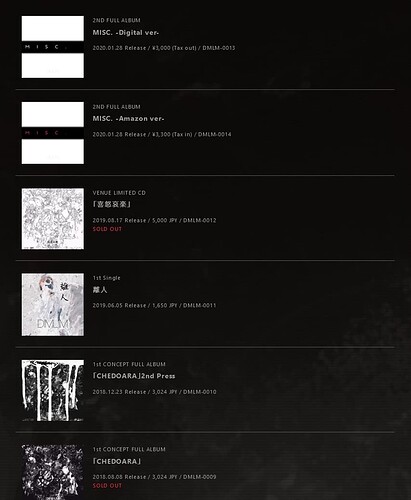 They also have a different cover than either of the originals or the cover on CHEDOARA. I honestly don’t know which is which. I don’t feel like pulling them out at the moment so here is an old picture of them that I cropped.

Look real hard if you don’t believe me. They are not the same as what’s listed on vk.gy. 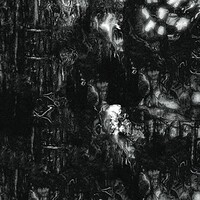 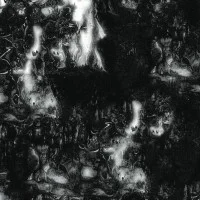 So what are they? I have no fucking idea. The only clues I have to go on come from the listing of the auction itself, which I ran through DeepL. This was the important part.

This is the entrance bonus DVD from the 1st Anniversary one-man live at Niman Voltage on June 2, 2018. I’m not sure if this is a good idea or not. I’m not sure if I’ll be able to do it, but I’ll try. I’m sure you’ll love it. This is the first time I’ve ever seen it.

So by this point you’re anxious to know what’s on it. The answer is legitimately nothing interesting or of value. Here is my proof.

This is a cropped and zoomed in pic of the back of the DVD. The lighter offset indicates the amount of footage that was burned to a DVD and DVDs start writing data from the inside out. So yeah, there’s basically one minute of footage on each DVD of the hands of the members of the band writing on paper. One of them gets frustrated, crumples it up, and throws it away. I think they write the track names, DIMLIM, and a few other words I don’t recognize.

Unfortunately, the lore behind this item is more interesting than the contents. I don’t think any of us international fans were aware of the existence of this item prior to it surfacing on Mercari and then being purchased. The description of the item on the site is misleading as hell. “I’m sure you’ll love it”. Sir or madam, did you actually watch the contents of the DVD? I don’t think so.

And the kicker is that the part of the description I didn’t translate above indicates they lowered the price. I don’t know what it was before, but it certainly wasn’t worth ¥11,111.

Why didn’t I return it? Well it’s equal parts not wanting to deal with the hassle of sending something back to Japan and equal parts me finding it kinda cool to own something so rare and obscure that most fans don’t even know exists, even though nothing of value is on it. It’s a glorified ticket if I’ve ever seen one.

That’s all for this item I suppose. If anyone cares to dig up more information on it I’d be glad to read it, but I don’t think there’s anything else beyond what I already figured out.

Yet another bit of lost media that was recently found. Double post because it’s a different band.

Anyone who hangs around me long enough will eventually know that I will take any opportunity to talk about 8-eit. I’m not here to sell you on them, but rather to talk about the history behind their first single “in the other side”. This single was released in 2006 featuring four tracks. It was done independently, and so I’m assuming very few copies exist. I got into this band around 2009-2010, and what was available stretched back only to their third single “IMMORALITY”. No one I knew had seen or heard of this single, so I thought that it was going to be forever lost.

Cue 2021. At first, “in the other side” magically appears on the internet outta nowhere. At last, I got to hear it! But that wasn’t all. Someone I chat with on SoulSeek occasionally alerted me to an available auction of “in the other side” for dirt cheap. I tried to acquire it but was rejected for mysterious reasons. Somehow, he was able to acquire it.

He then proceeds to tell me there’s a fifth, untitled track not listed on vk.gy or the back of the CD, and whoever ripped and shared the release earlier in the year used software that didn’t detect it. I’m going to assume my contact used Exact Audio Copy to detect this. He said it comes right after the fourth track and there’s no silence he had to skip or cut. It’s 2:15 long and starts like a scratchy, old-time jazz tune. There are lyrics but at first I couldn’t hear Tsubaki well enough to make anything out.

So yeah, a secret track that took fifteen years to discover! I think that’s kinda cool too. But what about their second single? I conveniently skipped over that because that still hasn’t surfaced. That one is called “ROUND MIDNIGHT” and features four covers. Here’s the listing on vk.gy. The title of the fourth track stuck out to me, because that is the first line that Tsubaki sings in the song.

And then suddenly, it all clicked. This must be the same song as the one on “ROUND MIDNIGHT”, so then this song must be a cover. And if I can barely understand Tsubaki, it must be because he’s singing in English. So something possessed me to Google the first line of the song and I instantly was linked to Cole Porter (well actually Dinah Shore’s cover of this song). Found the lyrics and compared it to what I could hear from Tsubaki and it all matches up effortlessly.

So that’s how I galaxy brained myself into figuring out the title for a track that no one knew existed on a single that no one cares about. Go me.

Bonus round: The track “sunny” on ROUND MIDNIGHT is probably the same song that’s also at the end of IMMORALITY. It’s a cover of a Bobby Hebb song. At this rate I’ve already heard half of this lost single.

It’s actually not really what I want the topic to be about.
All the bands are mentioned here above are actually too “new”. (Sure keep posting such kind of info)

but this topic is more for the hidden gems from 1980~1995, to discover much more about the real origin of “visual”. Hide used it, however there were more people using the word “visual” around that time, since there was a band called Visual Scandal. So Hide surely saw the word “visual” somewhere and decided to use it too.

To that kind of “origin” I would like to go back.

Oh, wasn’t that the one I linked elsewhere last year? I faintly remember finding them on mercari, thinking they were the normal singles…

The DIMLIM DVDs. I linked these elsewhere: https://jp.mercari.com/item/m64190870875
And I thought @MorteSilenz bought them, but was it you? Dunno.

There was this time Hakubishin (or Fushiana? I can’t remember) created a special page on their website, where you would enter a password to download a song. The password was distributed with the tickets to some show. We had no teasers or the like, and no one shared it. This song is pretty probably catching dust on Yui Nagashima’s computer, and I don’t think he will ever upload this song to YouTube.

Yeah those are the ones and I did buy it.

You probably thought I bought them because when I saw you link the DVDs I thought I should take the chance to buy but around $100 is a lot for a song and since I mainly cared about hearing it rather than collecting it I messaged Zeus since I knew he wanted it as well. I told him we could split the price and he could keep the physical copy. Once he found what was on them he told me and sent me my money back (even though I didn’t ask him to which was really nice of him). I felt really bad about the situation but it’s good to know he’s cool with it, and at least now their existence is known haha.