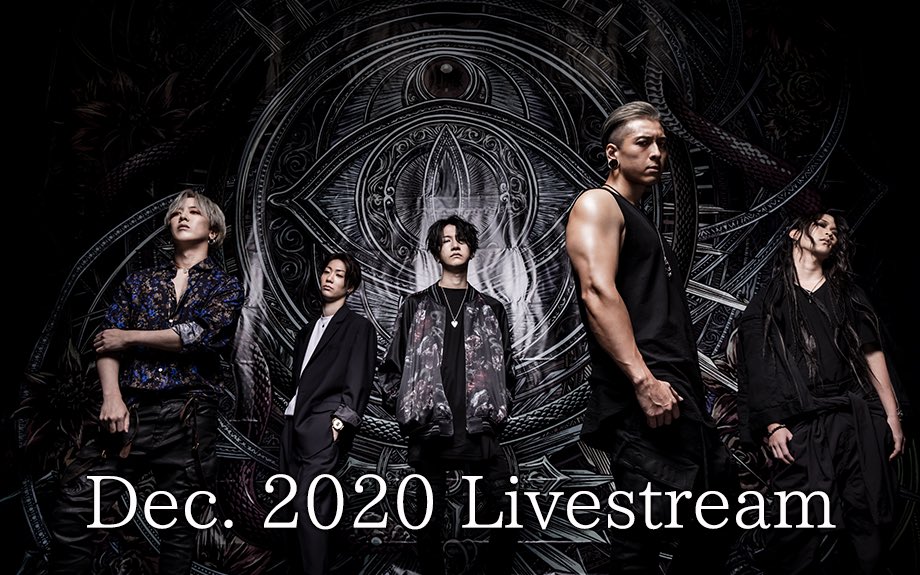 Official statement :
"At the end of May, 2020, NOCTURNAL BLOODLUST finally made their comeback.
Since June, they have presented “the brand-new NOCTURNAL BLOODLUST” through their 3 consecutive single releases: “Life is Once”, “ONLY HUMAN” and “Reviver”. Finally, they have unveiled their mysterious new guitarists. This time, they welcomed the two new guitarists, Valtz and Yu-taro. At the same time, they also revealed their artist profile pictures with these new members. The two are skilled guitarists who have subtle yet technical aspects in their dynamic guitar works. The expectations for the future of NOCTURNAL BLOODLUST with their strong positive attitude, gets higher.

As the expectation towards their new songs gets higher, they announced that the mini album “The Wasteland” which everyone is looking forward, will be released on Dec 16, 2020.
The mini album contains a total of 6 new songs which are written by all members, although the 3 songs from the singles released so far are not included in this work.
With these new members, there is no doubt that this album will be a work in which you can fully enjoy the charm of the brand-new NOCTURNAL BLOODLUST who have made their breakthrough.

NOCTURNAL BLOODLUST, who has overcome various hardships and has strengthened both physically and mentally, is finally back.
Don’t miss out.

Notice : Very excited to hear new music! Their 3 singles with the new members were very good! I hope the livestream will be available to be seen oversea!

Are you excited for the news? Thought on it? Let’s discuss below!

This is great news! Glad to see them back with new members and a new release. 2020 itself is such a difficult year, but it’s even worse for a band with no guitarists lol. Hopefully, their career goes smoothly this time.

Indeed! And they had such a hard time with guitarists, when both Cazqui and Daichi left, it hit them hard. Then they got Lin, but he was arrested. I’m just glad they are back, in 2014 they were one of my favorite band and their 2015 live DVD was amazing. Genesis remain my favorite song, as well as Libra (the original version). Like you said, I hope their career goes smoothly now, they deserve it!

I’m more into their older stuff too. GRIMOIRE and THE OMNIGOD are my favorite albums of theirs. Cazqui leaving was such a big shock to the fans though as he was a very notable and talented member.

Indeed, GRIMOIRE was a masterpiece with catchy songs and choruses. THE OMNIGOD had strong songs and heavy riffs. And yeah, Cazqui was an amazing guitarist in the band, he was really good. The things that happened between them, because of money or something, is very sad. They were supposed to released another DVD with them, but they left, so they cancelled it. I was SO looking foward to it. I wasn’t into their release with Lin that much, but the 3 singles they released this summer were good. But I still miss songs like Sphere, A bullet of skyline, VENOM, Aster and Punch me if you can, Genesis.

I’m excited. Nocturnal Bloodlust haven’t really released anything that bad and has been one of a few bands that has been so consistent with their releases (DEXCORE is another one). I’m pretty pumped for this livestream though. I’ll tune in.

Speaking of livestreams, despite how shitty 2020 has been i’ve taken part in a lot of virtual concerts this year - especially K-pop and i’m pretty thankful because there are groups who i’ve never pay to see because they probably wouldn’t tour in my area. So yes, livestreams are cool!

Indeed, Nocturnal Bloodlust is a solid band. Only release that I kind of pass on was with Len, I don’t know, it just wasn’t appealing, but with the 2 new guitarists it sounds pretty good.

As for livestreams, I agree. So much going on this year, and I took part in Coldrain’s one, it was amazing.

I agree! Lots of bands wouldn’t come to where I am also, feels so cool to watch a live!

Artwork has been revealed! 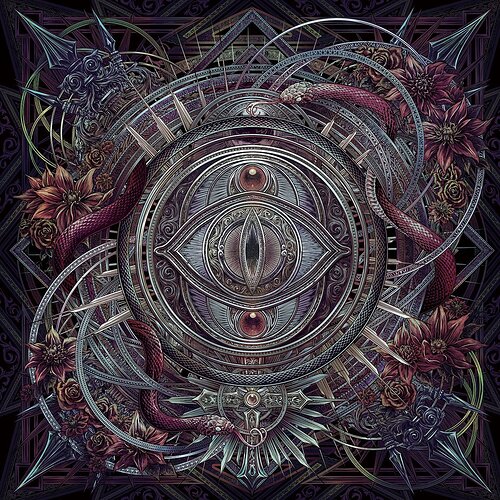 I guess The Wastleland is an intro, and we got 5 new songs! I’m following them closely so I’ll let you know when the livestream will occur, where and how much!

Info for the live stream has been revealed! : 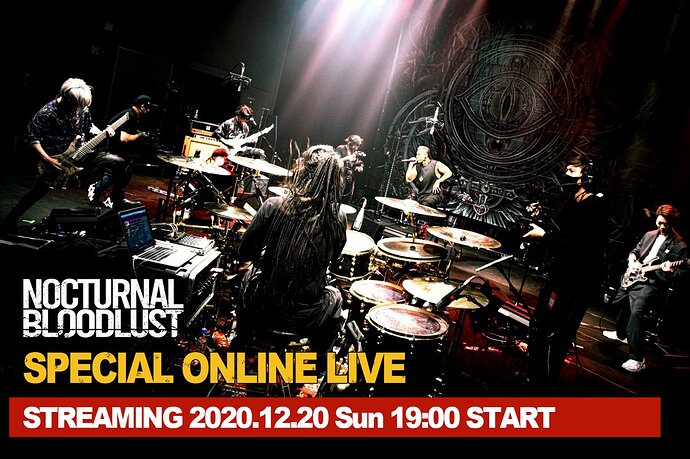 Bundle with a t-shirt ($58.00):
https://store.livefrom.events/products/nocturnal-bloodlust-livestream-t-shirt-bundle?_pos=2&_sid=3b9d27000&_ss=r&fbclid=IwAR1JUjWS8aH7Fm4T9FRq17t3qTvitb3HIOaVDytMFqbXA6y92oHNqUxlbpU

So excited to hear the new mini-album. Only about two weeks to go. I’m not a fan of live streaming though, but it’s the best solution for artists to make a living and keep in touch with their fans these days.

Same, I really want to hear it! I like live streaming, but 40$ us is way too much for only 1 live. I paid around 30$ can for Coldrain, and it was totally worth it. 40 us is like 52 can, so yeah, I can buy the mini-album with that money haha.

So excited to hear the new mini-album. Only about two weeks to go. I’m not a fan of live streaming though, but it’s the best solution for artists to make a living and keep in touch with their fans these days.

I agree. I’m also not a fan of the entire livestreaming thing, mostly because of the price range every artist seems to be in. I completely understand the bills part and they need to earn money somehow as well, but for me personally it’s one or the other in most cases. Either the physical release, or the livestream.
And I already decided on the release a while ago so nothing I can do there.

But on the flipside it IS the best way for them right now to keep in touch with their fans without getting in dangerous territory with all of the rules and restrictions that are constantly changing in Japan. 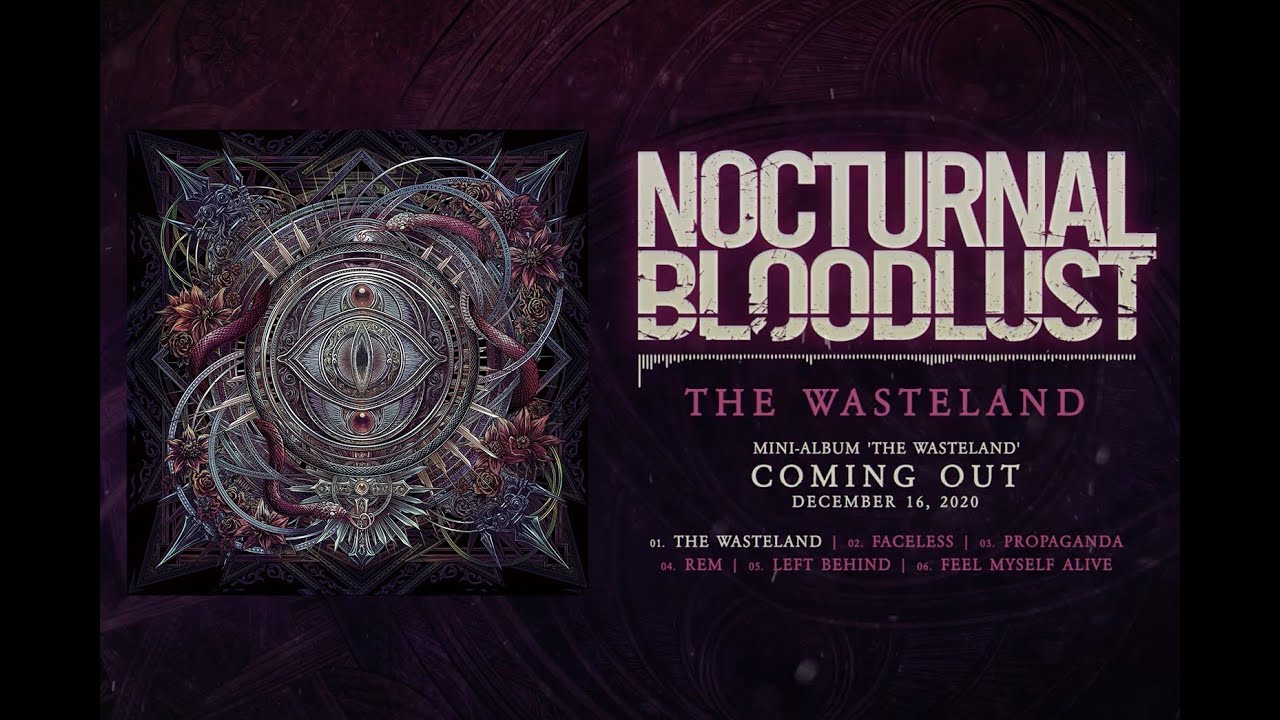 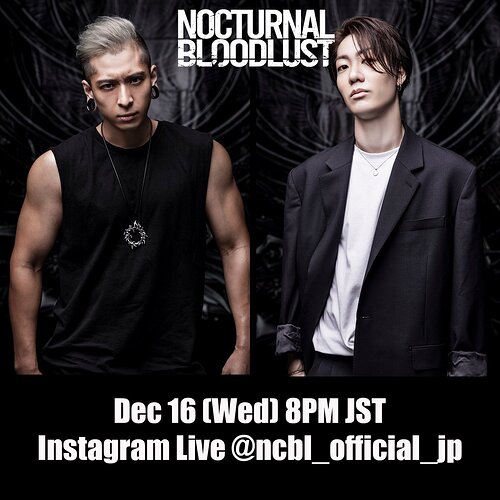 Oh wow. If I had money for it, I would totally buy the mini! I’ll see if I can buy it digitally. A great song, love the scenary, the atmosphere, the guitar solo. NOKUBURA IS BACK, HELL YEAH!

I really like the full song, man it’s good!

Taken from the livestream. Enjoy ^^

So much strobe … so hard see.