Image858×128 37.5 KB
Hi JRO! Psychedelic Violence is a fanzine history of visual-kei, a project I’ve been working on the conceptual bones of off and on since about 2013 and decided in 2019 to convert it over to a quarterly(ish) zine format and share it with the world! 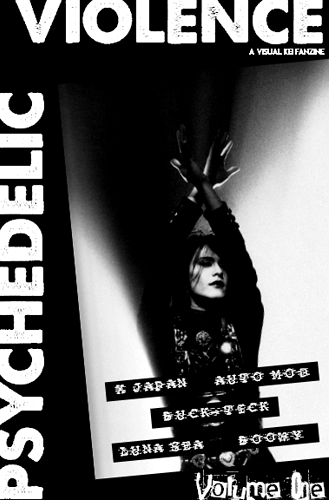 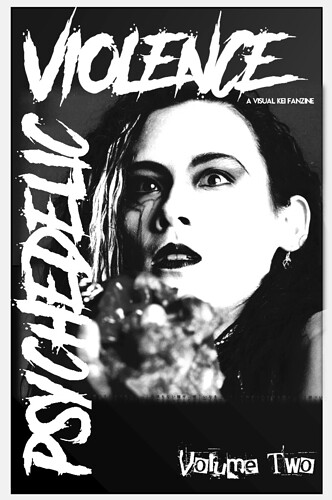 The inaugural issue is 40 pages of narrative history, photos, album reviews and more, tracing the genre’s inception from 1982 to 1991, starting with Boowy and the ensuing '80s “band craze”, the advent of Japanese goth, the emergence of VK pioneers X and Buck-Tick and their rise to stardom, and concluding with the debut of Luna Sea.

Issue two is 52 pages covering the years 1992 and 1993 and catalogues X’s epic 29-minute Art of Life, the emergence of Nagoya-kei, the movement away from an Extasy-dominated heavy-metal vision of VK as bands like Kuroyume and L’arc~en~Ciel come on the scene, and the emergence of hide as a 90’s cultural icon.

The zines come with an optional accompanying cassette mixtape so you can follow along on your stereo, and also include a link to a digital version of the mixtape as well. 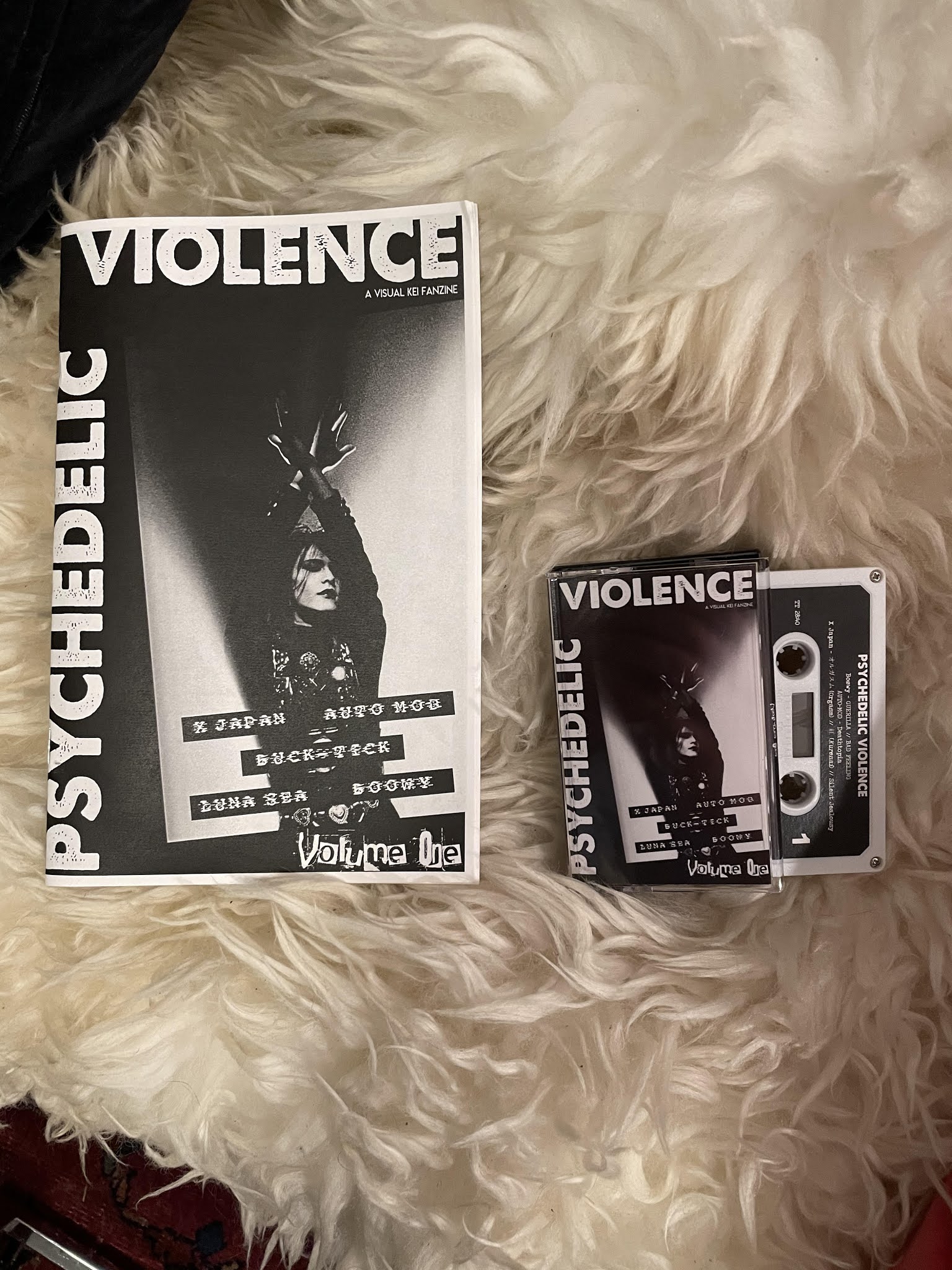 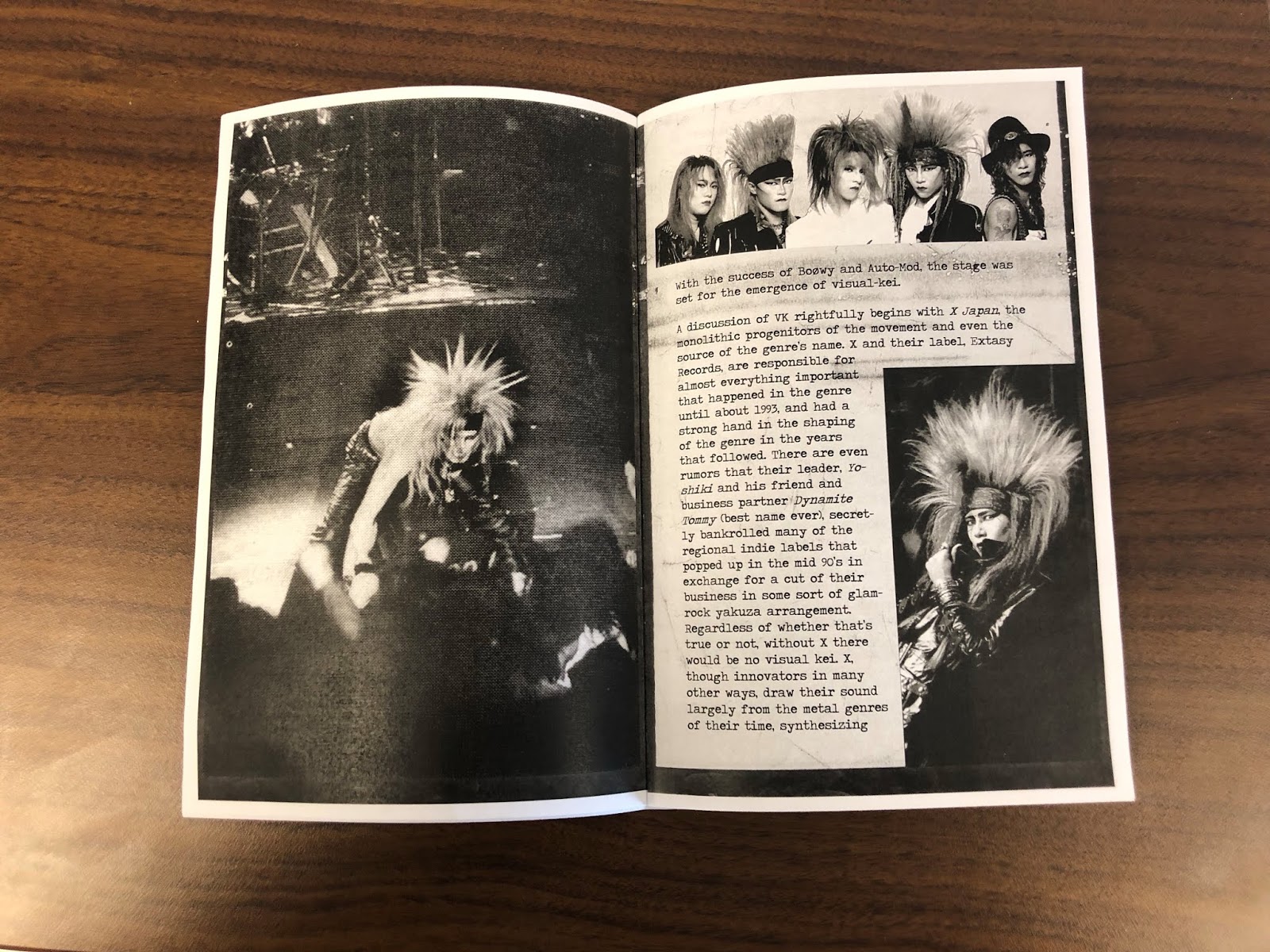 The zine is available for purchase at psyvifanzine.bigcartel.com and I’m on twitter and instagram @ psyvifanzine.
Shipping is included for orders placed in the US, and I’m happy to set aside issues for mailing in a bundle once 4 or 5 come out for international folk who want to save money on shipping. Simply choose “Antarctica” as your shipping destination and I’ll start a bundle for you!
The zine will be released ~quarterly, with issue 3 coming out this Halloween, and will cover 1994. I’m looking to cover basically through the first VK “crash” of 2003/4, and expect that the entire project will be between 10 and 12 issues long. Thanks for checking it out!

this is super cool! congrats!

Fan zines with photos and such is in that meh meh who cares kinda of grey area when they are free in record stores and such but selling and distributing other people’s copyrighted stuff, ->music @@;;; thats one that can get you sued big time (and is not really cool to do) so be careful.
Cool effort but reselling people’s music is a no no man @@

Edit: i am bad at reading comprehension when I’m half-asleep

ah naw i can tell by the price and complemented the effort ^v^ just saying thats a big risk and kinda a big no no so. especially since one of the artists is active independently still. Remember the music is not yours to choose what to do with when anything money wise is involved, even at price >_<; rips helped vk but presenting things in a format like that is one step beyond and enters bootlegging >.<

in future issues maybe just make a youtube playlist? no risk of anything there then.

Kickass stuff, I’ve been following you on Twitter too!

I’m just waiting for a couple more issues to be released, then I might bite the bullet and buy them all in one go (otherwise postal costs and customs fees would kill me)… maybe buy the first three when the next one drops around Halloween.

Good luck with it, I’m really happy to see something like this being released in such a way.

I noticed, thanks, I don’t usually tweet in my regular life so I’m having to figure out how to be clever on the internet again haha.
Its super rough how painful even the cheapest shipping to Europe is, it’s like a 10cmX18cm 250g envelope and it’s still like $15 >.< I wish there were just pneumatic tubes like in Brazil to blast things overseas

I don’t think @Ghostpepper is blaming you for making your zine not free, he’s just warning that once you make it for profit (even if it’s technically just to cover production costs) to enter into iffy legal territory because you would be technically profiting off of material that you do not have the rights to use, that’s all. The likelihood of anyone hunting you down to sue for unauthorized use of copyrighted material is quite minor, but it IS there.

I think it’s totally an awesome idea, it’s just that legal stuff makes life hard regardless of what your intentions are

nothing really ironic just trying to give some positive advice ^v^ best to be safe, auto mod has a bad taste in its mouth with foreigners after the tokyo dark castle name stuff happened >. <

youd be surprised, universal is notorious for being super protective and there is two universal artist on there.

, let me retract my defensiveness, my bad! Note to self: don’t read thread replies after your bedtime you might end up sounding like a dipshit >.< I definitely see your point and take it in the spirit in which it was actually given

yah net always makes things hard to understand haha. no worries! im a saucy boy but not a nasty one ^v^ if in person itd be smoother always.

Yes always be careful with copyright, you even basically sell a mixtape which is already against copyright…
You cannot sell anything without any OK.
You can publish on a private non-profit blog, but music is still a no-go.