After 17 years, THE MINKS have finally released their 9th album. After suspending their activities in 2006, they resumed activities in 2019, and celebrated their 30th year anniversary of their major debut. The album is filled with the same amount of heat that was present in their younger years, and you still can feel the R&R throughout your entire body.

Even if the members are in their fifties now, they are still playing their songs with full power and passion.

Their new album, “ROCK’N ROLL HOUSE“, has 6 brand new songs and a rearranged version of “R&R“. R&R was first released on a single back in 1992. Also included on the new album is the special version of the song “PASH“, which has been recorded and turned into an updated version titled, “PASH (REIWA STILL NOW!) .

The album is available on various web-shops such as DISK UNION, HMV and Amazon for 3000yen. CDJAPAN sadly does not carry the album.

You also can listen to the music of THE MINKS via digital platforms since they shared their 4 singles and 5 albums which they released in their Victor Entertainment Major time. Which you surely also do not want to miss out listening to! 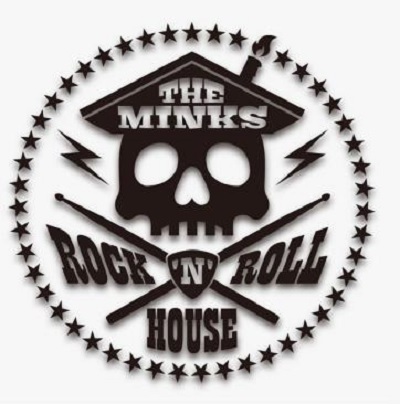 THE MINKS formed in Sapporo in 1986, they played a live show once a week at live houses in Hokkaido and gained an overwhelming popularity as a live band. Even in their indie days they sold out 道新ホール (Doshin Hall), which as a capacity of 700 in no time. Before they made their Major debut, the band toured 20,000km nationwide and performed around 100 shows live.

THE MINKS went Major in 1989 with their video, “THE MINKS LIVE“. This video release was released under the music label Victor Entertainment. Since their debut they have performed about 120-130 live shows at various live venues all around Japan.

Their song パッシュ (PASH) was released as the theme song of the drama “コンビニエンス物語” in 1990 and was a massive hit. THE MINKS also make an appearance in the same drama series.

After releasing 4 singles, 7 albums, 2 live videos and having done a substantial number of live activities during their height of their career, THE MINKS disbanded at Shinjuku LOFT on May 17th. 1997.

On August 2, 2003, the band released a Live DVD “live in THE MINKS”, which included the live version of their reunion.

After performing their 20th anniversary LIVE “THE MINKS LIVE’20th Anniversary” in September of 2006, they suspended their activities once again.

In December 2018 on their one-time sold-out revival show, “THE MINKS LIVE’HEY!SAY!” called by Shinichi Yoshida (Dr) which was held at Kichijoji GB and was wonderfully welcomed by the audience.

Yoshiaki Okada, the vocalist of THE MINKS had been away from music activities due to personal reasons, decided to “sing until his death” after the death of his father.

Additionally, guitarist Matsuhashi Hidenobu, and bassist Satsuma Tsuyoshi were once again full of enthusiasm on the band’s recent revival of activities and they officially announced that they would resume their activities as THE MINKS on May 21st, 2019, 30 years after their major debut.

Really cool band, their entire history is something you don’t really hear about. Definitely need to check out more of them!