UNiTE. Vo.結 (Yui) has been fired

UNiTE. has announced that vocalist 結 (yui) has been dismissed from the band on 4/8 due to a “serious problem” that couldn’t be resolved. As a result, their ticket sales of their upcoming concerts have been postponed.

In a shocking twist, it’s also been revealed that Yui is the singer behind the utaite character SHELL. 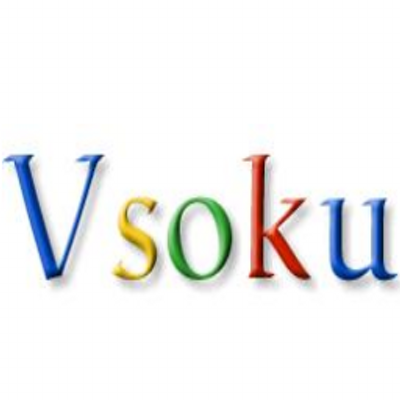 I’m saying drugs or stealing money from the band

This is rather unfortunate. I love his voice and UNiTE were one of my favorite 2010-ish groups. But, oh well I guess. I’m sure anyone could easily replace him.

Damn, I hope they’ll find other vocalist or figure something out.

Found some gossip about it. Seems like it was because of his “side job” (shell_m_chan).

Found some gossip about it. Seems like it was because of his “side job” (shell_m_chan).

Wow, I’m shocked… but also perplexed? It sounds like a Maverick D.C. issue, but it appears from his m-chan acc. that it was a fledgling utaite project anyway? So, I’m not sure why they would care so much unless it was a contract violation. That seems more plausible to me than a dispute between band members, but it’s still too early to tell.

I don’t know how I actually feel given UNiTE hasn’t put out a whole lot lately that I’ve cared about; however, now that the spot is open, I would literally explode if Icchi came back to resurrect Canzel.

Why would they fire him for having a side project? even if it was somewhat messing their schedule or smh like that, it doesn’t seem motive enough to immediately fire a 10+y bandmate

Even if it was a contract breach or something, wouldn’t they rather save face saying he’s leaving for whatever reason instead?

this is sus as fuck, I’d bet my money on drugs, stealing or shenanigans with fans

In any case, this is super sad, his voice is good and unite discography is solid as fuck. Maybe this means new APPLIQUE for shiina mio, and I’m super down for it

Yea, we pretty much posted it exactly the same minute lol

Yui was really a sucker actually. I was expecting for this but wasn’t ready.

Im really shocked now so I can’t write properly but I will comeback soon to explain what happened.

Seems like something else is involved b/c the tanuki thread is super active right now.

Was he also fired from 黒ユナイト?

I listened to them for years but never heard of 黒ユナイト. How could I miss that. xD

Hm, I’d say that he has been fired there, too but Idk maybe other people know more about this.

Oh really? Their normal stuff doesn’t really appeal much to me but I enjoyed 黒ユナイト, I thought they pulled off this sound pretty well, you should check out their mini album and single. Also yeah I’m pretty sure he was also fired from here as well I just asked more as a lame joke lol.

Is it sad that I find this utaite project more interesting than their latest releases? I’ve heard some covers by araki and meichan and I think his are pretty darn good too.

So what happened is, Yui started a parallel carreer by “Shell” name, as we already know.
Well, is that a big problem? Maybe for their label, yes, but it’s not such a big thing for the band or the fans, right?

At this point we already know he was fool (to not say stupid) for thinking that no one would recognize his voice and link Shell and Yui…
But we didn’t expect that he would be IDIOT ENOUGH to say shit about UNiTE on his Shell account.
Yes.

On Shell account he talks about his life, about how he’s tired etc and he used to talk about his “common work” (UNiTE).

He always refer to the work as something troublesome, or an obstacle that doesn’t allow him to dedicate himself to what he really likes (doing music by Shell).
In one of the most notable tweets, on march 30th he says “Tonight I have a really annoying job”. It happens it was the same night they had a live broadcast to cellebrate their 11th anniversary.

In other tweet he says he’s interested in form a group (!!!) but he would only to that with members who can respect and admire each others, because, in his words he “doesn’t want to repeat the same failure”.

So basically he refers to everything about UNiTE as something bad and he even called his band A FAILURE.

Yui is the only member who can not compose properly, and he also brought a lot of troubles to the band in these 11 years. During one time (NEW CLASSIC era) they stopped to play most of Mio songs (leader and main composer) because Yui wanted to have a “soft and clean” band and didn’t want to sing heavy songs and stuff like that… They let him direct the band for a while (so they didn’t have to disband due to that), an as result we got a shitty album…

So yeah, the 4 guys made a lot of effort to keep the band together and that’s what they get for that.

I’m sorry for being so emotional rn, usually I’m way more impartial and I would like to bring you the gossip/news in a better way, but I support this dude for more than 13 years and I’ve even moved to Japan just to follow UNiTE, so I’m really disappointed and upset. 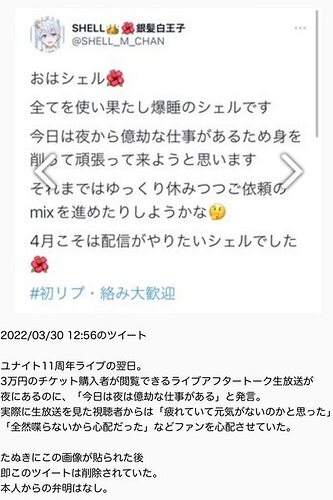 damn tanuki threads and my google translator hasnt seen this much fever since will slapped Chris. Maybe Yui just got tired of the same ole shit and wanted to do something diff? You can see from the earlier days how much he loved the band, the music and the fans but after a while and this recession maybe he wants to try something different? Whats an “Utaite” band?

Ah, ok that’s why the tone of some of the comments led me to believe there was something more to this.

The fact that he couldn’t communicate with his fellow bandmates, but rather shit-talk them from his little utaite acc. really pisses me off. To discount all their early successes and also be the one to drive the band into the ground with his “ideal concept change” is a slap in the face to long-time UNiTE fans like myself. He can sincerely fuck off, but I’m also pretty gutted about this myself (now being aware of the full context.)

To add to this though, UNiTE is more than just Yui, and if Mio was back at the helm with a new vocalist I don’t doubt I would be re-invested in them again.

Also for anyone unfamiliar, I would take @ritsu 's word very seriously about this (the information/posts are public but it’s more difficult to identify intent, especially with the sea of twitter and tanuki posts w/o someone with familiarity with the band.) I can corroborate, along with some of the other MH veterans his personal interactions with the bandmembers.

Basically a singer who covers anime songs online which Yui was doing on the side.