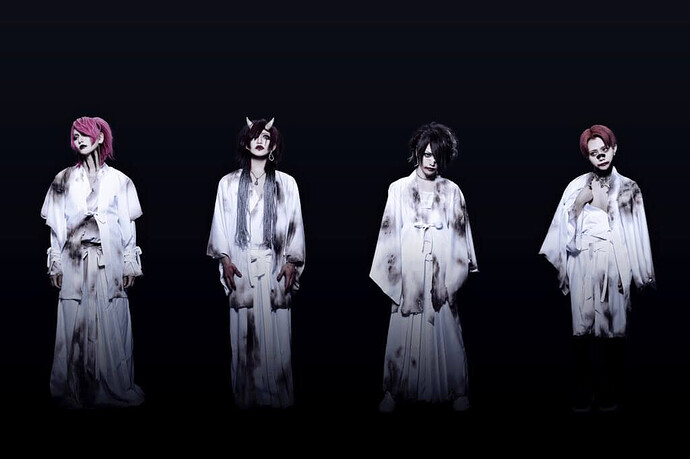 Thought they’re paused for R.I.P and their unconventional marketing strategy of only having a shop and no ohp while releasing their first release on their shop and the second live only.

Yeah just saw what you’re talking about. My guess is the look has been held over and it’s pretty easy to release a digital single while touring with another band.

I’m confused about their status but now that they announced a new single hopefully that means they plan to continue. The mini album they just released was actually supposed to be released at the beginning of this year but they weren’t able to because of production issues(I don’t understand because all of the songs on it had already been released and since it’s digital it’s not like they’d need to wait for anything to be made?) Anyway I like them and would love to hear them develop their sound.

that album art is really pretty.

so having listened to the mini album, this is my ranking of the songs:

to say the least that was a sick mini album

Idk if it has to do with it, but they have a lyric video on their YouTube which sounds very awful in terms of production/quality but it sounds fine on the mini so might be a part of the issues.

The mini actually came out physically in regular and live limited ver. in march 2020
You can just ceck past twitter post about it from vk shop like cross cat,and mercari for the live limited ver.
The digital that just came out is basically both ver. in once

Yes I know I was saying they were originally supposed to releases this current version at the beginning of the year but couldn’t because of production issues which I thought was weird since the songs had already been released in the two versions of the mini album that came out last year, sorry for the confusion.

I really appreciate the album cover
it is such a great illustration, you just see so seldom something in this level of profesionality in VK.
I look forward to the single to. It makes me happy to see the band revived.