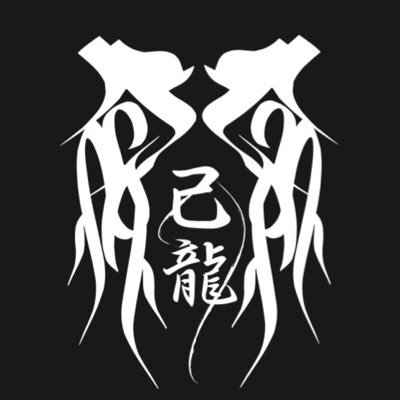 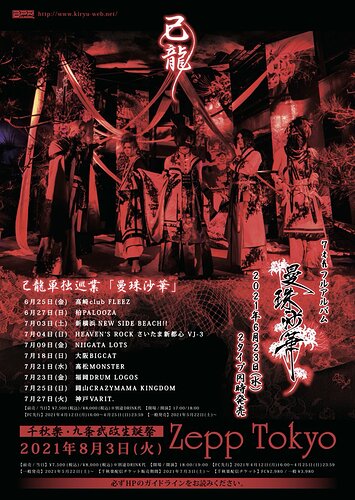 Awesome! Looking forward to it~

Looking forward to it. I haven’t listened to any of their recent singles so it’ll be all fresh

I can’t wait for the MV premiere tomorrow!

I haven’t listened to any of their recent singles

You didn’t miss out much, especially pandemic has slowing many artist’s work,
and 己龍 definitely focus more on their youtube Channel than music.

I really do hope this album is as good as their previously one (e.g.: 暁歌水月 , 百鬼夜行).

Hmm, can’t really get into this one. It feels a bit off, the start of the song didn’t really feel like Kiryu to me.
I knew to expect something different than usual, but Idk about this one yet

I agreed with you @Bunny-Usagii , just watched the MV, sounds really weird,
I know Mitsuki have been trying new sound since 「私塗レ」(which was okay),
but then 鵺 just sounds really bad as a lead song, and now 曼珠沙華 is not really that exciting,
let’s hope the rest of the album will be much better like always.

I like it much more than Nue or Watashi Mamire and think it’s an interesting song but definitely not my favorite from them, still really enjoyed it though.

I love the look and the color plate of the video. Also for me it seems like they have again more budget.
The song is not the best from them but still for me a big improvement from their lasts A-Sides.

After a few listens Nue became probably one of my faves, the chorus is very nice and melodious.
But after 3 listens to Manju Shage/Saka (I’ve seen it written both ways and idk which one is the right one), I think I still need a few more.
Watashi mamire is probably my least favourite of all their 140-something songs, I think it’s the vocals that kinda are too much on that one…

The MV is beautiful .

The album just got released on Spotify. 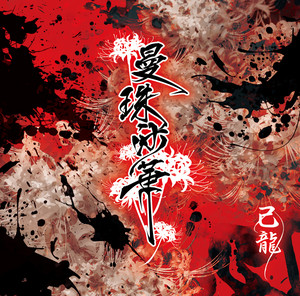 I enjoyed the album, not my favorite from them(to be fair it’d be pretty hard for them to beat some of their previous albums) but I still think it’s a decent album, they tried some things i don’t remember hearing from them before that I thought were interesting. My favorite songs from it were tracks 7, 8, 9, and 11 and I think the final song worked really well as a closer. Also even though I didn’t originally care for the song Watashi Mamire I think it worked just fine in the album.

I agree with this, at least half of the songs from the album are great,
apart from all the singles’ lead songs,
I love 絶唱 and 春, really outstanding IMO,
then 虚仮威, 日輪, 凛 are also great, typical 己龍 sounds.

*I like how they use a bit of 百鬼夜行’s guitar technique and rhythm in 残穢 !!