Depending on how long you’ve known me, you can guess what comes next. If you’re relatively new, this is my thrice a decade attempt to introduce Onmyo-za to the visual-kei nexus.

Except this time I’m not giving you a conventional review. If this is the first time you’re hearing of this band, I absolutely implore you to give them a shot. Please. I’m on my digital knees here. This band is absolutely fantastic visually, musically, conceptually, and I don’t understand why visual kei fans tend to not hear of them right away even though they’ve been around for almost 25 years. I’m into visual kei because there are times where bands blend the aesthetic beauty of imagery with the violence of music to create something really cool, and these guys scratch that itch without being visual kei.

Look at these visuals: 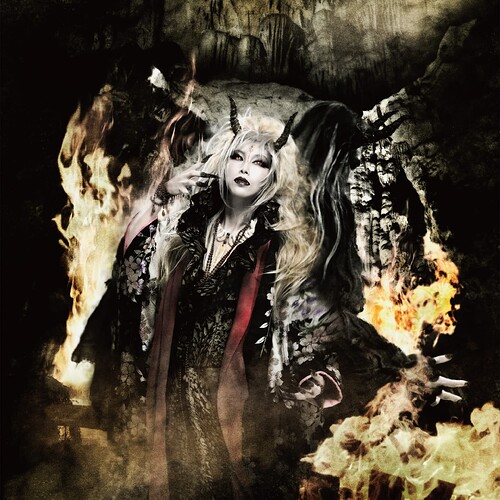 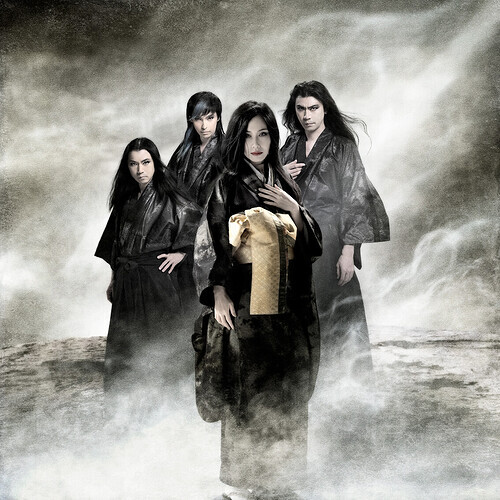 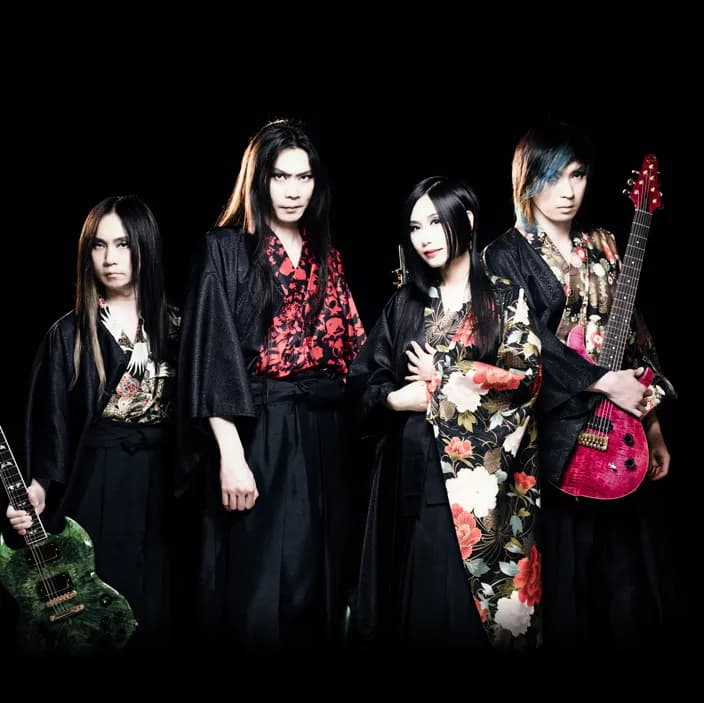 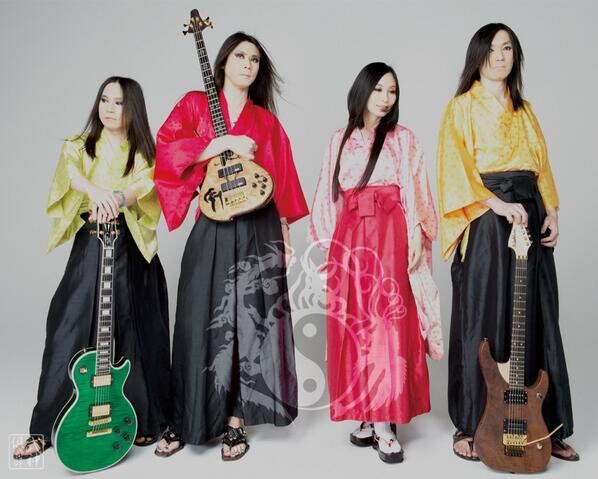 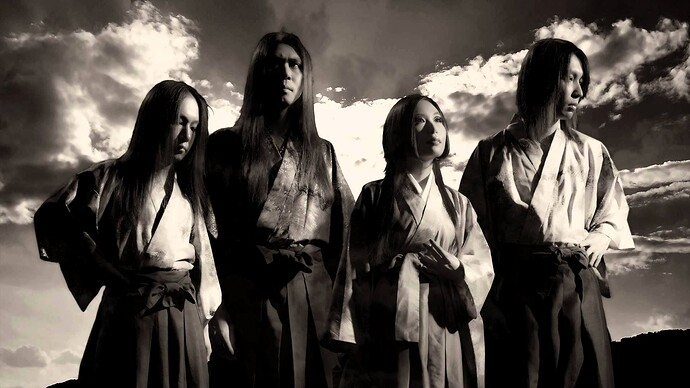 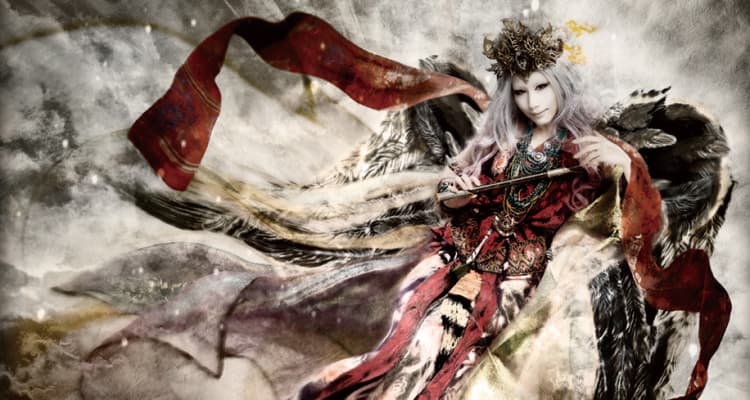 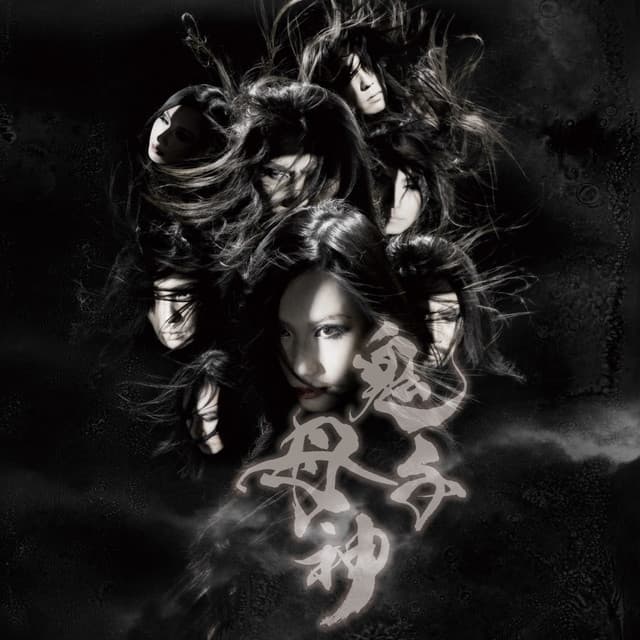 I think that is enough for right now. This shit is fucking fire. I don’t even like looking at visual kei bands and I can look at these guys all day.

Here’s a bonus picture but specifically to showcase how they present themselves live. If I ever made a trip to Japan, I’m going to take the time to schedule it around them. I want to see them live almost more than any other band I can think of, sans maybe Wagakki Band for the experience. And I bring up Wagakki Band because even though they look similar - and I do love Wagakki - they do not sound the same. Onmyou-za is heavy metal through and through. You like Iron Maiden and J-Rock? You like this band. Trust in me. So yeah @Missa I’m making sure you see this. 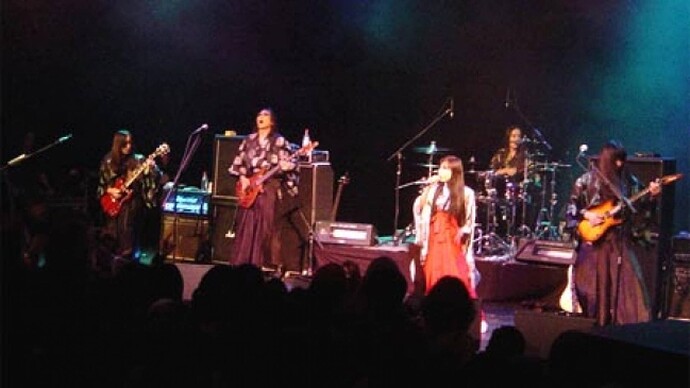 Time for some music. Every song of theirs on almost every album slaps. You ask me to find their weakest song or draw 25 Uno cards and I’m sitting with the whole deck fammo. You gotta really dig, maybe something off Chimimouryou or Kongokyuubi, but even those albums are a healthy 7.5/10 for me. This album right here, Ryuuou Douji, is some banging ass heavy metal. How the band consistently manages to pump out great music while being themselves is awe-inspiring. This one right here is #5 off this album.

The production quality on that MV is chef’s kiss. The solo is a slapper, the range on the vocals is crazy, they actually incorporated some traditional influences (not common, but they do have a ~mystical atmosphere~), just yes. One of their best singles in years to be honest.

They finally got around to making YouTube playlists of all their albums, so here’s track #1 off their 2018 album Hadou Myouou (覇道明王).

龍凰童子 (Ryuuou Douji) feels like I’m slowly being lifted to Nirvana while being serenaded by Japanese Iron Maiden. There is no other band in the world quite like Onmyo-za. Treat yourself, please. If you tried them before and you didn’t like them, at least try the new PV out because they’ve really evolved and pushed their sound back, and got that fire again. If you ever wondered what visual kei could be with operatic female vocalists, this is your answer.

If you use Spotify I got you, be sure to follow them. They don’t drop music very often, but it’s worth listening to when they do! The last album was 2018, after all! And that one is amazing too, so you may just wanna go backwards if they snag your attention like they did mine.

You’ve said it in more words than I ever could! I love this band. Had the pleasure of catching them at Yokohama Club Citta back in 2019 because they were one band I always wanted to see live, and they didn’t disappoint. I’m really looking forward to hearing the new album.

As a fellow acolyte of the Onmyo cult, I look forward to your thoughts praise.

Aggree about the rest, great band

I meant more like these guys drop one album every 4 years instead of 4 singles in one! But you’re damn right, these guys have been around forever. Tons of music to get into if you’re new to them and you like what you see.