Not sure who’s going to be surprised or have more insight and feelings, but metalcore/djent band abstracts have announced their disbandment via Instagram. They posted two Stories announcing both member Shvna’s departure and the band’s end itself less than two hours ago from the time of writing this post, and have also updated their bio to reflect the band’s end year. 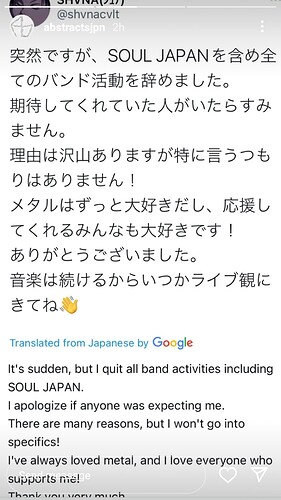 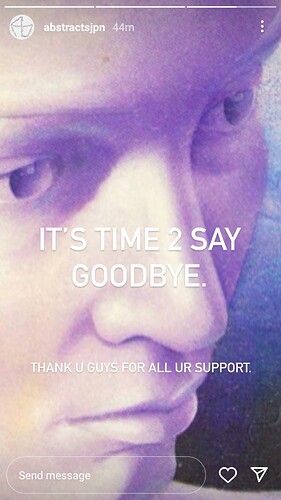 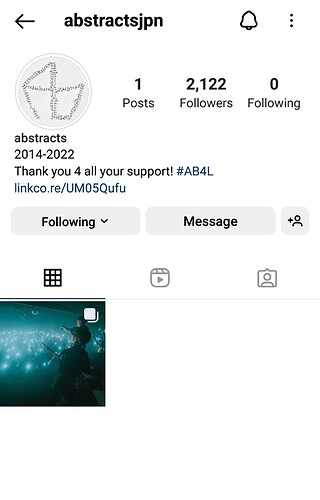 Their last releases were the singles “Siena” featuring Al Boltz of A Scent Like Wolves and “New Breed” last year in 2021, marking what many thought to be an end to their indefinite hiatus.

The band was formed by guitarist Lynn (who later joined and became ex-Nocturnal Bloodlust member, under the alternate spelling Lin) in 2014. “New Breed” was released on Lynn’s CKNS label, IIRC.

I just saw it too
That is so anti-climatic

They also uploaded just a while ago a new visualizer to an older song on YouTube, which gave me a short hope, but yeah… hmm …

A little edit
Shvna’s tweet about quiting all band activity 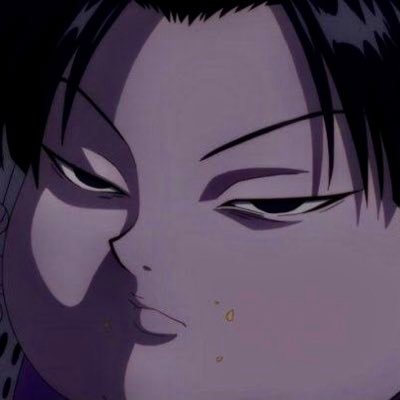 And yes, it was a bit of a shock to me. I actually thought they were quietly cooking something up behind the scenes up until about last week. Last week was when I threw in my hope towel and thought to myself, “OK why the frig are these guys still sharing listener hype feedback from past releases for so long, like it was building anticipation, and yet they haven’t done anything new? What’s the plot, hm?” 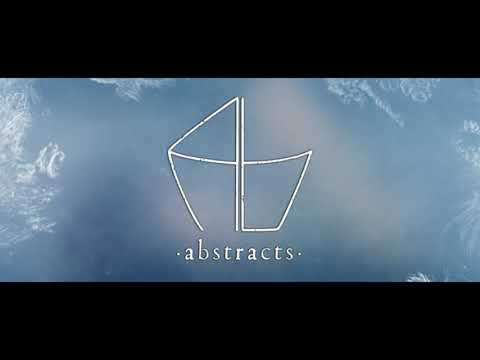 That also the visualizer they shared pretty quietly a month ago

They kept their Instagram the whole time active, which made me always wonder why
I guess Shvna’s band activity stop gave abstracts the rest now finally.

Although even here i am still confused, because i have seen Shvuna getting called ex-abstracts