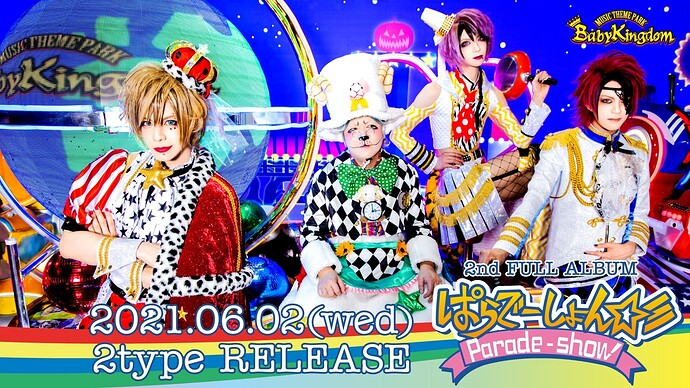 Why does Shiki look different in that promo pic?

Aaa it’s so colourful and cute, I can’t miss out on this release!!

Planning to order the B type, also CDJapan says “Paladation”, I can’t find what that word means, is that a transcribing mistake?

ぱらでーしょん☆彡 should be transcribed in romaji “parade-shon”. which is a word that doesn’t exist / doesn’t mean anything. I first thought it was an English word, like paradation/paladation, but these words don’t exist in English either xD
Everywhere Baby Kingdom wrote ぱらでーしょん☆彡 / parade-show, so I think it’s ぱらで = parade , and しょん = show (it grammatically should be しょう and not しょん, but I noticed that they wrote the “W” of “show” the same way the “ん” of “shon” is written, so isn’t it some kind of pun?)