I am the drummer in a band called Counting Wolves. We are a metal band from Amsterdam, the Netherlands, and are releasing our first album on the 28th of August which is called ‘Nero’.

This is a pretty special project for us. After years of searching, we still haven’t found ourselves a vocalist. So in order to keep moving forward, we decided to write vocal lines and lyrics ourselves and reached out to different vocalists that we found online to feature on our songs. Even though we technically identify as a ‘melodic metalcore’ band, we are definitely influenced by Visual Kei. For some of us (me for instance) it is all we listen to. And with VKei having more and more core influences nowadays, we see ourselves as a nice middle ground.

That being said, we recently pre-released two songs off of our upcoming album. The second song is the ballad of the album, which is called ‘Entity’. On that ballad we had the chance to work with Saki Rose, who you could know from their amazing Diru covers on Youtube. We saw that as a chance to show our love for VKei on this album, which isn’t really referenced in the other songs.

It would mean a lot if you’d check it out and share your opinion!

That’s all! I hope you enjoy!

thank you for creating such an album – it was a pleasure to listen to. ‘Nama’ was probably my favourite track. the idea to find a bunch of different vocalist was fantastic, it really made each track extra varied and enjoyable. keep up the good work!

Thanks a lot Ezra! ‘Nama’ seems to be the favorite for a lot of people. Thank you for the kind words and for checking out the whole album!

Here is another update from Counting Wolves. After having released our debut album last year, we spent our time writing and recording our first maxi single. We ended up with 3 tracks: Kanashii, Blue and All Of Me.

Because we still haven’t found a vocalist, we decided to continue collaborating with different vocalists we could find online (mostly through Youtube covers). This way we could focus on releasing our music without being held back by the fact we lack a vocalist.

I feel this single gives a better representation of our sound. Where ‘Nero’ was a rough metalcore album, the ‘Kanashii’ maxi single starts to show our influences from Visual Kei. I’ll post all 3 tracks here, along with the Trailer we released before.

It would mean a lot if you’d check it out and share your opinion! 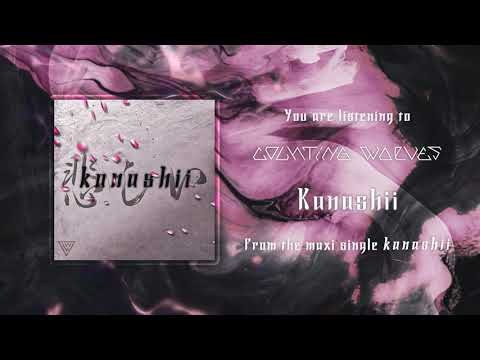