Atsushi (bassist) has just announced in a lengthy blog post that DÄLLE would be ending its activities under its “current system” (current lineup I suppose), with their last live “The Day One World Ends” being held at 渋谷Chelsea Hotel on 2022/06/04.

Coinciding with this, a last EP titled “MORTAL” will also be released (it seemed a bit confusing to me, but it looks like the EP and the tickets for the show can be bought from today onwards?). 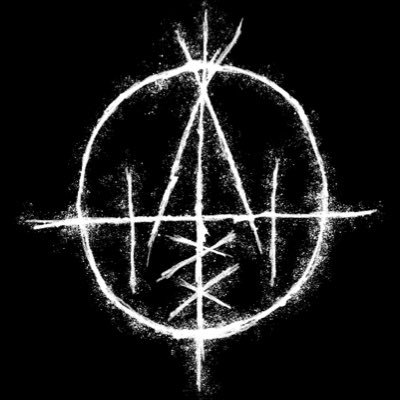 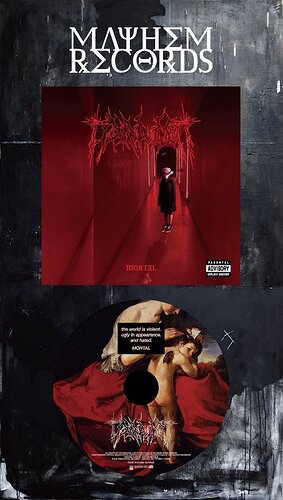 He only gave very vague info about the future of the band, admitting that he doesn’t know what will happen. The reason for the activity stop is also left in the dark, hinting at certain members couldn’t keep up or pull their weight in the group.

This is kinda sad since I really enjoyed these guys. At least we get one last EP

EP is available from 10PM (in approx. 2 hrs) at their webshop:

Oh wow, that’s sad. And weird to see that there are only two active projects of Ryo left

They were actually my favorite of his projects now

There wasn’t much left to do, after their last two albums effectively being remix albums I had a feeling that they were going to go away or literally disband. Hate Honey are back and I also think Atsushi wants to focus on just making clothes and being in two bands, HH and that Funeral one for now. Surprising that Ryo barely has anything going on, but Közi will always be busy. It’s probably for the best.

I’ll be delusional and believe ryo is letting go of their to 1) reunite 9gbo or 2) do a formal band with karyu and go major. Neither scenario will ever happen but i’ll enjoy the conspiracy 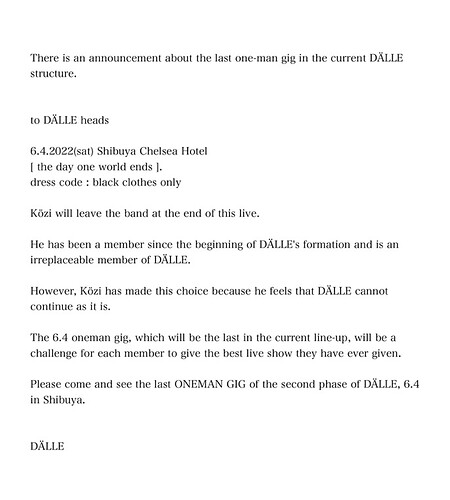 I’ve been a fan of DALLE since almost the beginning of this current lineup, but this news makes me really happy because they’d been phoning in releases since DESTROYED TO DISCORD, AND THE REASON, minus the last single since I have no idea what it sounds like so I can’t pass judgement on it, but yeah. It’ll be really cool to see if this means Közi does more solo stuff or XA-VAT or ZIZ pick up the pace or he joins a new band because why not.

A positive development imo. It’s no secret that I’m not a fan of this band, but since it always felt like it’s more like Atsushi’s project (with maybe some input from Ryo?), the loss of a guitarist who honestly wasn’t that prominently part of the overall sound or style doesn’t seem like that big of a deal… especially if Közi can now have more time to do other things.

Everything else has happened this year, let’s go with a MM revival in the vein of MIRAGE.

I definitely approve your 2 ideas… !