Do you guys think vkei will ever become mainstream?

Again, much comes down to the crazy japanese copyright laws. Even during the “peak” between 2000-2010 when DeG toured abroad and many other jrock/vk-bands somewhat gained fame outside of Japan - the labels tried to go after everyone sharing the music online. I remember someone even got sued for uploading some DeG music videos on Youtube. I guess we should be happy that some sites survived at least - probably because you needed to sign up and they didn’t understand english. I know rules are rules but they had such a stick up their asses and needed to be more flexible. It was the rise of a new phenomenon (at least it felt so) but the japanese companies just had to kill it off completely.

But at the same time look at something like AKB48 and the song heavy rotation that was actually uploaded officially on Youtube 12 years ago, it has 173M views today (what a popular kpop act does in a week or so). I don’t want to sound like a creep but in that MV we have cute japanese girls in only underwear and the song is actually super catchy, they also released many other catchy songs after that (I personally consider the early AKB48 as the last “good” idol group) - but did it really become a thing in the west with a proper established fan base? Not really.

Popular mainstream music from Japan can do really good numbers on youtube (for example Yonezu or King Gnu), but outside of Japan no one really seems to care, tbh.

Could it be so that the concept of “cool japan” comes down to anime and manga after all? Is that all Japan has to offer the world when it comes to entertainment? And of course that “other thing” that probably most westerners connect with Japan today, you all know what I mean. It kind of sucks because I think japanese entertainment is amazing overall - the old stuff is always better but the newer stuff is still solid (used to live there).

This leads to me to the question - how many fans were there even of japanese rock/VK during this (for the third time now) “peak”? Was it only a few hundred weaboos or was it bigger?

Someone mentioned that Alice Nine or what band it now was can get a tiktok hit and become mainstream, but no way lol. If the road was this rough up until this point, who will care about japanese men in their 40-50s making up with anime hairstyles?

Japanese rock is so lost today that the only new bands that manage to gain some kind of attention is acts such as Deviloof, because western people will like anything that is broooootal. Its kind of sad actually, and don’t get me going on “The Last Rockstars”…

With all this said it was a fun era while it lasted, I am sure many of you guys in here “grew up” with it the same way I did. I still remembering ordering a physical copy of Clever Sleazoid and thinking the music video was the coolest thing ever created. I forced all my friends to watch it

I will personally keep checking out new releases of the big bands who still release good songs, like 13 on Dir en Grey’s latest album is one of the best jrock songs I have EVER heard. Mucc is often solid as well while but there aren’t many really good bands left that delivery quality, and these band members are getting old. While lowkey waiting for them I will go back and repeat classic from the late 90s and 2000s. I will never check out any new japanese bands anymore because they all suck, to be brutally honest.

At last I give you this gem - cheers to you all! 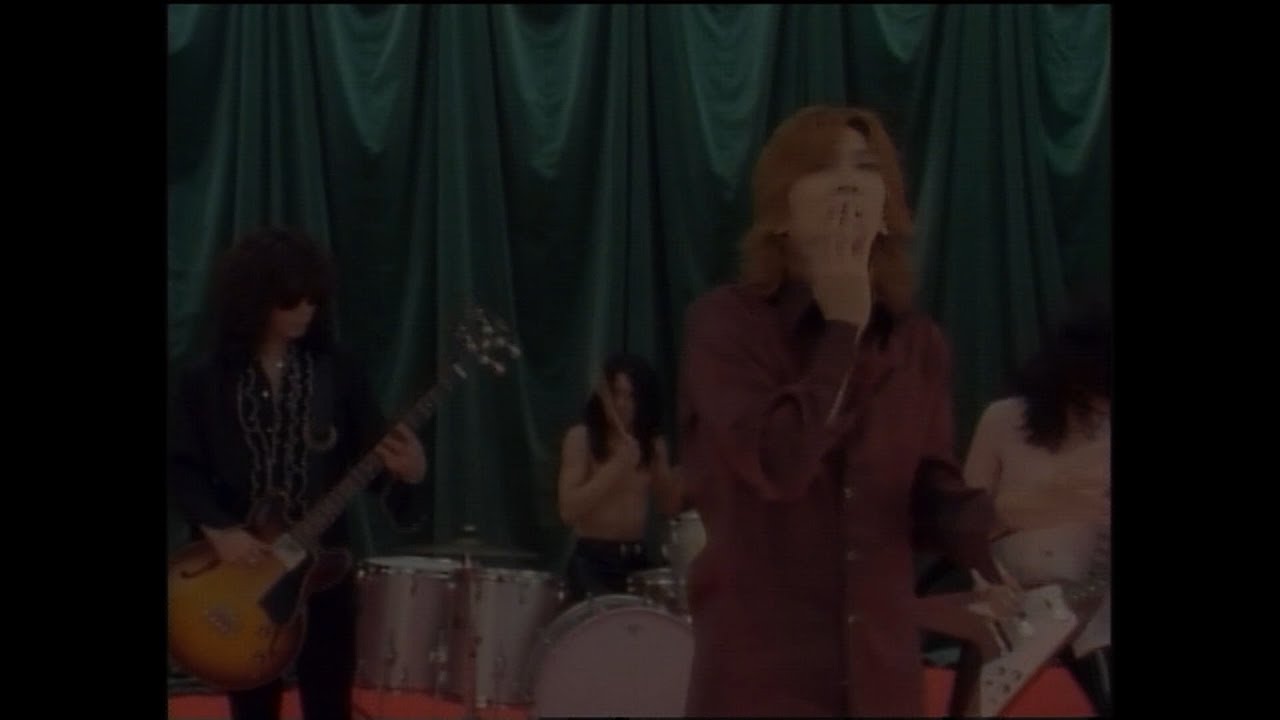 Maybe I already said it in this thread, but honestly I don’t even want it to go mainstream ever. Maybe that’s cause I’ve always preferred subcultures and always been a part of them, and any time they’re mentioned in the mainstream it’s almost never been good.

I’m curious about the reason why one would want VK to go mainstream? More fans? More bands? A subculture can still thrive while not being mainstream. I guess I also kinda feel like if by some magical happenstance Vk did, it would strip away the very essence of the scene more or less. Subcultures and countercultures aren’t really meant to go mainstream.

I wish I’d saved the link or actually translated it but one of the guys in Urban Garde wrote a good piece about “I hate Subculture”, that talked about the coopting of subcultures by people outside of it with only capitalist motives and how it ends up utterly soulless and kills what makes subculture what it is.

Doesn’t mean I wouldn’t still love to see the scene pick up again more like it was in the 00s, but mainstream? nah

the very essence of the scene

Retsu called, he said he took the essence with him when dimlim went nonVK

Nah, but i think Kou has legit points. Look at the VK bands that went major, how many of them had to water down aesthetics and sound?
Also let’s face the truth, how many of us enjoy also a bit because it makes our taste more unique

Would we all be here if VK was actually mainstream popular?

Not in a “traditional” sense. In Japan it’s probably gonna stay as it is - outside of any large scale comebacks to rock/metal in mainstream in general - but internationally it may have potential in an indirect way. So I’m gonna mostly focus on a hypothetical rise in a western equivalent to VK.

Normal VK style will likely stay a mostly Japanese thing, but especially with the rise of social media alt communities, I can see a rise in bands in the west with an androdgynous style in costume and stage wear similar to VK coming into a rise.
Tik Tok and Twitter have already had small boosts to people knowing about VK, even if they don’t outright become fans of it.
Mind you that it’ll likely not become truly mainstream in this event, but rather become something akin to what VK actually is: a style that any musical genre can adapt but mostly associated with rock and metal that bands may adapt and change to suit their needs.
Now one reason this may happen would be that it would be a breath of fresh air to western bands.
In the western scene in my experience most of the costumed bands tend to be horror focused or uniform focused - See: Slipknot, Mushroomhead, Avatar, 3TEETH (to an inconsistent degree), Slaughter To Prevail, and in a much more punk way, HO99O9 - rather than “pretty boy” focused.
But again, with the rise of androgynous fashion styles in social media norms, a rise in a western equivalent to VK that may or may not be outright inspired by it in some of whatever bands begin being prominent in the beginning of this hypothetical movement is possible.

Hell my band has taken some level of VK inspiration in costume intentionally, but obviously not outright just doing VK. Much of our inspiration comes from some of the aforementioned western bands, but also from more major VK acts like DEG, Buck-Tick, Madman’s Esprit and DEVILOOF.

Stated plainly, I don’t think VK will ever be considered mainstream and nor has it ever really been so, even here in Japan. Sure, back in the 80s and 90s the pioneers we all know of such as X, Buck-Tick, Dead End, Luna Sea, etc. were household names but that was before the term ‘visual kei’ really came into common usage and many of the bands of that era didn’t even define themselves as such.

Fast-forward to today and I’d wager that outside of some of those veteran artists and a couple of breakout groups that filtered into more widespread media by relaxing the VK aesthetic like L’Arc and MUCC, the average Japanese person you might talk to in the street couldn’t tell you any bands active in the scene recently. Take it from someone who has been teaching a range of people English daily for almost 8 years, outside of people specifically interested in music or subculture, no-one’s heard of the bands I like to see. Just recently when lynch. played Budokan (a legendary venue for music in Japan) I don’t think a single student I mentioned it to knew who they were.

Put it this way - if you’re not someone who regularly listens to or is exposed to popular music, you might not even recognise half the artists on Kouhaku (that’s the famous end-of-year song festival). And those artists are selling hundreds if not thousands of times more than any of the most successful up-and-coming visual bands. The only exception I can think of in recent memory is Zigzag, who have had a minor explosion in popularity since their singer joined well-known group Wands under a different stage name and it became known that he performed in a VK group too (that’s why their old releases are absurdly priced on Mercari).

As an aside, I think the approach more recent VK bands have taken such as Dexcore, Deviloof and Nazare, and to an extent Nocturnal Bloodlust too (although they’ve been around for a while on and off) by getting in with non-VK metalcore groups and events is a good way to reach a wider audience than they otherwise would. This is of course restricted to certain genres of music - you wouldn’t see a poppy oshare-kei band at one of these shows - but for bands like those I mentioned who rely less on their looks and more on just making good metal music, it certainly helps.

yeah the problem is you wouldn’t probably see a two-man live with someone like opeth (are they still around?..) and moran, and any other art-kei darlings, who are way more interesting and unique to japan than oshare.

if anyone follows the stank gaijin rock, have any foreign metal acts actually started touring asia again after covid travel bans more or less going away?

visual kei not being around is a scary thought

Yes they are.
Stand Atlantic was just in Japan or are still there. Unearth just toured in Japan, Phineas will visit soon in was it February or March

That’s just the acts that started slowly to go to Japan, can’t talk for whole Asia.

are they still around?..)

And according to Wikipedia, Opeth are still active

opeth (are they still around?..)

yeah but they’re barely a metal band anymore. more of a prog-rock now.

more of a prog-rock now.

How about a Korn and Kyo reunion? 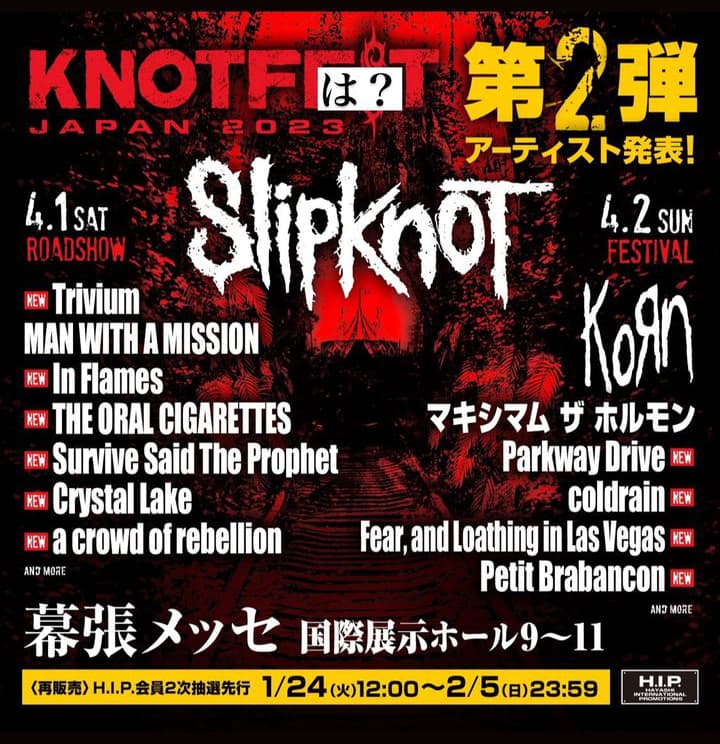 possibly. but other than puratori, who are the most popular art kei bands rn? sukekiyo?

OMG… I’m actually more surprised that the oral cigarettes performed over there… I wonder how big are the crowds? petit barbie doesn’t need metalhead promo, they’ve got yukihiro for the clout.

æｓｔｈｅｔｈｉｃ. . . ～雅びやか～』art-kei. I have no way to estimate how popular they are though.