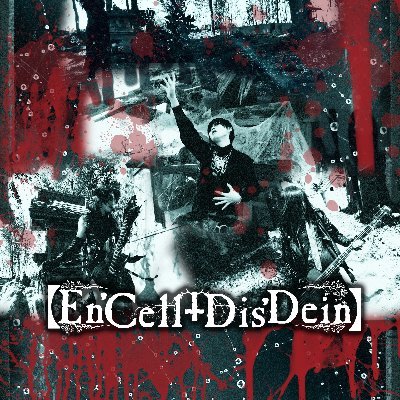 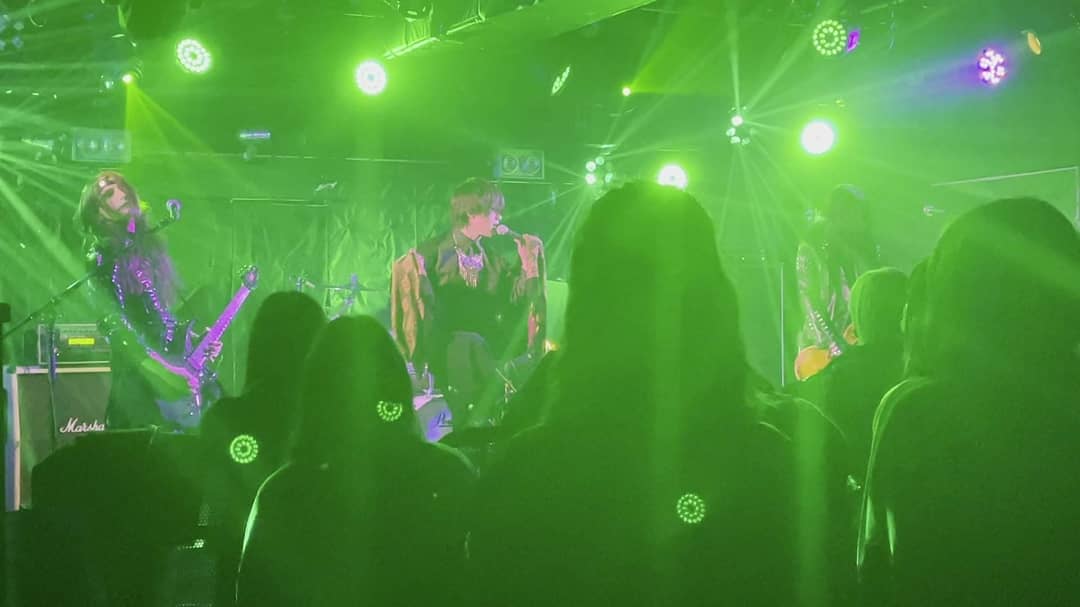 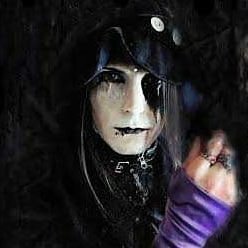 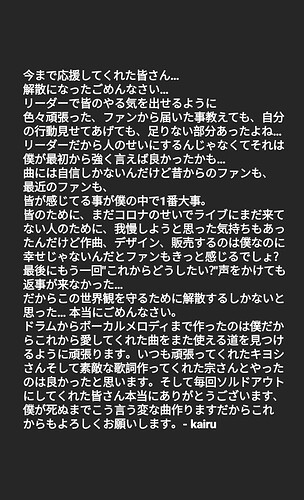 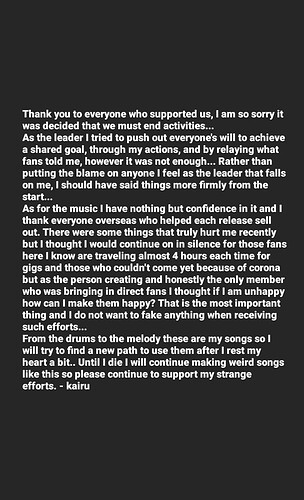 In the meantime, Gt.Kairu has started his new solo project, “PSYCHO SONIC BOOM” and his first album, “DESTRUCTOTRON” will be released on 12/21 for 3000 yen. 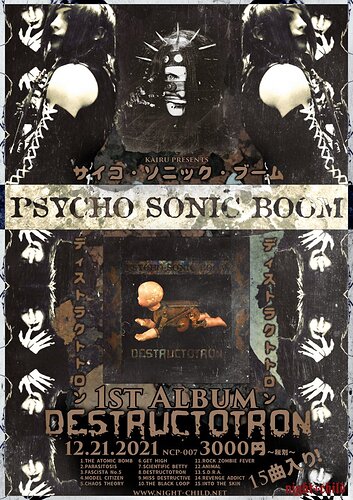 Found a song from the new project on youtube

Is this the first time a member here has disbanded a project?

I hope sou continues to grow but I am not sure he will continue in vk.
I love his voice too! But so many complaints from fans and no actions to grow. Thank you to everyone here who enjoyed the stuff.
I’ve already gotten an offer from a signed band but hopefully can find people willing to put in the effort for oldschool vk.

this is all so crazy to read secondhand, idk what to say!

i hope this doesn’t sound too cynical but like… good thing the disbandment happened AFTER the release of a legendary album and not before?
i think if i put out something like that i could call my music career satisfied by one album alone~

but i’m excited to see what everyone goes on to next; vkei seems like an accelerated cycle of death and rebirth & i’d be surprised if this was the absolute end for anyone involved

I’m sad to see that activities have to come to an end but I’m looking forward to what comes next for everyone. We don’t get to say this often but thanks for all the music

Thank you for the kind words!
Its better to think of my bands as solo bands instead of actual bands usually, so there will be some continuation

If you are an overseas fan whos buy the CD and happen to be a musician I will throw in a 1 hour guitar/bass lesson via Zoom including some tab stuff. Paying back to the community is important so~ 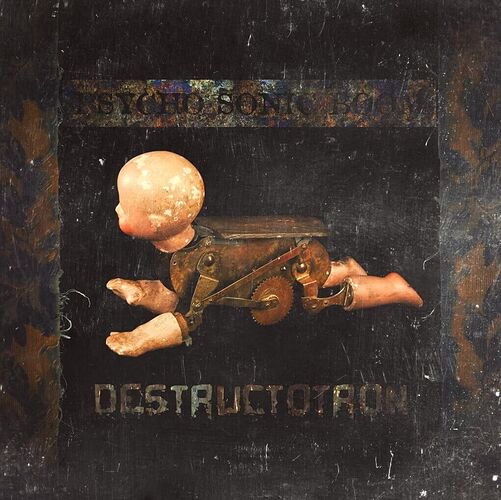 Happy to see parasitosis on this. Catchy af song

@Ghostpepper with the project over what was your favourite work? For me dataizai will stay among my favourite vk tracks of all time

Thank you for saying so~
probably Kumo onna no kiss or The Blackened Sea I am most proud of,
but overall the whole album I view as one piece so its kinda hard to choose!