Let’s run down some problems with the game in it’s current state.

honestly this is why i really can’t fuck with games anymore. everything requires you to pay up to augment your experience into something passable. i’d rather play pokemon crystal with no microtransactions than entertain this game or any game with microtransactions that rival this. and i know i say this all the time but honestly if i don’t point it out at every step then as a whole we as gamers slide faster to the bottom. and we’re getting there real fast. we avoided the trap door of NFT gaming (mostly) but macrotransactions are here to stay

Yeah once microtransactions started becoming the norm I pretty much lost all interest in gaming, like I know a lot of the time the stuff you can buy isn’t necessary to beat a game but if you like to complete games the feeling of knowing you don’t have access to everything in the game is super frustrating.

I’m pretty sure I remember some game developer using realism as a justification for microtransactions, saying how just like in real life people with money just buy their way out of any issues they might face now they can just buy their way to complete a game rather than playing through it. I mean if they want games to be so realistic maybe in the future they’ll create a feature where you can get arrested for killing an NPC and face real jail time too! 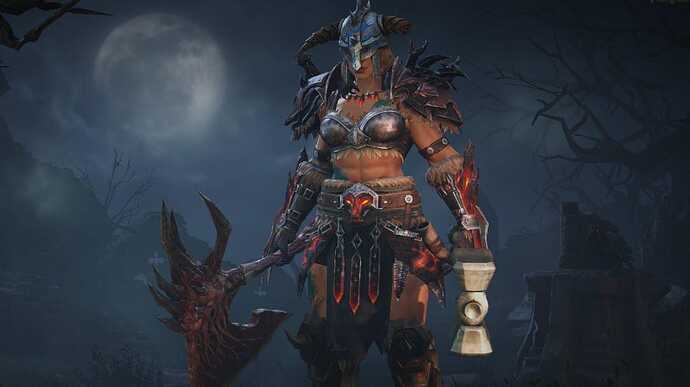 While much is focused on the sky-high costs of trying to gear your character up with high quality gems in Diablo Immortal, there’s some counter-arguments that you can still just play the game “as normal” and avoid all the pay-to-...

My favorite game of all time is getting remade. I am ecstatic about this!

Agree. The original still holds up. Could’ve used a third game instead, after the way they shit on the characters in II.

That seems to be the consensus, that we don’t need a remake. Especially since there’s already a remaster for PS4.

From what can be garnered from the trailers, it looks like it’ll be largely the same game with same motion work on the characters, camera angles, dialogue, etc. with just updates in graphical fidelity and gameplay improvements. So, at least it seems that the story will be untouched (thank goodness)

The story in TLOU Pt II was not good. I liked the idea of it, but I think it was executed badly. If they ever make a Pt III in the future, I hope it’s with a completely new cast of characters.

Some of the changes are detailed in this video (just based on the trailer content). Still a pretty good analysis.

Yes, the graphical improvements are impressive. But how many times are we gonna polish the same game over and over again? Even with the ‘‘limited’’ tech at the time, the story was still emotionally powerful and the facial expressions and such were good enough that this game ruined a lot of people.

Even with RE4 remake, I wasn’t super excited. RE4 is one of my favorite games, but idk the old graphics are charming to me. Btw, I’m that person who loves pixel art and ps1 graphic games so my opinion is totally irrelevant lol It looks like they’re adding more to the story in RE4 remake? I look forward to it anyway.

My biggest wish this year was to see FF16 news and since the trailer I’ve felt completely satisfied. My focus has shifted to the indie scene, summer games fest and other indie showcases were great this year.

It’s sad that people have such a negative reaction to indie showcases ( I made the mistake of having youtube chat open during the streams). AAA is stuck on a cycle of remakes and repolishes and repackages with barely any innovation. Then indie devs try and put some creativity and novelty out there and get vitriol thrown at them. Wish folks would just try to step out of their comfort zone and try something new.

Anyway, here’s some of the indie games I’m looking forward to

Plus a handful of dating sims/visual novels that I can’t wait to try out - people who are into these genres have really been spoiled this year.

AAA is stuck on a cycle of remakes and repolishes and repackages with barely any innovation. Then indie devs try and put some creativity and novelty out there and get vitriol thrown at them. Wish folks would just try to step out of their comfort zone and try something new.

Preach, my wise platypus friend! GAAAming has become so stale lately because it’s switched up from providing a fun experience to making you pay to have an optimal experience. Indie gaming and retro gaming is where it’s at right now. I saw even more bad news about Diablo: Immortal but I don’t want to flog a bad horse. It’s out there if you care to look.

One game I was looking forward to but not so much anymore was the Perfect Dark reboot by The Initiative. Perfect Dark was one of my favorite N64 games of all time, wonky controls and frame rate drops be damned! I was hoping for a return to form arena FPS with no hero shooter mechanics…and then half the studio walked in March. Awful timing, and it doesn’t grant good optics for the studio. 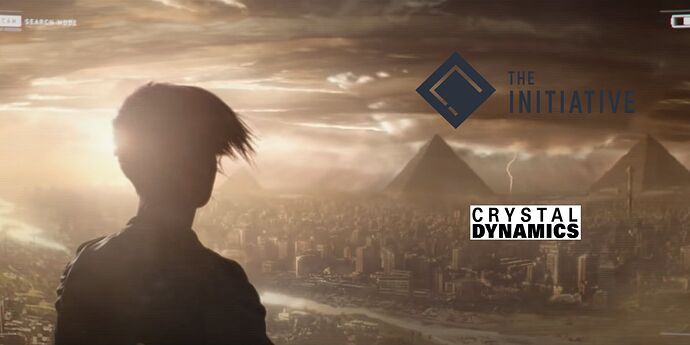 Rumor: Perfect Dark Studio The Initiative Lost Half of its Core Development Team

And then smack dab in the middle of that article is a link to another article rumoring that it would be a live service game? No thanks. I dodge all live service games after BF2042, Lawbreakers, Halo: Infinite, Anthem, the entire Brave Frontier IP disappearing, and the slew of other shit-tier live service games that come and go like a flash in the pan with nothing to show for it. 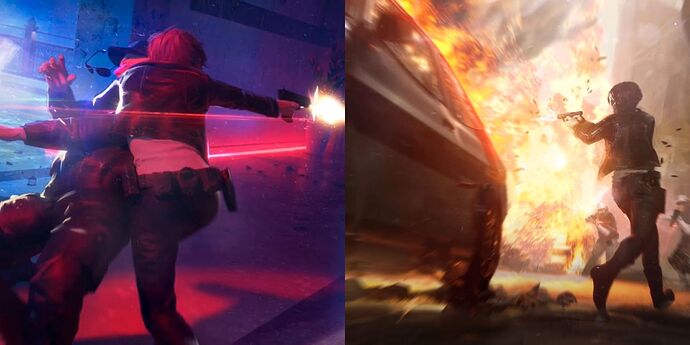 While there isn't a great deal known about the upcoming Perfect Dark remake, there are some signs pointing to what could be its new format.

It doesn’t say much of value, however you don’t hire people with experience in live service games if you don’t plan to take your IP in that direction. I guess I’ll stick with the original.

Still waiting for more information on Scarlet/Violet. So far it looks like Sword/Shield+ so I’m not too impressed, but I’m also not disappointed. Also Lechonk just saves the game - he’s the unofficial starter of the gen. I’m probably gonna buy both so my fiancee and I can play together, but my competitive days are far behind me. I’m a PKHeX man now - I like my time so just gimme what I want LOL

Yeah, the improvements are definitely impressive, but I’m also in the camp that it’s fine the way it is. My guess is that they’re trying to build hype with the new HBO Max series adaptation. The fans certainly weren’t asking for it.

PS1 graphics ftw! Best aesthetic of all time. RE4 remake will be an interesting remake. The remakes for RE2 and RE3 were comparably different than their PS1 counterparts because, apart from the upgrade in graphical fidelity, they replaced tank controls with modern RE4-style camera and movements. I don’t expect they can really change up controls that much with RE4make, so a lot of the modernizations I expect to come from the change in tone and the way the story is told. And in this way it may feel like a less substantial upgrade when compared to RE2 and RE3.

People are too quick to judge imo. I think the stream I was watching from was more civil so I didn’t get that sense of hate as much from the crowd. Unfortunately, I think you’re right in saying that a majority of modern gamers are more appreciative of AAA games and probably for their graphical fidelity and realism. I get where they’re coming from since the snippets of Unreal Engine 5 we’ve seen so far look really impressive and people are dying to see more of it on the latest generation of consoles and PC. They’re probably hating on indie games because they opt for art style over graphics and it just doesn’t fire off their neurons like a trailer for Horizon Forbidden West would where you can see the literal hairs on a character’s face.

And that’s a shame because there are a lot of good indie titles, like you said, that can still hit you with awe inspiring art style and solid gameplay. AAA ≠ high quality and indie title ≠ poor quality.

I’m secretly happy that a lot of big live-services games are either bombing hard or underperforming. Companies probably won’t learn from this, but at the very least they’re losing money. 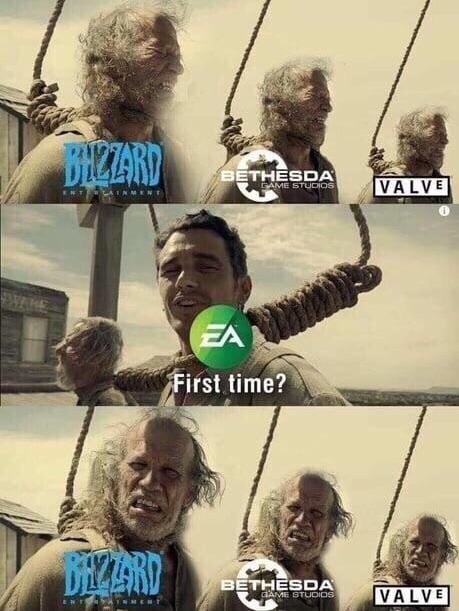 Last night we got news that there will be a Final Fantasy 7 Crisis Core remake. Now THIS is a remake I can get behind.

Crisis Core is a really important element in the lore of FF7, but sadly it was on the PSP and getting hold of a copy is pretty difficult. It could really benefit from the combat system uphaul that 7R received.

Also it has one of the best protagonists in the FF series and the story was solid, a perfect balance of funny and emotional with some incredible character relationships. More people need to know who Zack Fair is (and why Zack > Cloud).

A trailer for the sequel to 7:R also dropped and I actually still need to play the first one, but I can see that we’re messing around with timelines and bringing people back…Just hope we don’t go to Kingdom Hearts levels of timeline fuckery.

Get woke, go broke. The graphics and gameplay of TLOU II were phenomenal but I’ve never seen such a high amount of controversial forced political narrative in a game. I will play it again eventually for the things I did like, but it was a dark-ass game, honestly.

I would like to see a different narrative with similar gameplay set on the other side of America in the TLOU world, that’d be dope.

Ubisoft just published a list of games that will have their online services discontinued September 1st. After that point, most multiplayer features and even some DLC will be unavailable. Assassin’s Creed fans take note.

Also, I have to mention Minecraft. In the latest update (v1.19.1), a reporting system was introduced where players can report anyone they interact with directly to Mojang. The players who are reported can be banned from online play and even their own private realms if they were found to be in violation of community guidelines. Mojang insists that each case will be handled by “a team of experts”, but I’ve been playing games long enough to know that whatever can be automated, will. An automated system with lots of false positives will result in accounts being banned unjustifiably. Probably not good for anarchy or more risque servers. We’ll see how this shakes out.