There’s so much good stuff out there so good luck in your search for brutal tunes.

I’d say death metal differs to grind in a few ways. Proper grindcore is usually more punk influenced than death metal whereas gore/porn grind tends to be “groovier” and doesn’t take itself too seriously. There’s lots of fun to be had in porn and goregrind. Haha. Death metal tends to often (not always obviously, look at Party Cannon for example) be more serious and more technical in the performance. + These days it seems pretty much like every death metal band wants to massively over produce their stuff so it basically sounds like machines and have about a billion slams and bass bombs in it. Not really cool imo but what do I know?? Haha.

Proper grindcore is usually more punk influenced than death metal whereas gore/porn grind tends to be “groovier” and doesn’t take itself too seriously.

Nah, this is not completely correct. Grindcore can for most part be split into two different subgenres: the punky one and the metallic one.

On one side of the spectrum you got (old) Napalm Death, Extreme Noise Terror and S.O.B. who all came from a punk background and plays very punky grindcore which leans a lot more towards hardcore and crust than death metal.

On the other side you got bands like Impetigo, Nuclear Death, Carcass, Terrorizer and Bolt Thrower (In Battle There Is No Law!) which leans more towards death metal. 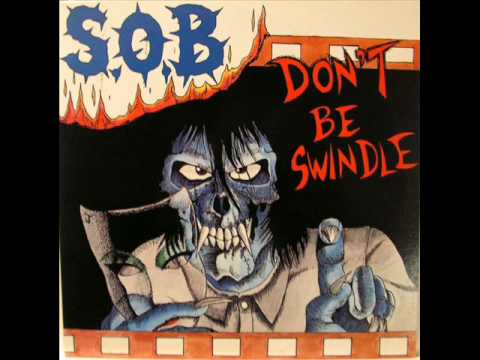 Both grindcore (and amazing), but the overall sound and vibe is very different with one leaning towards hardcore punk and the other towards death metal.

Thanks for this explanation!

Bro, anything with the suffix “core” has roots in punk hence hardcore punk. You are correct that grindcore bands can sound more metal or more punk but both are still rooted in grindcore which itself is rooted in hardcore punk. So no matter what kind of grind they’re doing it still has hardcore roots. If it doesn’t have roots in hardcore punk then it simply isn’t grindcore at all. Even if a band labels themselves as such.

I’m sorry, but what I said is completely correct so let’s not confuse matters. But yes there is a side of grindcore that does tend to lean towards death metal that’s true, but nothing I said was wrong either. But if you wanna write your own definition catalogue for every sub genre of grindcore go ahead. I was just throwing out a couple of generalisations as with so many bands is existence doing different things you literally can’t pigeonhole them into just one or two boxes.

The first grindcore release was an extreme death metal album. The core of the album is metal. Which should not come as a surprise as these guys emerged out of the thrash and (proto-)death metal scene.

The second grindcore release was an extreme hardcore album. The core of the album is punk. Which should not come as a surprise as these guys emerged out of the hardcore punk scene.

There’s similarities between them, as there’s bound to be when you make that extreme music, but they are very different at the core as one belong to the metal scene and the other to the punk scene.

I’m not sure how any of this is wrong?

I never said you were wrong. I was more backing up why what I said was valid despite you saying I was wrong.

86 saw the release of “Slaughter of the Innocent”, which paved the way for the death metallic side of grindcore. Impetigo, Blood, Carcass, Nuclear Death etc.

86 also saw the release of “Scum”, which paved the way for the punky side of grindcore. Extreme Noise Terror, S.O.B. etc.

Both are considered grindcore, but there is no doubt that they do sound very different as well. Which is no surprise as their core is very different. One sounds more like Siege, Doom and Discharge, while the other sound more like Necrophagia, Possessed and Mantas/Death.

Personally I think this is something that makes grindcore history really interesting. Highly recommend the documentary Slave to the Grind. It was superb. Both interesting and fun.

You keep misusing “core”. Literally anything no matter what sub-genre that has the suffix “core” is rooted in hardcore punk. Yes there are many sub-genres and various degrees of experimentation but any genre with core in the name has punk roots that’s where the suffix “core” comes from be it metalcore, deathcore, etc. If a band isn’t rooted in punk in some way then it isn’t “core” period. It isn’t just a cool suffix to add to the name of a genre.

You keep using core to mean what the bands sound is rooted in. Also you definitely said @DirDude was wrong, you said nah that’s not completely correct. What else does that mean?

You are free to say that all you want, but I am not in any way, shape or form the one who coined the term or started using it about both bands rooted in punk and bands rooted in metal. It really isn’t my fault it is like this. It’s been like this for 30+ years. Again, not my fault.

English isn’t my native language so I might be way off here, but if I said “that is not completely correct” in my language it would mean something like “that is partly correct”, implying that parts of what was said was true, or that everything said was true BUT wasn’t the entire truth/story/whatever. My apologies. I am pretty sure DirDude won’t loose any sleep over it or was offended at all, so it’s probably not a very big deal tbh.

You are free to say that all you want, but I am not in any way, shape or form the one who coined the term or started using it about both bands rooted in punk and bands rooted in metal. It really isn’t my fault it is like this. It’s been like this for 30+ years. Again, not my fault.

No offense intended but where do you think the “core” in grindcore comes from do you think adding “core” is just a random name? Hard"core" punk is where the “core” part of any genre labeled as such comes from.

Apologies though about saying you were calling dirdude wrong.

That would make sense. I’ve not said otherwise. But the thing is that genres and their names were a mess back in the 80’s, and were not always made to make sense, but to sound cool.

If I am not mistaken, the term grindcore has more to do with Swans than hardcore. Someone are free to correct me on this, because I might be off (I’m not expert). But I do think the story goes something like this:

A 16-17 years old Mick Harris (of Napalm Death) bought a Swans record in 84-85. I can’t remember if it was Filth, Cop or both, and it doesn’t matter. But he picks up one (or both) of these records and the only way he knows how to describe their music is via the term grind. He experienced the music as being loud, abrasive, heavy noise. And that was, to him, simply grind.

Fast-forward a few years and Mick Harris decides to throw grindcore out there when describing Napalm Death. Not because it was actually rooted in hardcore, but because they re-created the kind of wall of loud, abrasive, heavy noise that Swans hade made a few years earlier. He added the “core” part to it because the music was faster.

Back in the late 80’s tape-trading and zines were huge. Someone used the term grindcore to describe this type of music either in a zine or a letter, and it caught on. This then was used to describe all the bands who took either hardcore or death metal and turned the knob up to 11.

Again, feel free to correct me on this if anything is wrong. I’m by no means an expert, but unless my brain is playing tricks on me I believe this is the story behind it.

I definitely did not sleep at all worrying about all this.

Haha. Nah it’s cool dont worry about it. Like i said you weren’t wrong at all. But what i was trying to do was make a more clear differentiation for someone who is new to the more extreme sides of metal by picking a couple of attributes that do clearly seperate grind from death metal, which were completely correct. I was not looking to confuse matters by saying “oh but there is grindcore out there that basically sounds a lot more like death metal but actually isn’t death metal but is still classed as grind” if you get what i mean? Especially when not every single band in grind or death metal do sound the same or do have the same styles, take old school death metal vs slam, both have very different characteristics but are still death metal but you could make a couple of generalisations about both which make them death metal without going into the specifics of why some is more “old school” and why some are “slam”. If i havent made myself clear now i dont know what else to say.

But anyway, death metal and grind are both awesome so keep it blasting and stay sick! Haha.

So uhhh anyone else checked out that new Napalm Death EP? I thought it was quite nice for just being leftovers from their last (also excellent) album.

I love it when they do experimental shit like this (which kinda brings us back to the mention of Swans by @Your_mum now that I think about it :D): 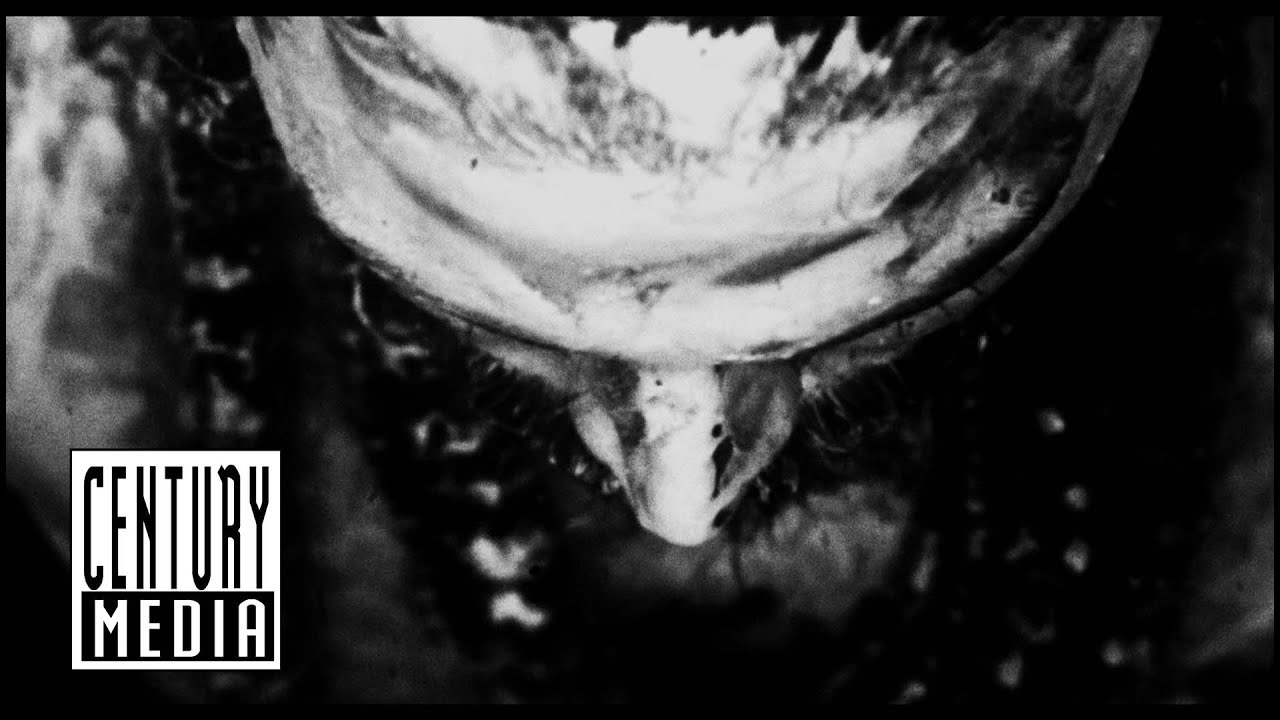 (not exactly in line with the thread title, just thought I’d drop in to mention, seeing how the convo steered more towards grindcore in general)

I’d recommend this for starters Grindcore - Wikipedia. I’m not going to bother repeating myself since anyone can read above. But yes my friend all “core” genres are rooted in hardcore punk. Believe it or not that’s simply the case it’s definitional. Btw your English is excellent

. But I thought I’d mention them. One of my favorites. 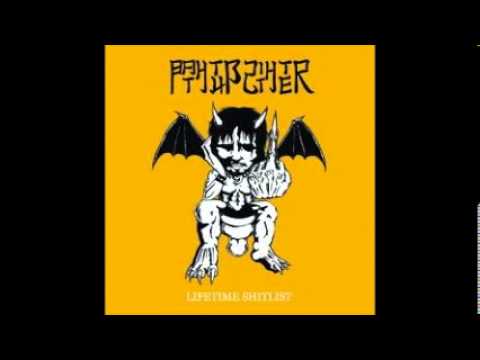 I bet they are 100% posers that name is soo mid

Haha i think they could go under the “Poogrind” category (coining that right now, haha). Up thrre with Gutalax, Shitfuckingshit and I shit on your face (shame these guys split as they were actually damn good).

These guys are pretty nice.

Hahaha yes! Literally been listening through their discography the last couple of weeks. Know Martin the main dude a bit as well, really good lad!