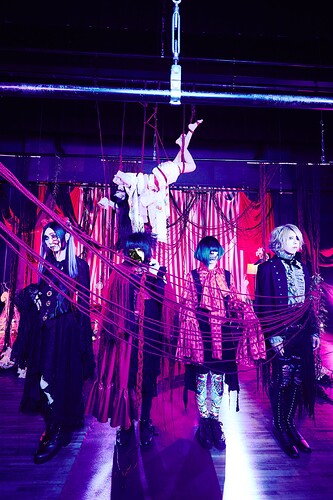 I’m just starting this thread to handle my fear to lose this band. After three lives in winter 2020 there were no signs of life anymore. Even their last twitter post is from January. Also the last release is now nearly a year old.
As we all know this scene for a little longer those signs are looking really unpromising. But maybe I’m worrying too much and they will announce a full double album in the next days.

If they would disband I would shed manly tears, that’s for sure…

Would definitely like something new from them. Super promising band.

I hope they release something this year, I loved everything they put out so far

Just last Friday Ai posted he got to go to a live house for the first time in awhile and at the end put his leg up on center stage and started crying for some reason. So I’m taking from this he really misses performing, I have hope for them even post - rona. He’s been going back through old posts from lives too the last month. Idk if that Brazillian guy who always responds to his posts is on this forum but, lol yea I agree Ai is a person meant for the stage, so it seems.
I am always holding out for a more KYTK sounding release, or even 1 song but I love everything they’ve done so far except a few nitpicks. 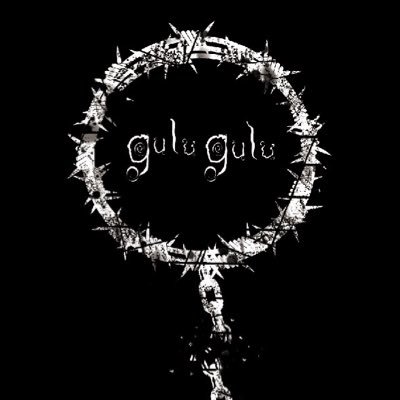 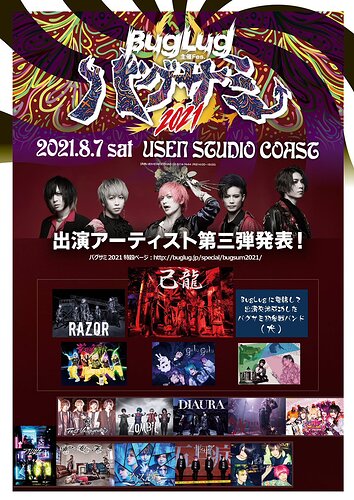 Even if it’s just a live announcement I’m glad that they’re back at it.

I just stumbled about the gulu gulu page on last.fm.
There I found that the listening trend has merely doubled in the last months: 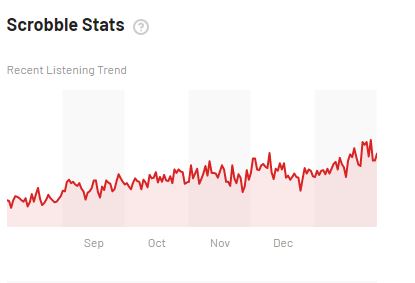 Did I miss something or why did they gain so much (I know that last.fm is not that representative) popularity during the last months without releasing new music nor promotion stuff?
Is this because of the pedophilia controversy on twitter?

Nevermind I’m loathing for new music but it makes me hopeful that they are active again with many lives at the moment. They even had a live with video wall in the background. Maybe this could result in a live release.

Is this because of the pedophilia controversy on twitter

That’s what came to my mind too.
The whole stuff happened in july last year, so maybe a late response

Hang on what? Paedophilia controversy? What the hell happened?

One of Ai guitars has photographs of a young looking female with a school uniform. I think Ai tried making a statement about his music saying they are against that sort of stuff but then people took it out of context and said his music videos also support it.

Hang on what? Paedophilia controversy? What the hell happened?

another guitar has a photo of a naked female

That second guitar doesn’t belong to Ai,
It belongs to ex-sibilebashir Izumi. Also that one wasn’t even talked about in the beginning.
There was a second controversial photo thou

I’m very sorry for misunderstanding I edited the post to delete the info about Izumi guitar.

Ah wow, I don’t really check the gossip thread and totally missed all this. Seems like a lot of speculation though so not sure what to think on the actual issue right now. However, this does also go to prove once again that even bad press is good press for bands. Haha.

Huh, so it’s not just me lol, I’ve been wondering cause in the past months photosets / vids and cheki I posted years ago of KYTK started getting traction out of nowhere and I was kind of confused what was going on since I barely keep up with news aside from glancing the first 15 posts here.

When I looked it was definitely almost all kpop teeny adjacent blogs, then I started to worry tiktok-tier drama was going to start spreading into vkei after that lol, or at least with my luck to the few ‘’’‘active’’’’’ bands remaining that I actually like.
But I also thought, surely the overall themes even without them understanding the lyrics are too much for standard pop twitter users and would weed out most of them…guess not.
Of course I know there are normal non-death threat kpop/tiktok fans, but man the spread of this violently hostile imaginary fire stoking brain damage is too much, I can’t think of another way to refer to it. Never thought I’d genuinely miss ‘’’‘cringe’’’’ 2000s emo fan era but I definitely do.

That aside, PLEASE release new music…I need water in this shitty desert.

As they posted new visuals (Gulu Gulu (ぐるぐる) new look) one can hope for some announcements in the near future.

They are holding many lives at the moment so they are definitely back in the game!