How does everyone here get their Japanese music?

Apparently I need to phrase this differently because even though this site does have Monochrome Heaven in it, it just isn’t the same, how do you guy’s and girls listen to Japanese music? Where do you find your singles and albums?

I am probably the only one who uses Apple Music.

OTOTOY all the way! And sometimes Bandcamp.

I used to buy CDs a lot more in the past, but these last few years I’ve slowly accustomed myself to digital download purchases (when available), saves a lot of extra fees and hassle.

Discogs, Rarezhut, OTOTOY, MH/JRO marketplace, CDJapan, eBay… I usually prefer a physical copy but if it’s too hard to obtain or too expensive, digital is a good alternative, especially with websites like ototoy which mostly provide lossless.

Apple Music is also my choice as it allows to migrate it with my existing ITunes library. I also like the design more than Spotify.

I have to admit that I still load hard to find Japanese music illegaly. In particular to try if I like it. When I like it I primarily buy the music on disc.

Once I decide I want some Japanese music physically, I try to compare prices&fees between CDJapan, Discogs, eBay, and Mercari. I usually try to hit CDJapan for new releases to support the artist as much as I can, but older stuff I’ll try to buy up used; Japanese CDs get so expensive, I was super stoked to get a batch of four old cali≠gari albums for ~$12 USD a pop after fees. Bandcamp is good for Japanese bands that have international presence (like Envy, Heaven in Her Arms, Mono) but I haven’t seen much VK on there.

I had never heard of this OTOTOY site before this topic, but I’ll have to peruse their selection. Purchasable direct downloads>>>>>3rd party distributors/streaming services like Spotify all day every day.

i tend to buy things in hong kong/get it shipped there and pick it up when I go back. i’m happy to stream things i’ve not picked up yet cause i neither want to buy it twice nor make a digital collection.

For some bands, check the links in the description of their youtube vids or even OHP to see where you can download/buy the music. Some of the newer bands will give you a link to all the places available for purchase.

Here is one for example for the song Mindset

Wow! Thank all of you! I have listened to Japanese music since I was 4 but I’ve honestly never heard of all these options! You guy’s and gal’s are heroes!

Thank you! This is really nice of you to do! I’ve mainly always found my very legal and totally not downloaded music on either MH or strange Russian websites that I can read haha! I’ve basically done that since I was 4! You’re a hero!

Which of those sites do you find the widest range of albums and singles? I know that I purchased four UNiTE albums for twenty dollars all together which was nuts! Plus signed merch a poster and little pins because the person talked with me and found out how much I love UNiTE! Really great experience! What would you reccomend??

One thread spawned off the other or vice-versa, I’ll also include what I’ve mentioned in the OTOTOY thread as well. I’d say a huge chunk, perhaps even the vast majority of Visual Kei bands who go digital use a multi-platform service like https://www.tunecore.co.jp/. They can choose whatever platforms and generate that link page (like in @JukaForever 's post.)

For digital consumption, a Spotify Premium subscription is definitely worth it, and I’d also look into Deezer. I also use Recochoku and Mora.jp if need be.

Physically, all of my active artists have gone digital to some extent. I haven’t bought a new CD (like through Jishuban Club or CD Japan) in 2+ years. Instead, I usually hunt for sales posts here, ClosetChild CD, Puresound, Yahoo Auctions, Mercari, HARD OFF, and Mbok.

Mercari has been the best for me in terms of expanding my collection. A lot of sellers put batches of an artist’s CDs up for sale, which is great if you’re trying to get partial/complete discographies. It’s also not bad for rarer/limited stuff, though you probably won’t score great deals on stuff like that. New stuff pops up all the time on there so I check it frequently.

CDJapan is good for pre-ordering new releases or getting stuff that’s dropped in the last few years. They also have some proxy options which are nice, so it’s not exclusively newer releases.

Discogs is great because a lot of people with huge collections use it as a marketplace, and so do some independent retailers. As far as finding J-Rock from the 80s or early 90s goes, I’ve done better on Discogs than on Japanese sites.

eBay I mostly use just to check odds and ends. Sometimes a good deal will show up there. I’ve gotten one or two Japanese releases from it. Mostly I use it for stuff like European vinyl pressings, though.

CDJapan. I used to use YesAsia too.

YesAsia is a deep cut.

I’ve been simultaneously pleased at how many older VK records have appeared on US spotify in the last year or two and annoyed and how many are still missing! I largely listen to rips of the mountain of used CDs I bought at BookOff! and Like a Edison in Tokyo in the early 2000s via my YouTube Music account, and try and fill in gaps using YouTube. Bands have put up so much on their own accounts recently, it’s pretty cool.
Back in the day I used to buy a lot from CD Japan and Kinokuniya, and there’s always eBay. 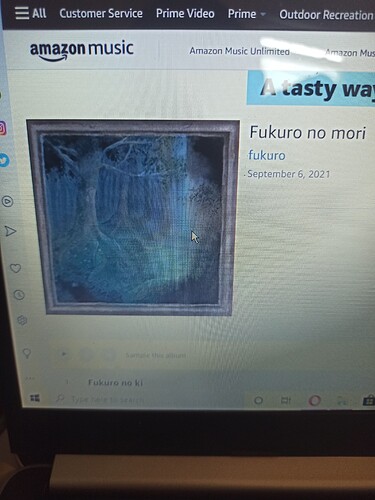 For listening, Spotify and Youtube. For non-vkei (and even vkei to a certain extent) it’s amazing what you’re able to find on Spotify. I’ve come across some really small random indie artists I’ve never heard of on Spotify.

For buying, lately it’s been HMV. They have a great vinyl selection and carry a lot of stock. Overall I like their interface better too compared to other sites like CD Japan.

P.S. Anyone else used to scour Livejournal for jrock CDs?