Wow that song for sure lives up to the album cover, definitely gonna have to buy it now.

I am very satisfied, but I wish we weren’t forced to read the engrish lyrics LOLOL

So we got Edward Scissorhands and Cruella, who are Zyean and Sena then?

Legit my first thoughts when seein the new look

The new look. I love it. 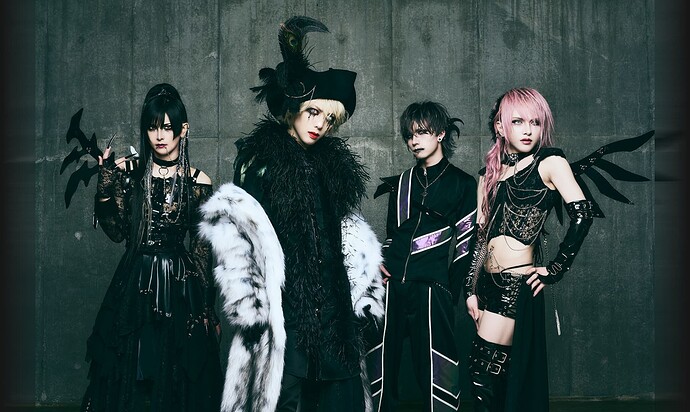 Not a scientist, but I’m developing a theory that including 6 breakdowns in every song you write actually makes them less memorable… even when they are good lol.

I do like this one, but I’ll give it some more plays without the PV. The lyrics themselves are not that bad but the font, size and placement of them is awfully distracting from a excellent looking video.

Man, this band makes me sad. I see the potential, in theory they are right on my alley, but for some damn reason I find their work super uninspired. The way their songs are structured is very distracting, and god damn they should fire the person that decided everything should be this compressed

I find this to be less compressed than many, many other productions, to be fair.

I will agree on the lack of inspiration, but to a point: I think it’s more of an issue in digesting the tracks. It always takes me multiple listens to get into their harder songs as they always mash so many things old&new together

but they end up making sense after a while, and that’s the beauty imho!

The way their songs are structured is very distracting, and god damn they should fire the person that decided everything should be this compressed

I’m hoping they’ll use a new version of suzaku, because the single version is SUPER compressed.

As for the song itself, it feels like piecemeal of all their harder tracks slapped together. I don’t dislike it, since I like everything they’ve crammed into it, but it sure is a mouthful. Regardless, they’re my bois and I’m going to buy it regardless.

5th track’s preview kinda slaps, gotta admit. The rest is good, but that one seems to be the most interesting.

One year after their last mini album, JILUKA are back with their new mini album IDOLA, presenting you a parallel world with the choices that weren’t pursued in XTOPIA. IDOLA is a powerful and…

I got the regular edition of the release, can anyone explain what the difference is between the extended version of Ablaze is? Like am I missing out on something epic? Or is it basically just an SE type outro? Haha.

I also want to know!

The hidden track is only about 10 seconds long and is some weird clicking noises. Haha. Really nothing worth noting. But yeah I was wondering if the extended version of Ablaze is something epic but as the regular version ends on some twinkling sound I kinda imagine it’s just an SE type thing so just wanted to confirm.

For those interested, this is the footage from the hyper japan event aswell