It looks like Lar~Mia, one of the short-lived bands from the cult KEY PARTY label, has returned 20 years after their disbandment, now writing their name as LarMia. They quietly launched their official Twitter account at the end of March and have now announced their 1st single!

The single is titled 終幕の陽炎 (Shuumaku no kagerou) and will be released on 2022/01/25. Old fans might recognize the title from one of the band’s demos so I guess it will be a re-recording (this hasn’t been confirmed but it’s likely imo).

Can’t wait to see what they sound like nowadays, hope they won’t disappoint!

Vocalist Rei also plans on reviving his other band, Cannival Method, as well! For now, they plan to perform sometime in 2021 or later!

Hell yeah!!! All those old Q’s are back

I did a double take seeing this headline. And I’m pleasantly surprised 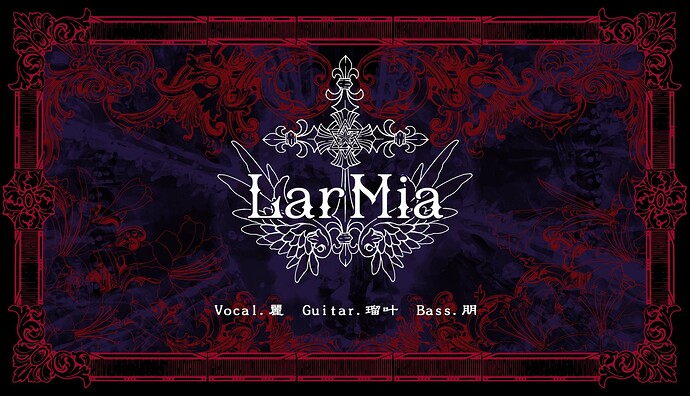 btw it’s really screwing with my brain how they have a Tomo on bass this time who’s not the original bassist who’s also called Tomo (even the kanji is the same).

Saw this on Twitter, it was really exciting news! They were far too short-lived for their quality imo

Sick! Echoing the sentiment that they were really good for how little time they were around