After 11 long years Maximum the Hormone is finally coming back to Europe for a short tour!
I actually saw them 11 years ago and they were so so good! So if everyone is coming to the show in Cologne, let me know. 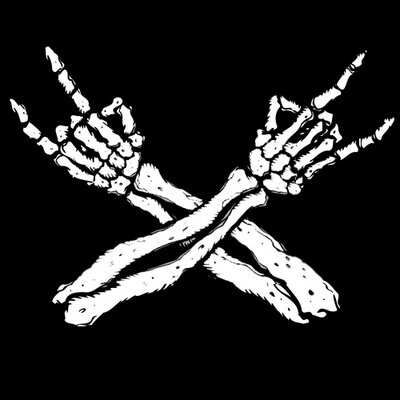 @MTH_OFFICIAL
MTH will be on their European tour from June 10th to 19th. On the tour, the band will perform at 5 venues including the huge music festival in France, HELLFEST which has been put off twice. It's been 5 years since we played abroad! We’re can’t wait to see you all in Europe! https://t.co/synmmQQBsQ 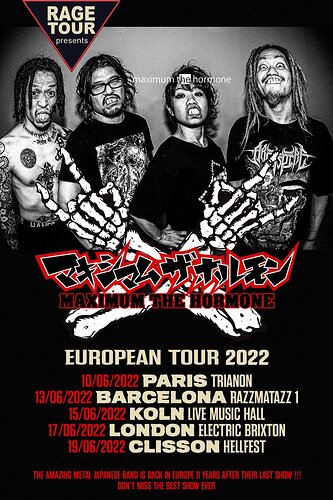 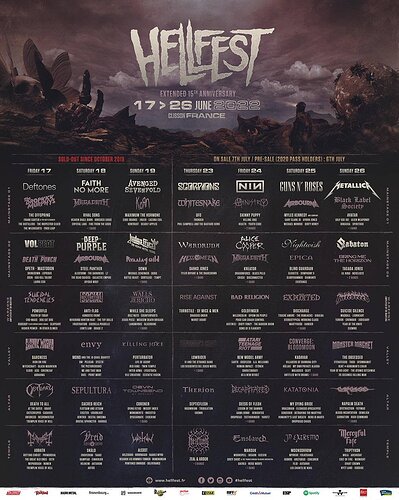 Korn and Maximum The Hormone in the same day. Daaamn. Wish I could go

I saw Maximum the Hormone live in Hamburg in 2011. Man, time flies fast!

Sadly I won’t have much chance to go this year (as it’s abroad for me) but whoever will, hope you all will have a great time!

Never gave these guys a go. Where’s a good place to start?

To me, the “Rokkinpo goroshi” album (2005) was the first time that they perfected their style with appropriately kickass production, but the two preceding EPs (“Mimi kajiru” and “Kusoban”) are fun too, in a more raw hardcore way. Next to “Rokkinpo”, the “Buuikikaesu” album (2007) is the other peak, tho a bit overly long imo.

As @Jigsaw already said I would start with Buuikikaesu, too as it contains the two Death Note singles which were the first contact with MTH for everyone I assume.^^ The “new” album Yoshu Fukushu is pretty good…

@KentaroFox cool, we were at the same concert!