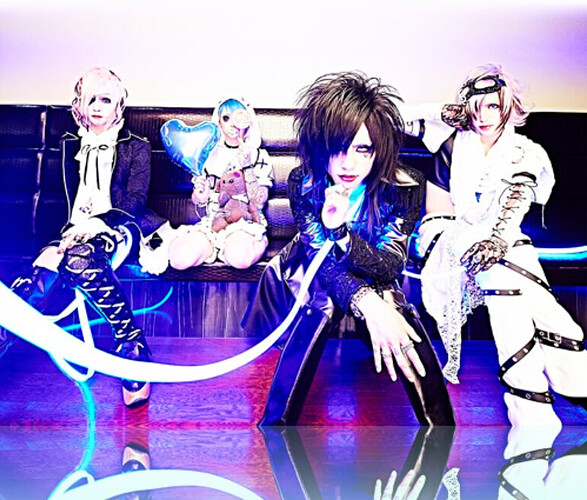 Tsuzuku and Koichi:
After terminating their contracts with their parent company Forum, which caused Mejibray to go on hiatus, Tsuzuku (now going by the name Genki) and Koichi went on to form 8P-SB, a non-visual pop duo, in 2018. The group released 7 singles and 3 albums, before pausing their activities in 2020.
Since then, Koichi has started a new solo project under the name TREMBLING BAMBI. Besides starting a solo project as Genki Takebuchi, Tsuzuku started a new band named SpeIL on October 31st. The project has a darker, more visual tone to it, and contrasts his last project. He released the song SPELL on December 15th.

MiA & Meto:
Since leaving Mejibray, MiA has participated in several different projects. After Mejibray paused activities, MiA acted as a supporting guitarist for Asagi (of D’s) solo project. MiA also acted as the guitarist for a one-time supergroup called Project.Revive, where he performed along with Mao of Sadie, SARSHI of NANA, Tomoyuki Enya of 12012, and JIN of SCREW. Today, MiA is the guitarist for a group called Sugar or Dry, which was formed by the YouTuber MONSTERsJOHN TV.
Meto is currently a support drummer for the band LIRAIZO, where he performs under the name Yoshitarou (由太郎).

What do you all think of Mejibray? I personally think they’re alright. I think a lot of their songs end up sounding pretty similar, but I still do like a fair amount of their songs. I don’t think that Mejibray will reunite anytime soon, but if they ever do, it will be interesting to see what direction they go in.

They are a fun band. Lots of catchy songs particularly the ones with English phrases in the chorus (Hungry Psycopath, Venoms, Secret No.3 etc)

They do have a quite a bit of samey song but the ones that hits, hits good. The lead singles are the stronger songs, they always have a sort of focused/inspired sound.

What do you all think of Mejibray? I personally think they’re alright. I think a lot of their songs end up sounding pretty similar, but I still do like a fair amount of their songs. I don’t think that Mejibray will reunite anytime soon, but if they ever do, it will be interesting to see what direction they go in.

IMO they were great and achieve success pretty fast in the west. I remember a girl from my college who was a fan of them, although we were never very good friends, when we talked it was about them.

Unfortunately I lost all interest after the single eiki, now with their discography on spotify I will revisit them and see what happened after that single.

Anyway, I think it’s a band that has earned its place as an essential one in the scene.

What, eiki is among the best releases imo

I miss them more than anything.

They are my favorite band, they basicly changed my life during my teenage years. ^^

Unfortunately I lost all interest after the single eiki

Same actually. But after I tried their releases after eiki, it ain’t too bad actually.
Til this day, I still listen to them, but mainly to releases before 2015.
And I sure enjoyed how many songs they can keep re-recording, like ‘‘KILLING ME’’.

To say they are on hiatus… mejibray is only coming back if they find a new bassist or vocalist and at that point it just wouldn’t be mej anymore.

Personal taste is subjective, so what might be perfect for you could be bad for me. (I know it’s a lot more complex than that, but for example, I love Metallica’s St. Anger for a lot of different reasons and most of their fans don’t like it).

I had a complicated relationship with the band, just as much as the fanscene back when they were active. I remember how hyped everyone was when their first single dropped. At that time VK bands fusing their music with Metalcore wasn’t as tired and clichéd as it is now and their sound was fresh. However, I didn’t dig that at all. I also slept on most of the Nu Metal influenced VK at that time and was more into 90s and mid 00s Kote stuff.

I warmed up to them slowly, they were actually the first “VK-core” band I liked. But man, did people start to jump on them. As early as their first album it was somewhat popular to make fun of them and their fan. I mean, yeah, they had crazy stans, but in retrospective the reactions seem overblown.

Funny how quickly people wished them back when Tsuzuku and Koichi turned into a wannabe K-POP duo for a hot minute. The chance of them ever getting back is really low, considering the troubles Tsuzuku seems to have with their ex-label and management.

One can’t deny the influence this group had on the indies bands. There are so many budget Mejibray clones out there atm…