This might be a weird question, but I’m curious about the various scenes in Hokkaido, all I know is Hip Hop is popular in Sapporo, GLAY are from there, and The Piass, the pillows, etc. I haven’t ever heard of a goth scene there or a punk scene (correct me if I’m wrong, but Hokkaido seems pretty rural, so that kind of thing probably isn’t that popular?). I just feel like it’s most general rock bands, seldom V-系.

I dont know too many bands Hokkaido either.
The ones i know are Hikage, Grandmother said and CVLTE should be from Hokkaido too.

Otherwise i know of bands like m:a.ture who was active in Hokkaido, but moved to Tokyo (thats was 11 years ago thou)

For Hikage i know that they perform quite often outside of Hokkaido, especially in Tokyo
Also their previous band did perform in Tokyo apparently frequently.

And CVLTE range from metalcore to pop

You come from Hokkaido. Is it hard for a band from the northernmost part of Japan to become popular?

Minato: I guess it’s hard to become popular in Hokkaido.
Shin: To be honest with you, it’s hard to become famous here in Hokkaido, considering the economic power of media enterprises in Hokkaido. But today, the music industry is beginning to change. It might be possible according to the way we do it. The thing we need to do is to find and use a new method.
Dai: There were some bands that got decent success, such as MELLO. But the music scene here is pretty shitty. Therefore we might be moving out from here

Thats from an interview with m:a.ture, 10 years ago thou.
I suspect that the scene hasnt changed too much.

Also to add this, a while ago from a Jpop group i like a member said something kinda controversial. They are known for their dome tours and the member said that they dont perform in hokkaido, because there are not enough people to attend, not enough fans who would come. (not enough fans attendening also means not enough money)
The whole thing was pretty fast deleted thou.
So if even big japanese Jpop groups refuse to go to Hokkaido, i think we can account that the music scene is a quite small one.

idk if this is the kind of music scene you meant, but a while back Koudai from Royz had a song from Marewrew on his IG story; i thought they sounded pretty nice~

Hmm, the only bands I can think of off the top of my head besides GLAY are non-VK rock bands as well.

Jake stone garage were from Sapporo, but they went on hiatus a few years back. I remember that mainly because when they came to Toronto on the Japan Nite tour the singer said something like “The crowd seemed a bit reserved, but they were listening really intently, which reminded me of home. Maybe it’s because the weather is kind of similar?”

CVLTE are also from Sapporo.

Got some more bands

Calls Name again
They seem to be quite new

Gotta give my props up to Graupel, they had those bands as guests during their performances in Hokkaido on their tour

My favorite punk band here Kokeshi Doll is from Hokkaido,
they only play shows rarely these days but they are still all living in Hokkaido so when they do
it seems there are chances to see them in Sapporo or down here in Tokyo. The recordings do not capture it but live the singer has this CRAZZZY aura of charisma, So f#<king cool! 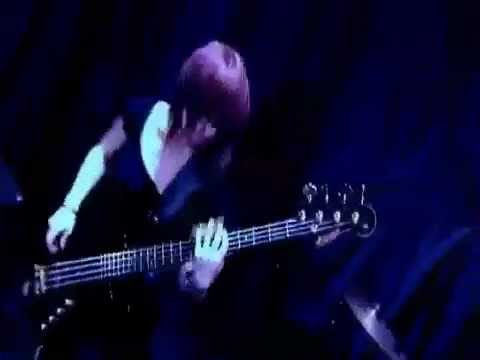