mysterious new band “CHAQLA” has formed on 12/27 and they currently have a countdown on their OHP that will finish in 3 days (1/11). They appear to be connected to V系って知ってる？(“Vkei-tte shitteru?”), the live/radio event from Maverick DC Group. 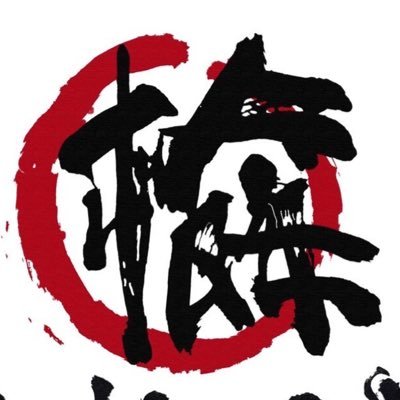 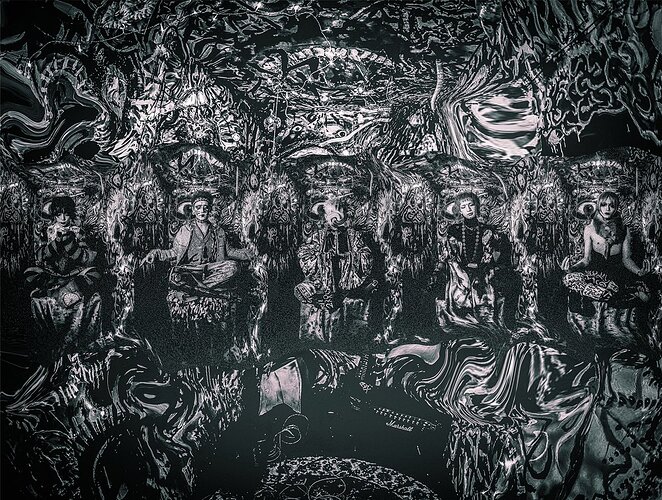 My chaqlas are open and ready to receive whatever this turns out to be. 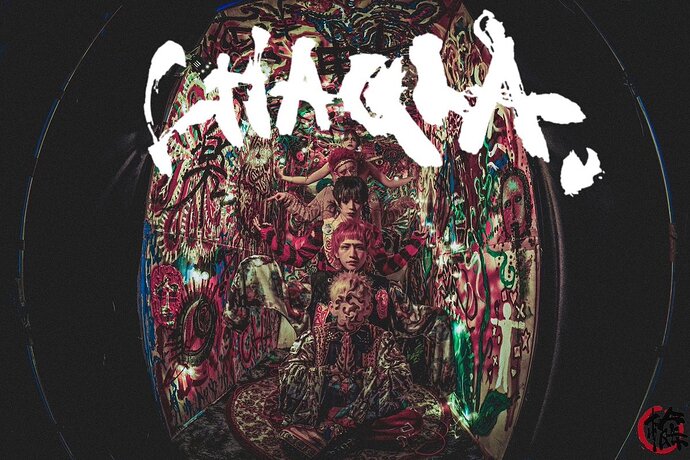 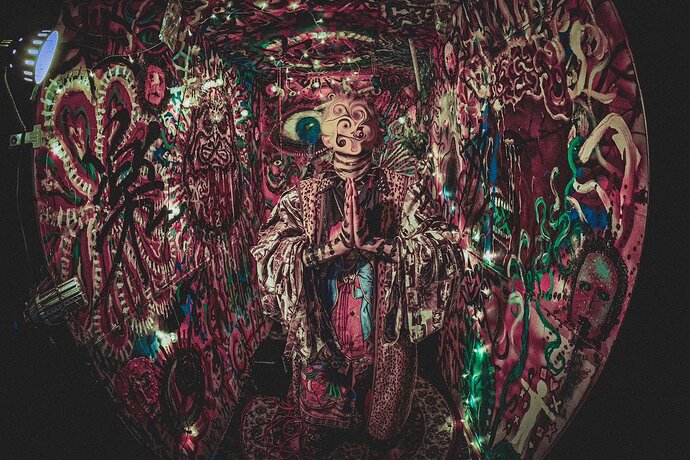 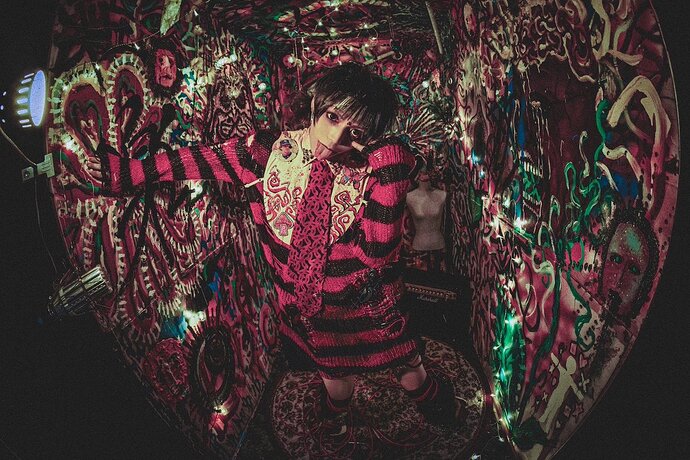 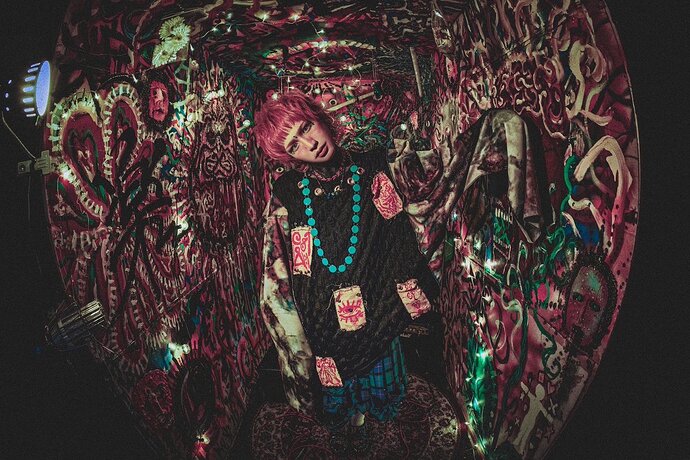 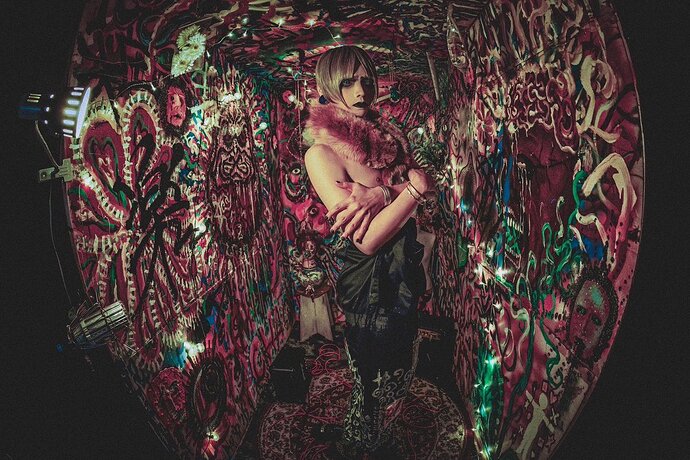 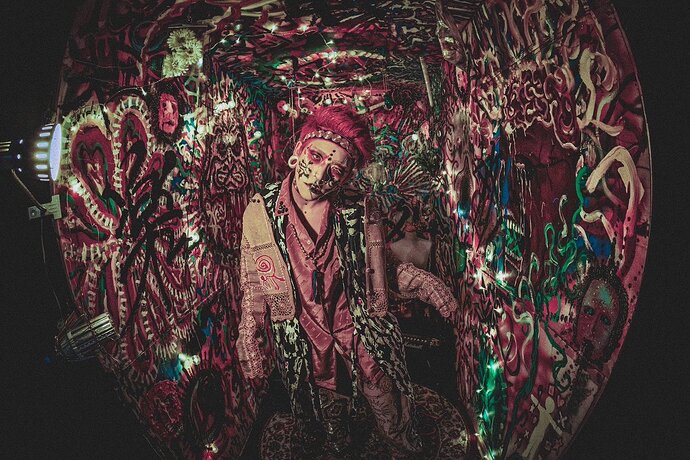 here I am, sitting here like an idiot watching their countdown end and they exactly had one full day left…yet they decided to end it early. anyway…

their first live will be held on 2/22, which is when their next countdown ends 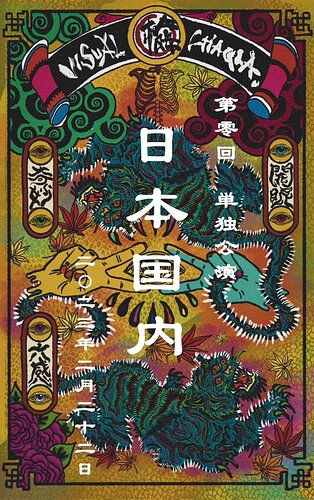 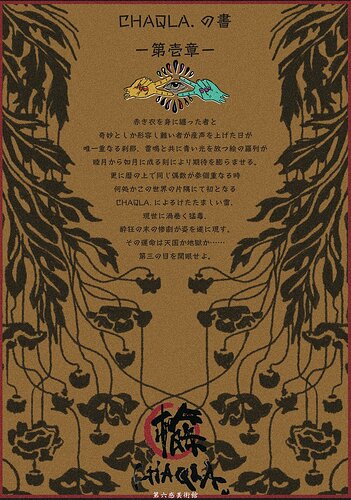 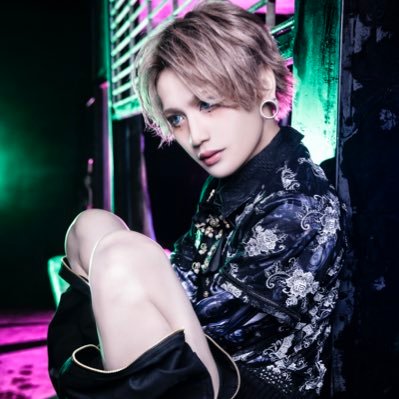 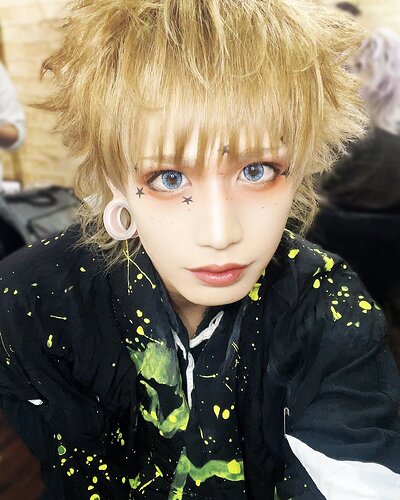 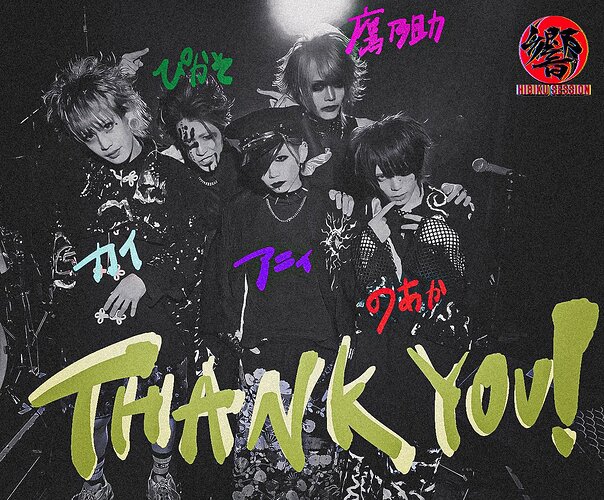 Their visuals are very cool !

So good to see ANNIE in a new band after RAKUGAKI! I’m excited for them!

I’m oddly hype to see members from similar vkei styles of different ex bands come together. I have a strong feeling this band is gonna be crazy and we got the vocalist from ex-rakuxgaki that’s already a crazy start. The antics we will hear will be interesting to say the least O-o

So it’s based around Brahman, Hindu, and CHAQLA is a stylish spelling of the Japanese pronunciation of Chakra, got it. I’m intrigued.

I’m even more hype now that you mentioned that concept.

I hated this name and came in here to clown on it, saw the line up and visuals. Quickest 180 of the year. Lemme see what comes next.

Not much so far, but looking forward to hearing the full track soon~

that teaser kinda got me hyped. i love the sound and looks! 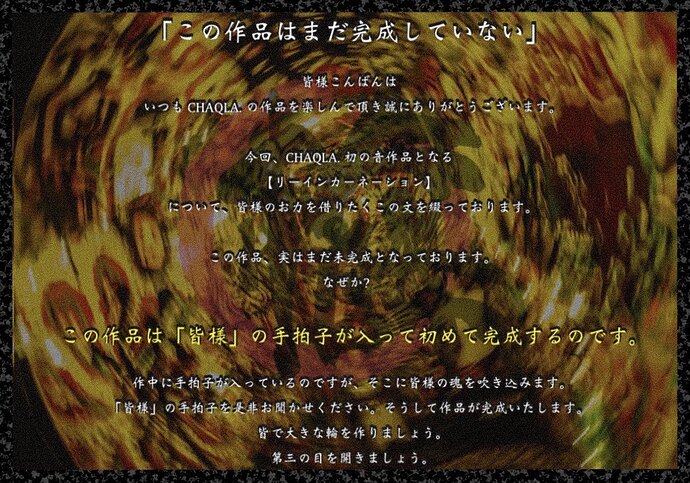 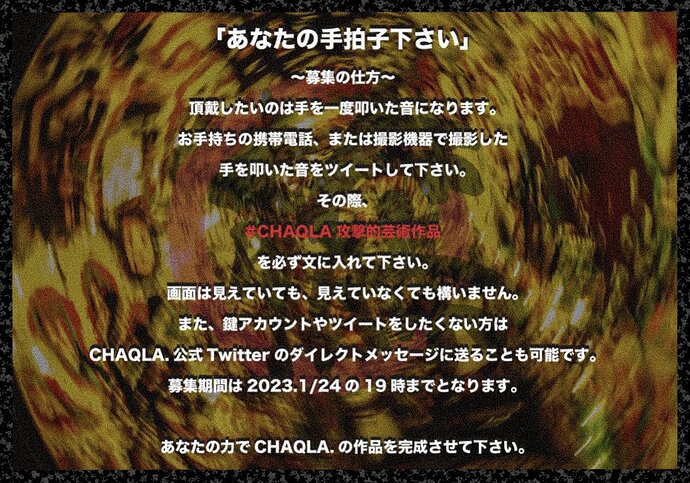 “This work is not yet finished” good evening everyone Thank you for always enjoying CHAQLA’s works. This time, I am writing this sentence about [Re-incarnation], which will be the first sound work of CHQLA., with the help of everyone. This work is still incomplete. why? This work is completed only after the applause of “everyone”. There is clapping in the work, but I will put everyone’s soul into it. Please let us hear your clapping hands. Then the work will be completed. Let’s all form a big circle. Open your third eye.

“Please clap your hands” ~How to apply~ What I want to receive is the sound of clapping my hands once. Taken with your mobile phone or camera Please tweet the sound of clapping your hands. It doesn’t matter if you can see the screen or not. Also, if you do not want to make a key account or tweet, you can send it to the direct message of CHQLA. Official Twitter. The application period is until 19:00 on January 24, 2023. CHQLA Aggressive Artwork must be included in the sentence. Please complete the work of CHAQLA. with your power.

Pretty sure it’s an excuse for fan interaction, the song’s done they just want to see how many videos they can get before they inevitably drop it on the 24th.