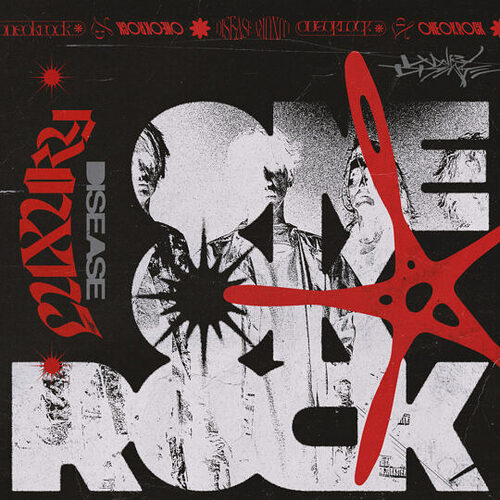 *Is a different version from the Japanese version.

It’s been a while since we had a full album from these guys. I’ve long since thought their best days are behind them but Taka said on Insta that ONE OK ‘ROCK’ is back so… cautiously optimistic?

I found Eye of the Storm pretty boring and forgettable so i dont have much hope for this one.

I did enjoy Renegades so I will give it a listen.

They also have a North American tour 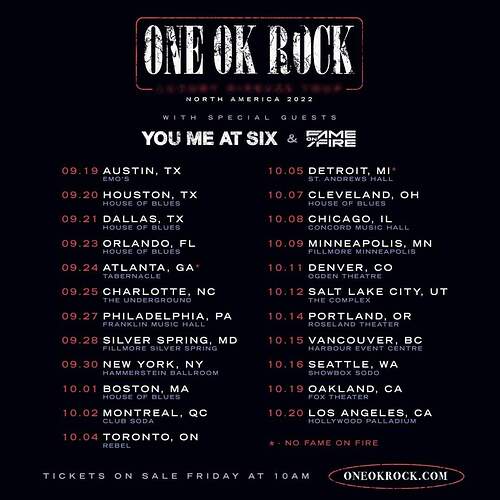 btw did anyone notice the new album title is pretty much an English translation of their first album’s title?

I wanted to go to this tour mainly to support more J-rock bands, but man those tickets for re-sale rn are $300 so nope I’m okay

Their new album “Luxury Disease” is out today.

Album is pretty good by the way.
Definitely their best since 35xxxv. I was a huge fan before but Ambitions and Eye of the Storm just didn’t click with me.

Luxury Disease is a little step backwards to their roots. Although it is pretty obvious that they jump on the Emo-Hype. Some songs sound like their are ripped off from MCR.

This album is interesting because while it’s still a far cry from their roots it marks the return of the drums and the guitar more to the front of the mix, definitely more obviously classifiable as ‘rock’ music after the last couple of albums. There’s a fair amount of variety here too, with some interesting stylistic choices on a few of the songs where the guitar tone and the use of synths harkens back to classic 80’s rock.

Personally one of the things I really enjoyed about OOR back in the day was the balance of English and Japanese in the lyrics, since both give Taka some different opportunities to express his vocal prowess. It’s a shame that they seem to write almost entirely in English now, with Japanese often tacked on as a couple of lines and released as a ‘Japanese version’ rather than the other way around. Perhaps that’s why ‘Mad World’ in particular stood out to me on my first listen (to the Japanese release).

When I heard “Save Yourself” for the first time I was like oh! Japanese lyrics again! Lol, I was honestly surprised. I really loved that song, and this album didn’t disappoint me, but it wasn’t exactly perfect either… Mad World was actually my far and away favorite, the Japanese version, it just flows SO well.

It’s a shame that they seem to write almost entirely in English now, with Japanese often tacked on as a couple of lines and released as a ‘Japanese version’ rather than the other way around.

Yea, I find that odd too. The “international version” is really redundant at this point haha 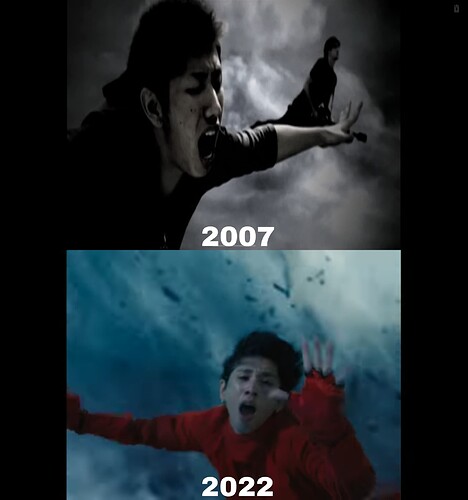