the GazettE will release 6 live Blu-ray titles of their previously released live DVDs on 2022/03/09. Only the regular editions will be available in the Blu-ray format. 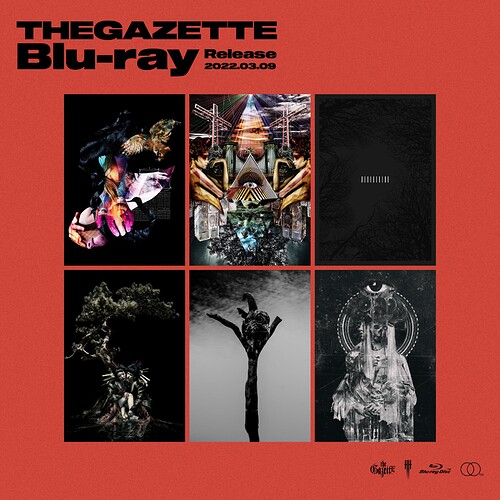 More bands need to do this if they can.

I don’t want to sound mental or anything but you can get all of the dvds online for a fraction of the price. Is essentially the same thing… haha.

I hate that DIM scene tour won’t have a BR pressing, it’s their best era all the way up to dogma.

I’m looking through playlists for the first 3 DVDs and it’s such a miserable type of nostalgia coming up from those (the devil on my bed, vermin, vortex — omg… they released so much outright heinous shit when sony signed them, I can’t believe they were touring that with a serious face.)

True but this one is in Blu-Ray. So I would expect better picture quality.

I went and re-bought all of Kamijo’s live in Blu-Ray this past year. The details looks a lot better when viewing on a big screen. You can see the finer details to his outfit and there is a lot less smearing of the background when viewing the full stage.

I agree with you on how Blu Ray quality provides much more details. I experienced it getting Laruku lives on Blu Ray and watching them on my 65" OLED. Glorious experience overall.

Good news from this lads!

I’m guessing they’re swan diving into our wallets like this because these concerts are going to be in better quality. I wonder if the source quality for earlier concerts are so bad that they don’t want to go through the effort to upscale it to Blu-Ray using AI. They should though.

I think it’s a copyright issue, sony likely didn’t bother buying source footage from their early DVDs out. they were shot on film cameras, and should hold up beautifully for bluray purposes without upscaling.

I think it’s actually the DIM SCENE tour marked their switch to digital-only concert filming which might hypothetically look not good anymore, but their entire re-release spree is done with sony releases only. unless king records ever renews their interest in VK, we’ll likely won’t see those videos re-released.