the Raid. Drummer Kazhi steps aside

After being discharged from the hospital (for a condition I’m unsure of), it seems that Kazhi’s disposition and motivation to continue as the drummer for the Raid. has waned. He claims he feels he can’t play the drums as well as he could and would like to withdraw from the band. After conversations with the rest of the members and fearing disbandment, they have come to the agreement that they will perform with support drummers live until Kazhi himself can find a good replacement for the band. In addition, if the venue has a big enough stage and Zakhi feels in good enough condition to play, they would like to set up two drum kits so that he can play alongside the support drummer. 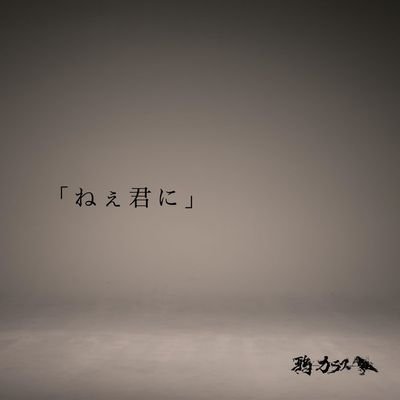 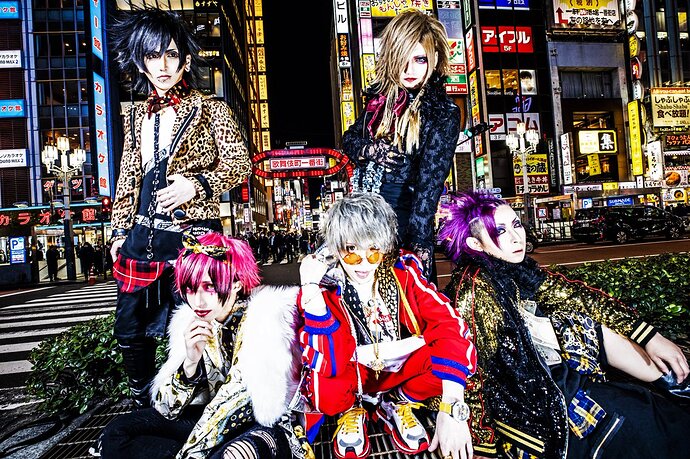 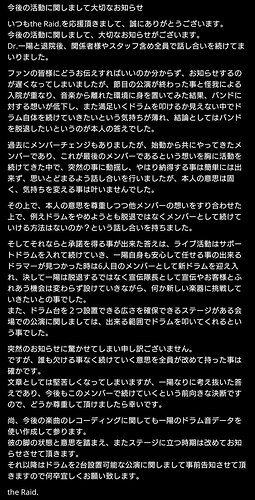 While I’m not sure how much I care about this band, this totally sucks for them. Didn’t they just get picked up by a label and are gearing up for the big-time?

Nooo I’m so sorry for him! I’ve always liked this band, since their early days and seeing him leave sucks

Yup,They got signed to Sony