THE THIRTEEN new mini-album, “Death Parade” will be released on 8/17 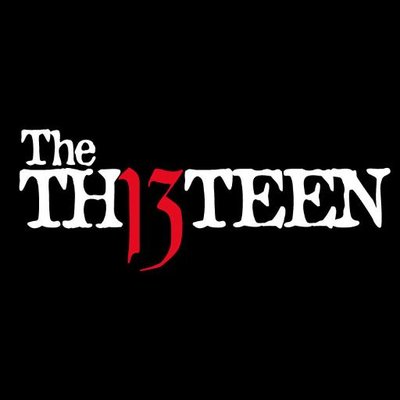 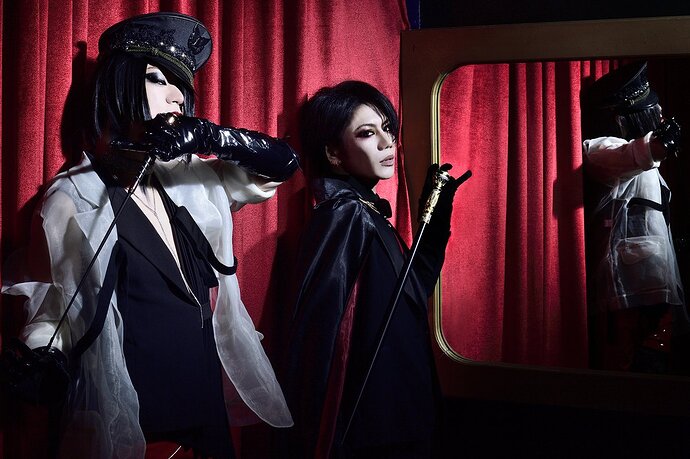 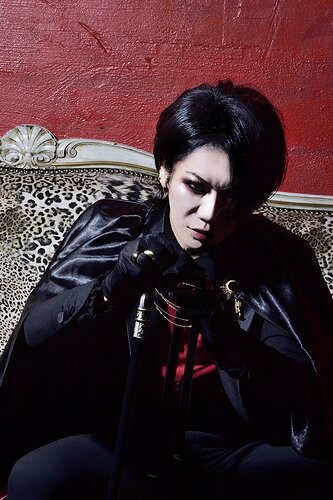 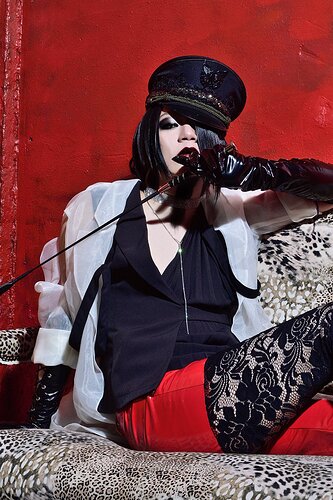 Smells the come back of heavy stuff.
For now, i don’t really like the visual and tired about EPs but keep an eye on this. 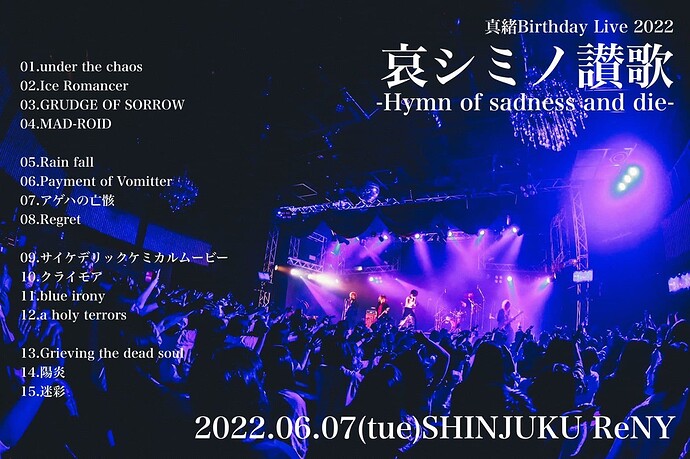 What! All Sadie songs at his birthday live? Nice

Damn, I miss these songs.

That’s a sign they should bring back Sadie and just double perform. He obviously misses the early years of Sadie lol

He always plays Sadie songs on his birthday lives so he def does. I don’t know why they cant just remake somr Sadie songs for THE THIRTEEN just like DARRELL does w8th DEATHGAZE songs

I wonder if its a label issue.

I find the composition of the group photo charming with the mirror (especially with the fact that only one person is visible in there, giving it a concrete vampire theme.) But the solo picture for mao looks bad. like this strong shadow emphasizing folds so strongly ruins the whole photo.

Deluxe edition (13000yen) will include CD (6 tracks), DVD including “Vampire” MV, multi-angler ver and offshot, 32-page booklet and will be in a sleeve case

Regular edition (2530yen) will include CD (6 tracks) only

the overall downgrade (looks aside, they are always looking beautiful) of sadie branching out into the 13teen and that other non-VK band we never heard about again is good food for thought for that local looking for tea on ghost-writing in visual kei

that tracklist sounds like a 12 y.o. came up with it after a Tim Burton movie night

I am curious how seaside ice cream would sound like

We need sadie to come back.

for my part to say that if they continue with this shitty sound I will not buy their new releases. We will have to wait for the previews. With how good they sounded heavy

I kinda like it, has a pretty fresh sound. Sure it’s not as good as some of their older stufr but I still enjoyed the track.

from the sound it is something really different from the usual mandatory jazzy track, they seem to even actually got “extra musicians” for the song, which makes me really respect the production of the song (they got credited in the end of the Music video, I understand this as that they actually also were there for the music recording) . But the refrain is a let down, it is not per se bad, but for me it feels the whole verses tease a different kind of refrain.

god this is fucking shit, the only thing thats a bigger plague than jazzy songs in vk are all the bin bargin salvation army idol groups coming out lately

In my opinion for the moment their best work is ’ Lament '. I like this song from the begin ( exepct the drum sounds that is tiring, Fake ) and recently I saw the song performed on a live DVD it’s really good… Mao nail the performance.