What types of jrock/vk related media do you hoard? (poll)

I’ve been curious about this for long time, wondering how far most of the people here (or back on MH) take archiving media related to jrock and/or vk.

It’s no secret that downloading music is a common practice in the overseas jrock fandom, so I won’t be surprised if most people check the box for “music”. . . But how many of you take it to the extreme? Do you care about having DVD quality .vob/.iso when almost everything is on YouTube in some capacity? Scans? Something else?

I know streaming has changed the game for some people who’d rather not be hassled with having everything downloaded. This is hard for me to imagine embracing… although NEW jrock/vk releases are often released on normal streaming services nowadays, there really isn’t much from the 00’s or 90’s, unless it was a really popular band. So if there’s anyone out there who doesn’t download/archive ANYTHING, I’d be very curious to know how you do it.

What types of jrock/vk related media do you digitally hoard (save, download, archive, rip, etc.)?

So, how do you feel about archiving media? Do you find security in having everything you value in some kind of digital format, or does it seem unnecessary to you? What’s your perspective on this topic?

Do you find security in having everything you value in some kind of digital format, or does it seem unnecessary to you?

It has proved useful for me already, because of my break in VK and laptop change (my old one was broken and the data basically lost) i had nothing anymore. But i had most VK stuff stored on an external harddrive. I have tons of translated interviews there too, from sites or accounts that have vanished.
The only problem i have… I totally suck at archiving. All the folders are a huge mess. Altought that can be fun too, to find here and there sudden surprises.

I just backed up my music last week. Uhhh… 35,000+ items, I guess this is something I’m hoarding lol

Other than music and live, it is posters. I have so many from 1st edition press releases. I used to have already a wall filled with posters during uni, I took those down after moving out but still have them. My collection keeps growing though but haven’t had a place yet to mount them on

I’ve had a similar dilemma in the past. I started buying posters again, but didn’t have any place to put them (and also didn’t really know how to hang them in a non destructive way). So then I sold them…

Part of it too is although I love visual kei, I’m not sure if it is worth the effort to have to explain any time people come into my flat lol. As even most of my musical friends aren’t really into vk.

I am going to have my wall extreme aesthicism when I buy my condo and I ain’t explaining a damn thing if people come over lol.

I rip all my CDs and store them on my phone and a flash drive. I guess I would try to rip live concert discs if I had any but I don’t. I do have a few PV discs but don’t see the need to rip them since I don’t watch them very often.

Music definitely. But while I’ve been going after very lots of different bands more than 10 years ago I now only collect what I really like.
I do own quite some, too but not so many (compared to what I’ve seen from some people over here) but that’s mostly for my favorite bands/releases (it’s like two full regular discographies partly without live limited stuff but these discos aren’t huge at all).

I hoarded magazines in 2006/2007 and just few here or there after. Some are free mags friends got me when they went to Japan or I bought from people who’ve been there and sold stuff.

It’s similar for flyers. I bought quite some from people who went there and sold them. Some of those I own I just got because flyers were sold as a bundle so I don’t care that much about some of those I own. And I got a huge stack from a friend. I don’t even remember how many different bands that one includes.

I collected setlists from lives I’ve been to for a while but sometimes the staff weren’t allowed to give them so I sadly don’t have those for all lives I went to (that’s just lives in Germany).

And I own like 20 tour shirts I collected throughout the years, mostly from lives I’ve been to. 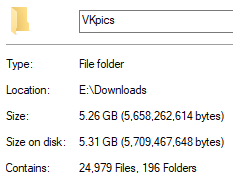 Maybe too many images

I have a few magazines and stuff too, but not too many really.
I’d like to collect more photosets and cheki though.

I have all my music at least backed up on more than one cloud service, as I’ve already experienced both computers and external hard drives passing tragically. I don’t normally hoard MVs since most vk bands now upload them on youtube in super high quality but I do save some stuff I rip that’s not typically found on youtube.

I’m not that much of a fan of watching concerts for some reason.

i primarily use streaming services, and rip songs from releases that i own that aren’t on them that i listen to a lot, but i dont have the time nor the inclination to do my whole collection digitally, and I’m too dumb to download things so thats not really a factor for me.