Which band in your opinion is absolutely the worst? and why?

Which band was/is overhyped even though they are bad?

I only want to add something.
I won’t name any bands

Any worst or best opinion is usually highly subjective.

So anybody here keep in mind, even if your favorite band was named in here, that doesn’t has to mean anything. Because worst or best usually has to do with personal opinion, personal taste, personal experience.

The last rock stars who ended up trying a K-Pop career and forgot that they actually can play instruments.

If I were to draw a circle between “overhyped” bands and “bad” bands, there would be the smallest sliver of overlap where some of MEJIBRAY’s output resides. It’s difficult to say that there are any overly hyped bad bands, because bands don’t acquire hype unless they have some talent, and there aren’t that many hype bands to begin with. If you want an absolutely gutter trash visual band, try Seeles Klar Unend. Or don’t, and just take me at my word. 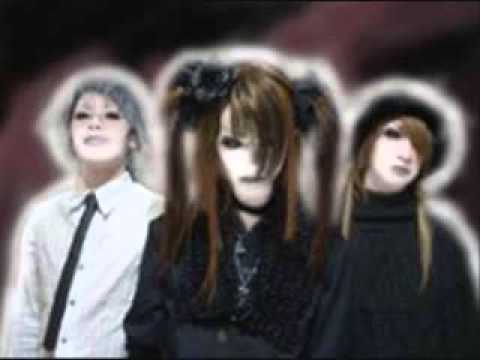 Not a single drop of talent in that unit. At all.

MEJIBRAY deserves a mention in this topic, despite the fact that when they are good they are good. When you’re serving up sliders every 3 to 4 months it’s inevitable that some tracks are going to be mediocre, even terrible. No type of quality control at all; there’s an 盈虧 to every Raven, or an AKERCOCK to an APOCALYPSE, and there was a period of time where you could not float even reasonable criticisms about this band without prepping a set of pitchforks. But now that the hype thrusters have run out of fuel, perhaps we can reflect for two seconds and agree that MEJIBRAY was not the second coming of visual kei, because for a while there they were synonymous with everything indie visual kei. Couldn’t go four months without a new MEJI release. The powers that be were really trying to prop up this band to be the next “it” factor, but they imploded upon themselves before reaching that point. 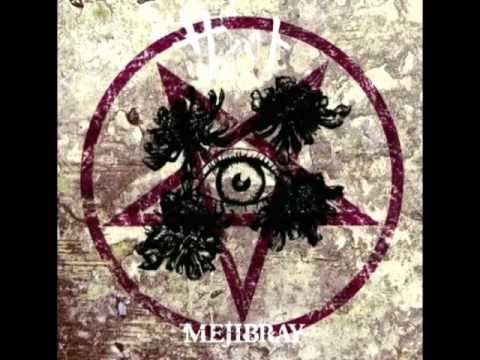 Personally, I believe these are some of the most unlistenable visual kei tracks within the last ten years. Tsuzuku’s vocal fry in 盈虧 does not mix with the ultra high top range he goes for in the chorus. AKERCOCK’s harsh vocals sound like Donald Duck has strep throat. Even I do harsh vocals better than that, and I don’t consider myself a professional harsh vocalist; I can find that tone.

Then like I said, you have this where all those elements I criticized in the last paragraph come together in a way that is palatable and makes sense, so it’s not like these guys sucked. RAVEN is a banger. I’ve been listening to Tsuzuku since he was Genki in VANESSA, and sometimes I feel like his voice sounds more natural in his previous band, but then there are moments where MEJIBRAY blows VANESSA out of the water, so I’m not sure how much of the vocal delivery change was intentional, smoking-related, age, or some combo.

The inconsistency of MEJIBRAY is what ultimately made me skip out on them, and what’s rather surprising is the lack of object permanence when it comes to this band. Sure, people know who they are, but there is no comparison to the hype this band cultivated at it’s prime. People were talking about them all the time and now they’re just “that visual kei band who was kinda big a few years ago”. That’s like if Dir en grey disbanded today and in five years no one was talking about them anymore. All MEJI fans kicked it into high gear and went somewhere once the band announced dissolution, but where a lot of them are now I can’t tell you.

Anyway, that’s probably the best I can do given the prompt.

I need to hear the rest of that Seeles Klar Unend single, oh my lord

There’s a lot of really bad VK out there… I’ll probably postsome of my faves later, for now I need to mention this classic that goes very well with Seeles Klar Unend: 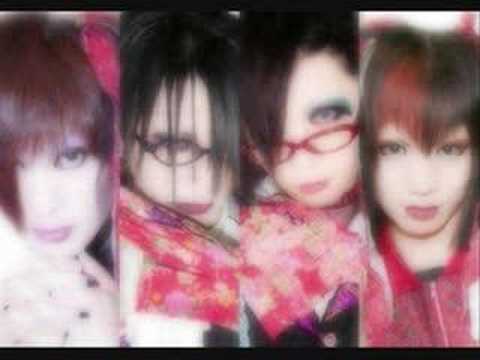 whatever this shit is.
this person has absolutely no idea of chord progression and also no idea of singing.

I’m sure @Shadowtear can attest as well that this is pure melo genius.

Rude, this is a very special piece in my collection.
Great melo progressions are happening in this single 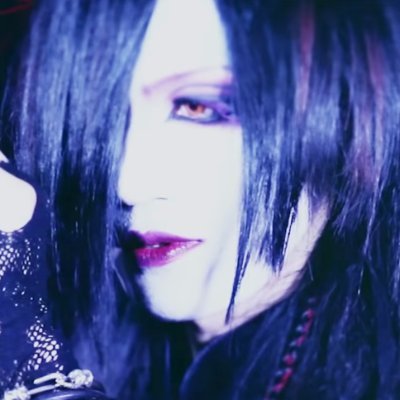 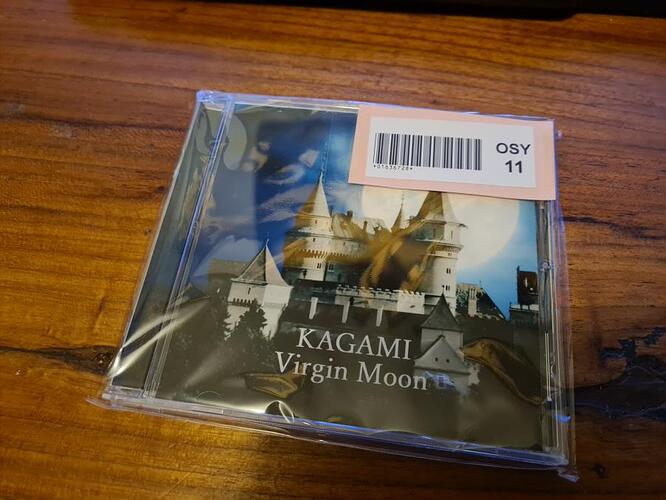 Can’t be the worst release if we both own it. 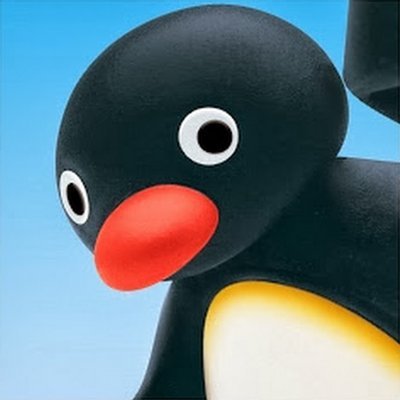 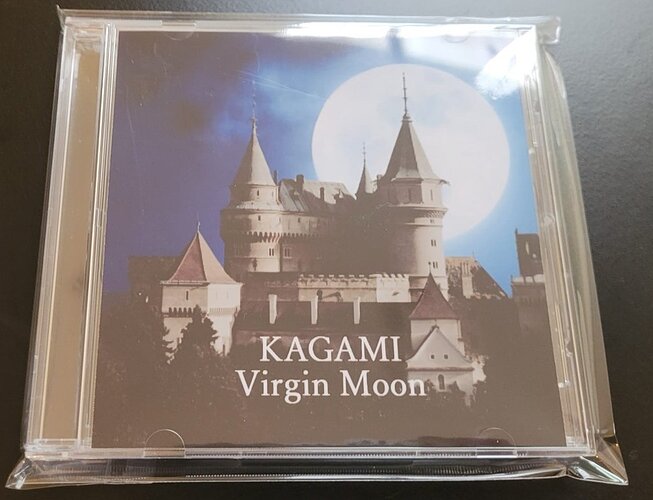 Speaking of the worst band though… MAROMI and his projects are like a MARIA orphan:

You know I can have opinions.
Also read the message from Rena

I won’t name any bands

Any worst or best opinion is usually highly subjective.

So anybody here keep in mind, even if your favorite band was named in here, that doesn’t has to mean anything. Because worst or best usually has to do with personal opinion, personal taste, personal experience.

I myself would call me a fan of Mejibray, I even own one of their albums and still I have no problem with them getting mentioned here. As opinions differ and I hate Ackercock as well.

and still I have no problem with them getting mentioned here. As opinions differ

We are being playfully joking

I personally like Eiki, but I understand what you mean. It is certainly an acquired taste.

Lol I found VANESSA to be quite terrible. I listened to their entire discog a few times and only found like 1-2 songs that are actually listenable. Everything else sounded like a garbled mess in production quality and song composition. They all felt like a rough cut rather than a finished and thought out production.

Mejibray has some tracks of this nature as well but I just take them out of the rotation and never listen to them again.

I don’t normally keep terrible bands in my drive as I tend to weed them out but just kept them due to the Mejibray connection.

I have to come back with another spicy cut because it fits, and I have to get it out there early because someone will inevitably say that either Dir en grey or the GazettE are overhyped. I’m going to go out on a limb and say that both bands sit at a good equilibrium. And as always I’m gonna explain why. Let’s get into it.

If we’re gonna measure hype, we need a definition and numbers. To hype something up is to promote or publicize a product or idea intensively, often exaggerating its importance or benefits. To relate this to visual kei, I’m going to come up with a complementary concept called steam. If hype is how much of the conversation a band dominates online, steam would be a measure of real-world success. Who is doing the best? Who has the most fans at the live? Who is making the most money and can continue operating as a band, maybe even intensify activities? We all know that touring is where bands make their money. Finances are impossible to judge, so to measure steam I pivoted instead to how much tickets and merch is a band pushing on the regular as a proxy.

Steam only makes sense when a band is active, and disbanded bands have zero steam but can still have people hyping them up. Don’t think too hard; go with what feels natural. We’ll end up in the same place.

It is natural to express this as a ratio, where H is hype and S is steam.

These are abstract and not meant to be computable.

This concept is more nuanced than “hype bad, steam good”. Bands need both within the Japanese scene to see success; online hype and exposure causes a feedback loop where people talking about them gets others curious and maybe will come to a show, which generates steam and potentially more hype. Note that I said it has to include us international fans as well. We almost exclusively generate hype; we may buy every CD and track down the live distributed releases of our favorite indie bands, but a) the money may not necessarily get back to them and b) we’re not buying concert tickets/merch unless they come to us. Bands have to reach critical mass before they have enough steam to tour internationally - and that’s not always guaranteed success - and at that point the hype has more than justified itself.

That’s why I bring it back to Dir en grey and the GazettE not being over hyped. There are a substantial number of us who have seen at least one of these bands on tour outside Japan. If you’ve seen them live, then you’ve contributed to the band’s steam. In comparison, almost none of us have seen MEJIBRAY live at their prime, and I don’t think any of us got to see the VANESSA revival either (thank god they recorded it

). Dir en grey and the GazettE both have massive amounts of steam - even if I don’t really like either of their latest albums - but all of the fans of yesteryear tone policing opinions of MEJIBRAY never saw them live. MEJIBRAY was 100% manufactured hype augmented by their aggressive release schedule and “in your face” presence, and when they disbanded I felt the void they left in the international scene and I didn’t even like them! That’s the power of hype right there.

I would go as far to say that they’re the only two bands who I think should be exempt from this discussion. They’re the only two bands from the boom that still exist. As many of us agreed in another topic, visual kei isn’t mainstream and isn’t going to be anytime soon, so the conceptual middle ground of bands on the verge of making it is a void. There are bands that have international attention, but that’s exclusively hype. Find me another visual kei band that is scheduling tours in Japan, US, and EU - even THE LAST ROCKSTARS “international” tour is just three stops between NY and LA!

In short, Dir en grey and the GazettE are the only two visual kei bands that can convert international hype into steam, so I don’t think they could be overhyped. Rather, I think that exposure fatigue comes from there not being many other bands to promote. A lot of bands that once roamed in that conceptual middle ground called it quits - SCREW, Sadie, Rentrer en Soi, girugamesh, D’espairsRay to name a few - and no one’s taken their spot. Outside of the odd one-off anime convention, 99% of bands aren’t coming to see us.

It’s one of those two like twice a decade, so pick your poison or live with the fact that you’ll never see a visual kei band live unless you fly to them.

Is it counts if almost all visual kei bands sounds similar for me? It’s disappointing…

I think nocturnal bloodlust or Devil Oof? Nocturnal Bloodlust most likely.
Oh and Velvet Eden. But I hate them bc their members are assholes. Let’s not forget kiwambubatshit