Why we Listen to Music With Lyrics We Don't Understand 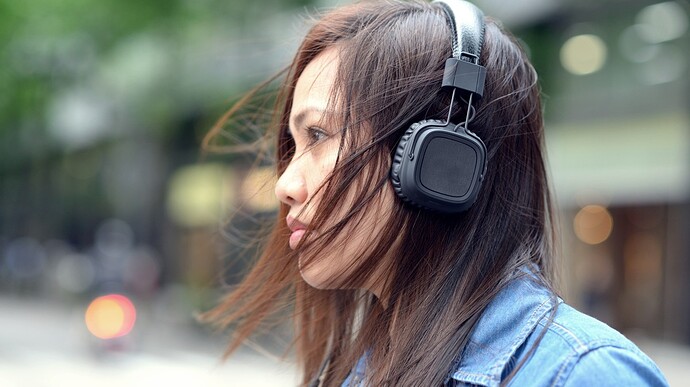 Why We Listen to Music With Lyrics We Don’t Understand

A musicologist and music therapist-in-training explain why the language of song lyrics doesn’t always matter.

Came across this article and thought it was interesting. Why do you listen to music with lyrics you don’t understand?

Personally it’s simple for me I don’t necessarily need vocals in music and I also like non traditional vocals like those of Mike Patton in Fantômas for example. Also I simply view vocals and the sounds made with them as nothing more than an instrument just like any other. This is one of the reasons I never dismissed various vocal styles. I never was much on lyrics myself anyway and often couldn’t understand death metal and black metal bands I listened to far before ever listening to music outside of my native English.

As a hip-hop head, I have the habit of putting too much focus on the lyrics and put too much weight on them. I end up processing the lyrics over the sound of the music. Hearing terrible lyrics makes them standout too much for me.

Listening to something other than English, I could just focus on the music and not bother with the lyrics. Helped with my studies too which is the same time I got into Japanese music.

Despite advanced reading ability I always had issues understanding spoken words, even in English. Most of the time I only understood 20-40% of an English song depending on the vocalist’s style. By time I was 18-20 I think I started understanding 40-60%…even some lines in movies I suddenly understood what they said for the first time lol.
So listening to Japanese from age 8+ wasn’t much different, as in both cases I used my over-active imagination to just put whatever visual scene I felt should be there to fill in the blanks. The rest of the time I would search out lyrics immediately if I could find them, for Japanese or German songs, just like I had been doing for English.

Now present time, understanding 60-90% of English and 40-70% of Japanese, in most cases I enjoy a song immensely more because I can feel the intent behind the vocalist’s words… Although there are cases where it’s worse to understand, when the lyrics are shite or have a hollow feeling I simply can’t listen, unless it’s an intentionally comedic song or EDM background noise. I’m also a big Mike Patton fan ironically, so perhaps impression, energy and passion of ‘feeling’ has always mattered more than words to me. One of my favorite early teens songs of all time that was in English, was ‘Micro Cuts’ by Muse…I also couldn’t understand a single word except ‘strings’ and ’ our souls’ lol.

This is interesting to me to contrast with fans of rap / hip-hop, I could never listen to it because I both couldn’t understand any words, nor have a deeper melody to feel with, making it almost like white noise to me. I could finally start to appreciate some songs in my earlier 20s.

For me it’s kinda natural since I am not native English speaker. English music is prevalent and I always considered my native language to be kinda garbage when it comes to music but that’s my personal preference. Even after learning English it still feels a bit exotic to me. So listening to Japanese songs really was nothing more than step back to the days of not knowing what the bands sing about. I started listening to vocals as instrument. Now I can really appreciate someones vocal abilities. Also I hate when people call each other out for listening to music they don’t understand the lyrics too. It’s really hypocritical. I had people call me out on that and then put on Rammstein or some other English artist. It’s more about that your taste doesn’t fit theirs that’s all.

Also, I’m gonna echo @JohnN here. Since I’m from a small-ass European country that did not have much of a variety or quality of music acts in my own language back when I was growing up, it was only natural to listen to music in other languages, mainly English. Plus, that’s what was on the radio or TV at the time 24/7, especially after I discovered MTV and VH1. I don’t know about the current situation but back when I was a kid the number of people speaking or understanding English in Hungary wasn’t too substantial, so we never got the whole “but why listen to this if I don’t understand the lyrics?” argument. It sounded foreign, “superior”, and thus cool.

After I started learning the language it still retained its “cool factor” for me, and this is true for most other foreign languages too, those that I don’t speak. Or rather, the language is not a make-or-break factor for me, it’s just part of the “feel” of a particular piece of music.

I grew up with most songs with English lyrics (while this ain’t the language I grew up with) so not understanding lyrics was part a bit more than the first decade of my life (until English lessons started in school). When I was around 15 I still couldn’t understand too much by listening but printed lyrics helped a lot (there was no internet widely available at that time).

For Japanese I didn’t care too much in the beginning because it was a bit unsual at that time for me (middle of my 20’s) since I was used to English lyrics by then but I liked how the songs sounded, music-wise but also regarding the lyrics. I think it’s because Japanese consists of a lot of vowels. And it made me start learning Japanese (aside from understanding stuff from websites originally, blogs then, Twitter and the rest, well I had started learning for a while when that got common).

Aside from this I’m very ambivalent when it comes to lyrics. On one hand I do love lyrics, especially multi-faceted profound ones (even though very clear ones are a lot easier but that the more aspects and layers the more interesting in a certain way but that might be because I dealt a lot with novel writing and just putting one aspect for a scene is a lot more boring than having several which gives the scene more of a right to be existing at all). On the other hand I often can’t focus on them at all, I forgot the first words of a line when I get to the end of it and can’t put anything of it together (same about poems which’s why I disliked that part of lessons in school).

But well, that’s all the languages I listen to anyway. I barely do listen to songs in German because I just don’t like to, most are in Japanese because to me it sounds better or more interesting or whatever you wanna call it than English (and that’s a simple matter of taste, that’s nothing that could be debated because there’re no factual reasons behind).
Which means for me it’s not listening to music with lyrics I can’t understand in general but a certain language which’s sound I simply like. 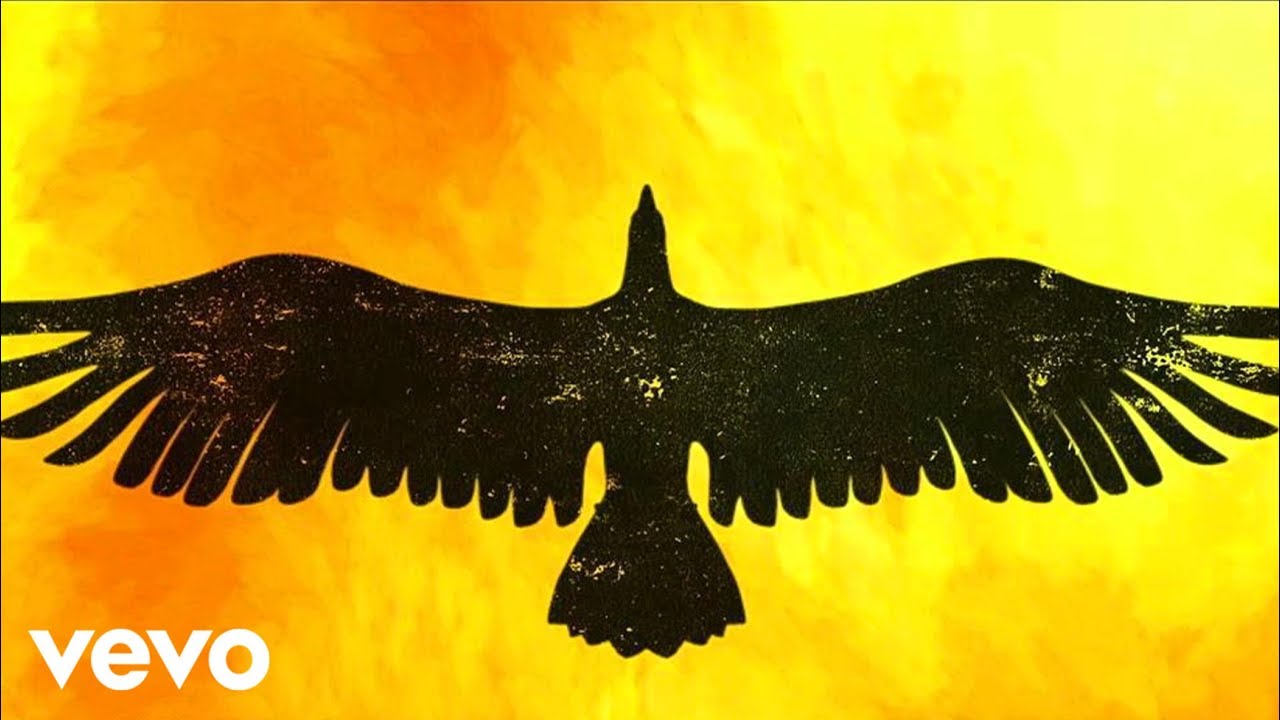 The vocal parts are not written in an actual language, despite some of the lyrics bearing a passing similarity to Latin. The ‘words’ were written phonetically by Jenkins to match the orchestral parts, with the intention being to have the voices act purely as another instrument.

The whole song has lyrics and still doesnt has lyrics, still we can enjoy it.

Like a lot of others on here, english is my second language, but i still grew up listening to english songs before i was able to understand it. So my experiences are similar.

Because I am/was a weeaboo

Truthfully. I realized that I listen to music in my own language when I am in college. I suppose this is because 1) I automatically pay attention to the lyrics so it’s better to distract myself from everything else going on which is my main objective with earphones (because I have migraines and SPDs etc) , 2) it’s a way of connecting mentally with locals? Just navigating through life makes me feel like “wow I hate everybody” but if I am listening to local music at least I can think “well this local knows how I feel so maybe other locals feel the same” . It’s … a strategy in order to not hate locals so much in a way lol

So, the reverse logic applies to foreign music I suppose. I don’t focus on the content so much, only the ~ vibes ~ so I can still easily direct my conscious attention towards other stuff, be it creative endeavors or even working and… well maybe in a way it makes me feel like I don’t hate the world at large so much (this is more true than I like to admit, fr)

I consider vocals an instrument too, and it can contribute to the musical experience even if I don’t understand the lyrics. I actually like listening to songs with foreign languages just because the language itself sounds interesting and different from English or Hungarian. I do prefer knowing what the song is about though, and good lyrics or themes can greatly increase my enjoyment of a song.

I have to add though, I’m more tolerant of bad lyrics in a foreign language, even if I understand that language like English. There were some Japanese lyrics I checked with translator (JPN->ENG) and it was some pretty banal love song, which I thought was okay, but when I imagined the same lyrics in my native language, it sounded cringe as hell.

Usually I don’t care about lyrics (unless I want to sing along). Plus, it helps me to relax and not distract if lyrics are dumb.

I struggle understanding most songs in English, and for those I can understand I usually cringe into oblivion.
I feel like for a lot of songs I pick up a word here, a phrase there to get the general gist, regardless of the language it’s in. Complex meaning is lost unless I actually look up the lyrics (which I enjoy as a separate activity).
Vocals are indeed just another instrument — I like listening to its rhythm, melody, quality, etc. rather than trying to see it as communication as regular speech would be.

I mostly listen to Visual Kei and J-rock for the vocals and instruments. I also listen k-pop and j-pop for the beat

Very interesting topic! Maybe I’m in the minority but I don’t listen to music that I don’t understand, outside of soundtracks where there’s vocalization in an unknown language (like in Dune). For me music has always been tied to the language it is sung in and it didn’t take long for me to start learning Japanese once I started to listen to old Pokémon songs. Something similar happened more recently when I listened to Nena while learning German. Maybe I just haven’t found a language with music that I can appreciate without trying to understand the lyrics.

As other people’s said here, voices are an other instrument for me in the songs.
When i listen some black metal bands, including those singing in my language, often I don’t understand what they sing

.
Death voices are only a sound here. (and clearly, that not for the voice if i listen black or death metal!)
But when the voices are clear, it’s the sound of the language that counts, even if I don’t understand the words.
For exemple, i prefer the sound of Japanese rather than English in the Japanese or English versions of Vampire’s love (vamps) or Love will be born again (Versailles)