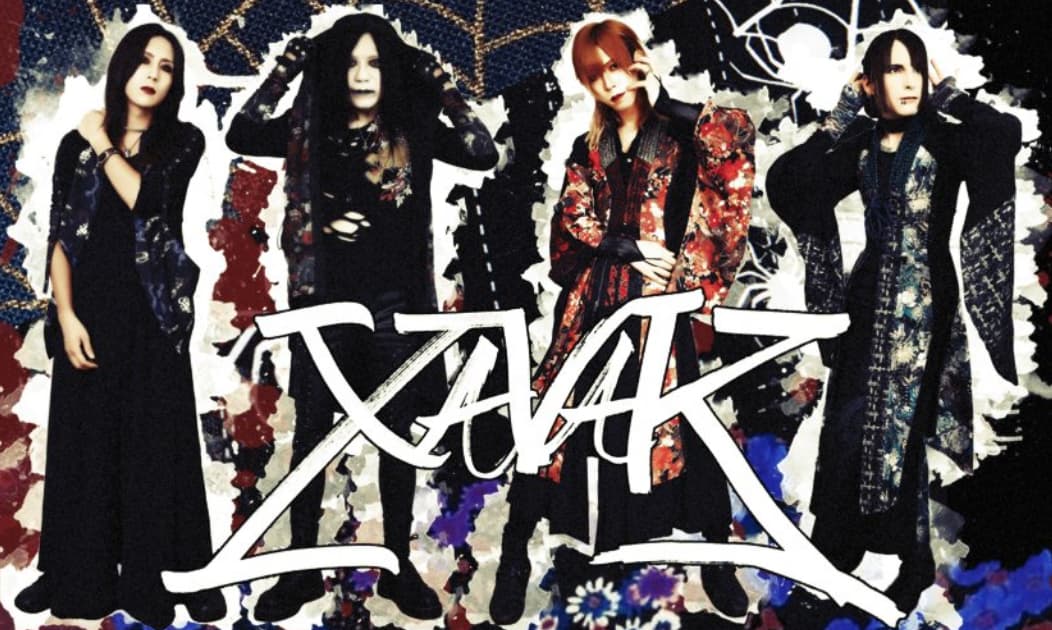 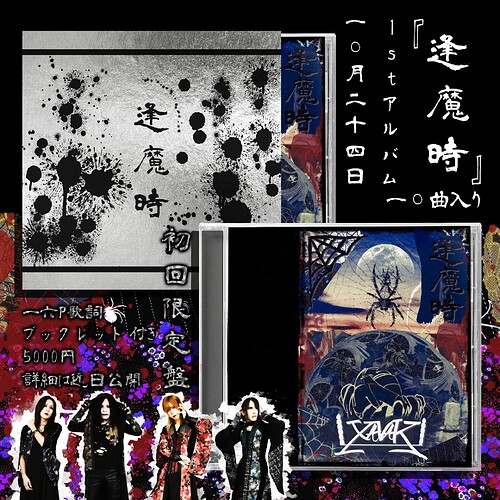 Here is the CD version of Jorogumo~!

Though we have had two members leave the band recently both were situations Mukuro and I both knew were coming and were kind of ready to remove them also, as friends there is no problem though! but am a bit saddened both were kind of viewing XAVAK as a way to just promote their solo stuff haha. We are already talking to a new guitarist that I ran into during recent solo gig at Ikebukuro Edge.

Overseas sales for the limited CD are now up at bandcamp:
only 10 for overseas and we wont reprint this or yobanashi~ so its first come first serve~

^ for context, Gt.ko’ki has left the band & has retired from visual kei on 8/4 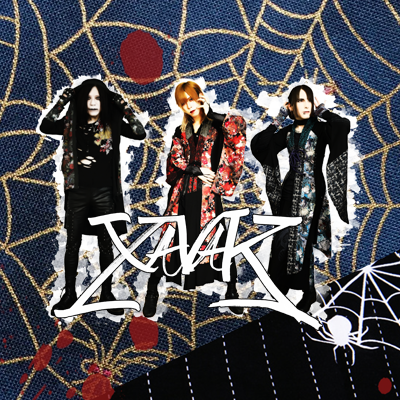 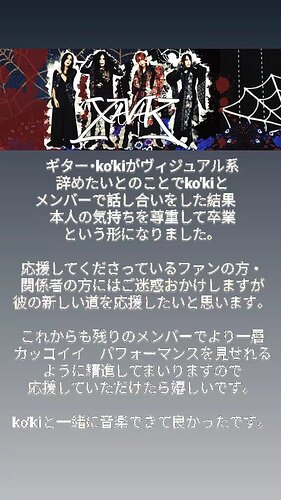 excited about the new album tho!

actually we knew he was going to do so, and he had some problems with mukuro also too for some reason,maybe because he is a major idol artist kind of complexes? So it is all for the better

the new guys we are talking to are all better options and lots of VK seniors have been encouraging us to change the members up to match the quality of the songs.

We’ve been getting lots of offers from livehouses from afar too like Hokkaido and Fukuoka, so we will make the band match the expectations people have for us! so don’t feel down, be excited for an even better future. <3

Just to note, overseas fans can also purchase through NIGHT CHILD store too as it offers an overseas option. Shipping is well priced too a single CD, and never had to pay customs for items bought through it (yay!).

Great way to grab a copy early as it’s released there first (I think?) and @Ghostpepper can confirm, but I assume the Bandcamp release of 絡新婦 is the same version anyway.

Hope the new guys who will join you will stay and won’t develop any different in taste or whatever.