アルルカン (arlequin) has announced that they have lost contact with Dr.堕門 (tamon), who had cancelled his appearance at the recent Bug Summit event on 9/2 due to personal reasons, and they have postponed the following upcoming lives for their 9th anniversary tour. The new dates will be announced at a later date.

They will still have their upcoming instore events later this month with 4 members. 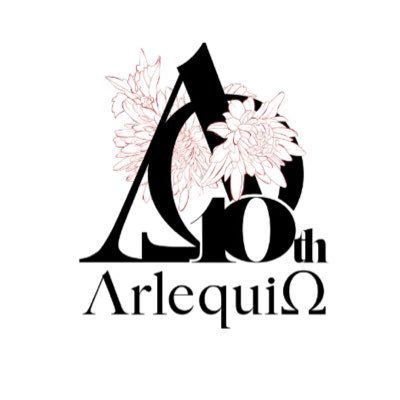 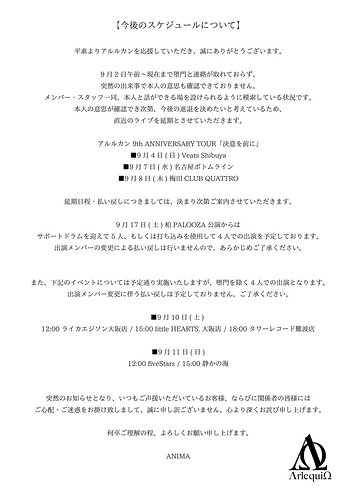 Well this is pretty sudden. Hope it’s nothing serious.

Holy sht. I hope he is okay. He’s one of my fav drummers. This sucks

does anyone ever go missing & end up coming back?
(legit question, not me being sarcastic)

the guy from morrigan is all i’m thinking lol

That does not sound good. I mean, they already cancelled three lives. I really hope he is alright.

… I also did not realize it’s already their 9th anniversary.

Sometimes no, vocalist of Yusai never came back

Suica from Dobe went missing when Dobe were active, but Sakura posted a reunion photo of all the Dobe members drinking together not that long ago. So at least he seems to have turned up (and there’s apparently no hard feelings now that the band is disbanded).

Also the shitty dude from Himawari turned up in a new band of all places after ghosting his ex band and dumping all his debts on his ex bandmates (and this after he got publicly told off by the president of Bloom on Twitter).

Ceo of the label was riding his sexy ass too hard or he’s gotten some chick preggers… Mental health or something “scandalous”. If it was something not deemed “hush-hushed” in Japan, like back issues, they would have said other wise.

Hope he’s alright. It’s weird for a member from such an established band to go missing like this.

Not so long ago Tanuki had some rumours about them that could lead to disbandment/hiatus, now this? I’m thinking it’s the usual; drummer wanting to get married but don’t want the hassle of having to discuss with other members 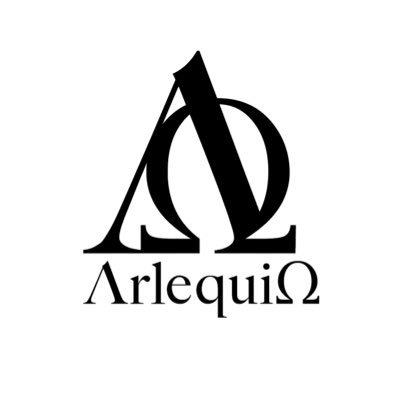 Update: Tamon took off after having problems with a girl he is/was? dating, a settlement was reached, and he will resume activities with the band at their next live on 9/17. 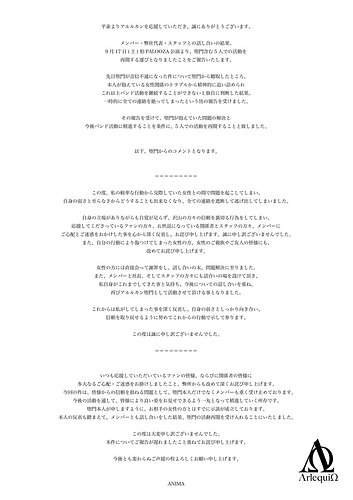 Kinda glad for once it had nothing to do with the band.

in addition, their postponed tour has been moved to November 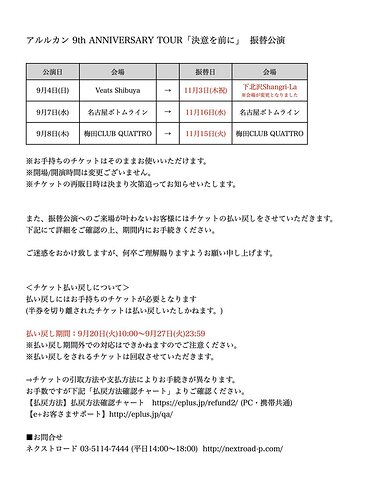 i knew it had to be about a chick :

Tamon has been fired from the band after he failed to contact the band on 1/20 after he claimed to be going to the hospital due to a fever.

Arlequin will resume activities with 4 members. 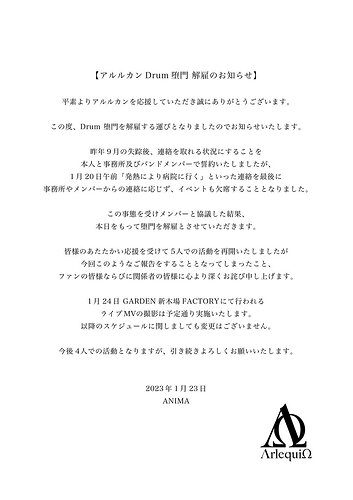 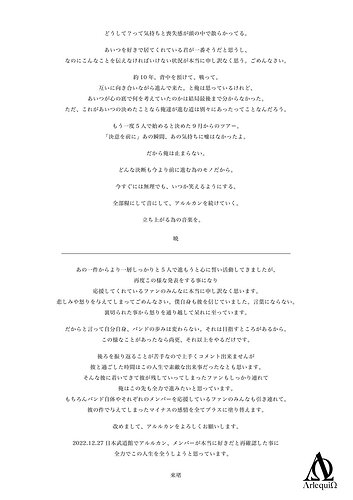 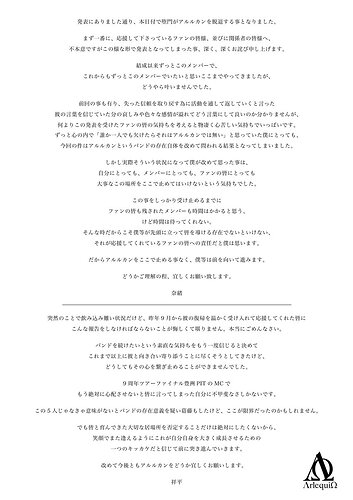 You always wonder what is actually happening in the band, when you get such announcements of band members getting fired. There surely must be some conflicts happening between members we just won’t ever hear about.
It feels like we are close to the final chapter of Arlequin pretty ironic coming from the band who just a while ago released “pictures”.