ヒッチコック (Hitchcock) will release new singles each month for 12 months.
The first one is titled “バク。” (Baku.) and will be released at 2021/11/30, the music video for this one has been shot and produced by the members themeselves, here’s a preview: 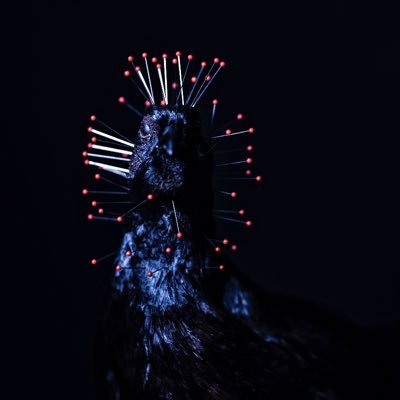 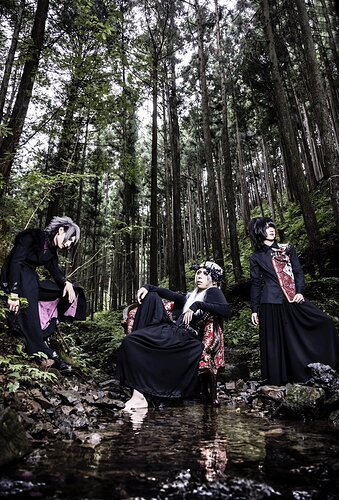 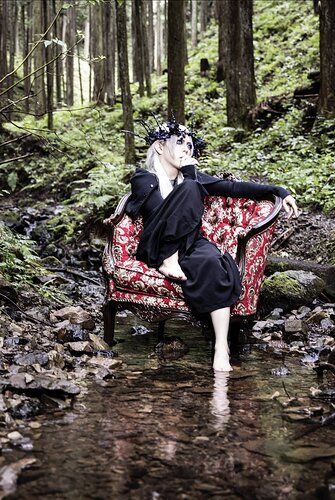 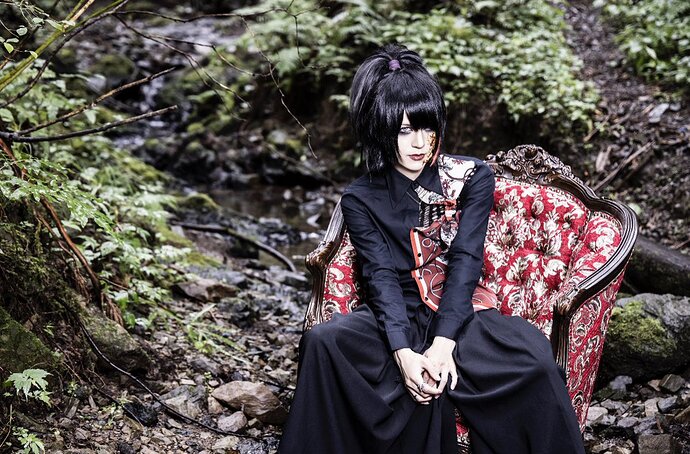 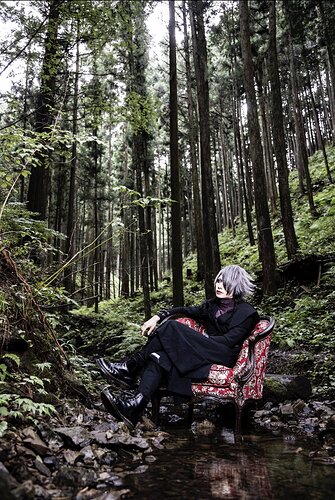 Titles and release dates of each singles: 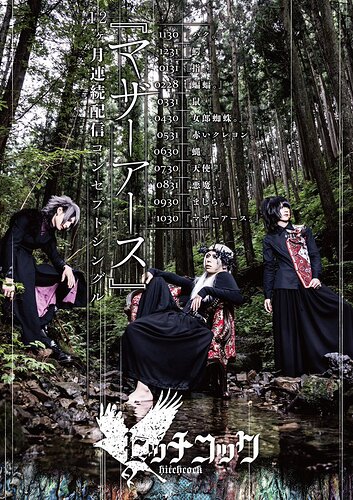 Just saw this on Twitter today! I’m digging the artist photos, however I’m not too crazy about this dime-a-dozen swing-kei sound that’s presented in the preview. Well, no big deal, there’s 11 other songs to follow. Low-key looking forward to them~

hitchcock did better tracks.
But this one is still good.
I am really happy to hear something from them again. And while the PV is pretty lowbudget, I am happy to see the bassist in a Music Video.

Lovin’ all the titles, perhaps there are more heavy track please !

I was so expecting heavy breakdowns in the first part of that preview. Maybe there but based on the rest of the preview that might be a no >.< Still amazing new for them everything they have released so far is gold.

Gimmie some Zetu styled stuff please, they were pretty unique

I like these guys, but this is ridiculous… why not just release an album? Perhaps they’ll compile all the songs into an album when they’re done 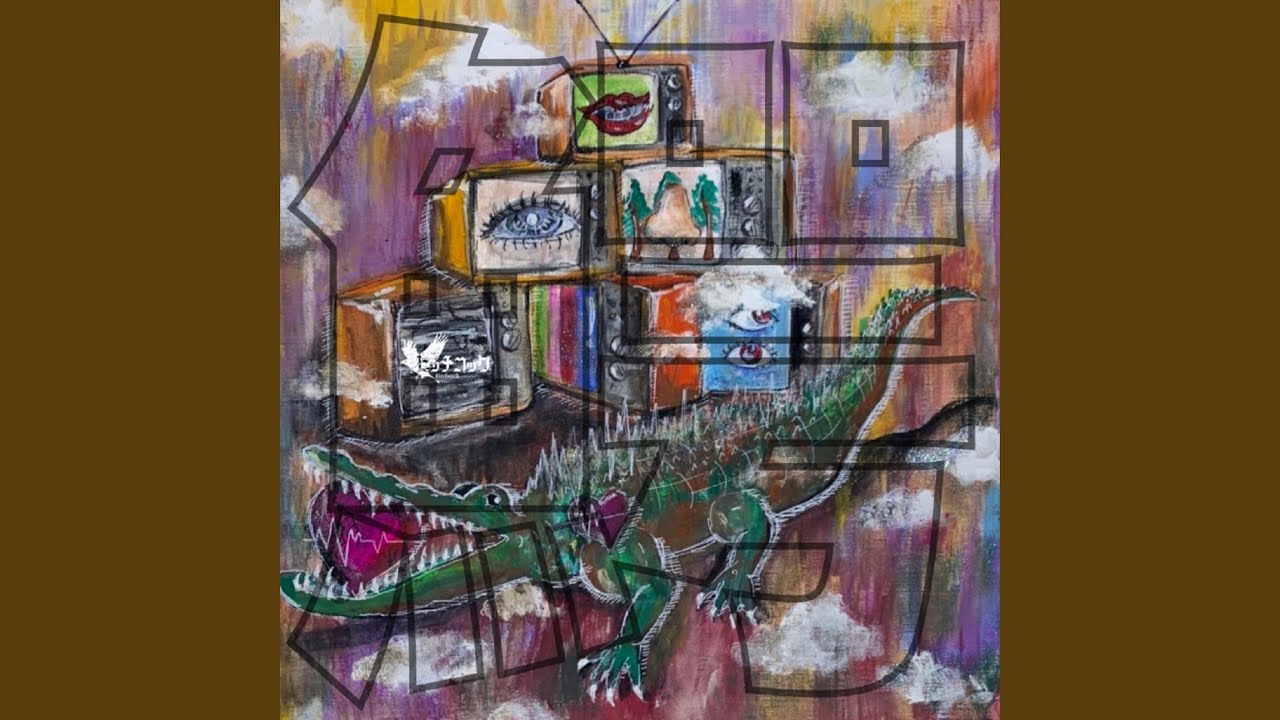 Second one is now available to stream or buy.

This is what I was thinking really. Seems like a lot of extra effort to put out singles every month when you can just put it all on one album. But guess they want to keep people interested and keep some momentum going. Still seems pretty ambitious anyway.

Doku did the same thing but with 2 songs each month instead, often times when bands release an album no matter how much work they put into it people will quickly move on to the next thing. Doing releases like these hopefully keep the band relevant for a prolonged period of time and personally I like being able to hear something new each month.

Did they mention if these are physical or digital only releases? As if they are doing discs for each release I can’t imagine how much of a pain in the arse that will be to get done. Haha.

Pretty sure Hitchcock is doing just digital, which I’m happy about because Doku did only physical and it was a pain because they couldn’t ship overseas for part of the time.

I am kinda curios
I myself am not to well informed about Horror movies.
is this song a possible reference to some horror movie with a crocodile?

You can now buy the new song here:

I really liked it my favorite so far.

i like hitchcock, i really do…
but i’m finding way too much similarity with avelcain’s “嘘つき” in hitchcock’s “指” in some parts
i even sent videos of what i mean to a friend and we’re both like “holy shit”

I like these guys, but this is ridiculous… why not just release an album? Perhaps they’ll compile all the songs into an album when they’re done

The music industry is changing. Bands are releasing more singles ahead of albums, probably because it makes more revenue on streaming services. Poppy did this with I Disagree, and it looks like Korn is doing something similar with Requiem. Short albums where almost every track is a single.

Kinda sucks when you finally get the album and have already heard most of it. 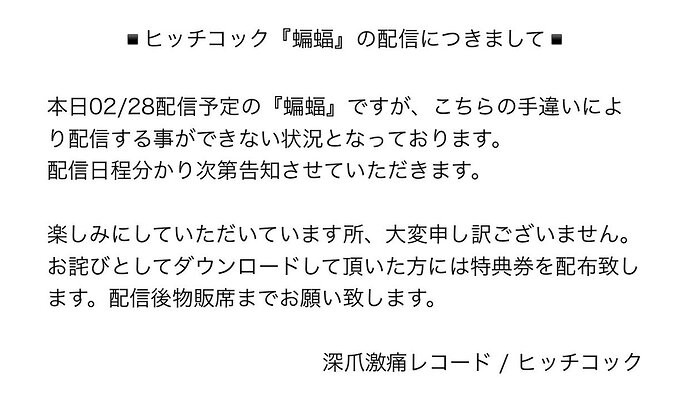 Apparently there was a mistake so they can’t release today’s single, they said they will let us know when they find out when it will be released and distribute award tickets to those who download it?