Band members who retired and got "normal" jobs

So, I was browsing on vkgy and these days you often read “retired” or additional info on what jobs they have now.

Natsuki, ex.-OZ- vocalist who has his own avocado farm now: 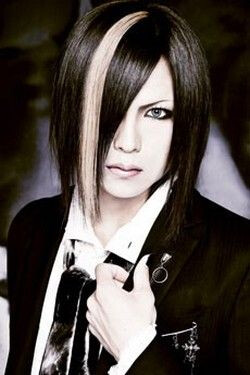 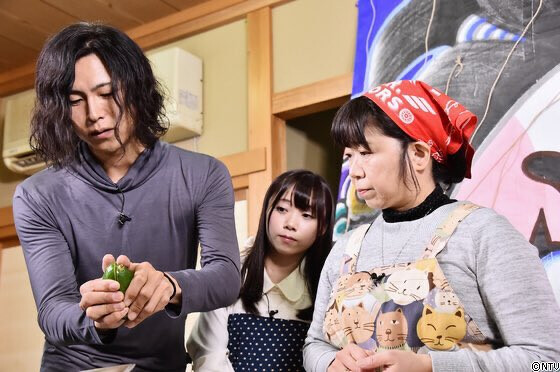 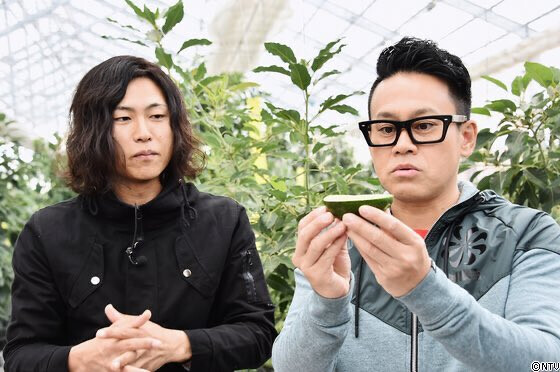 Satochi, who left MUCC in November 2021 after being their drummer for almost 25 years, now works as a personal trainer in a gym: 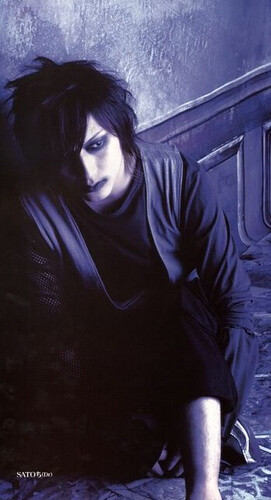 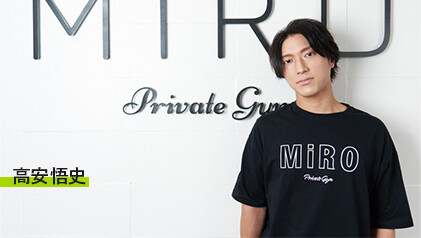 The owner of the gym Satochi works at is owned by DAISHI, vocalist of Psycho le cemu. 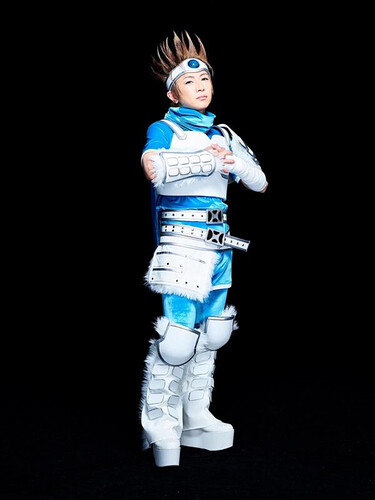 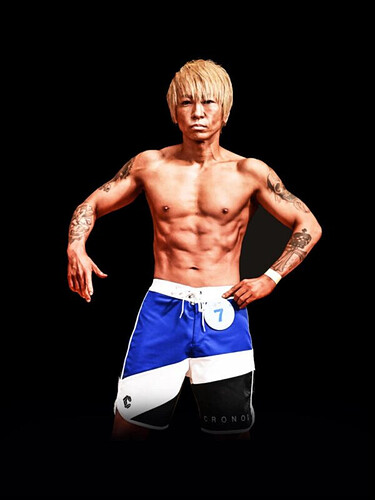 Apparently many vk dudes are their customers, such as seek (PLC), Danchou (NoGoD) and Tatsurou (MUCC).

Pinky, ex drummer of PLUNKLOCK, Ninjaman Japan and ハッチ (hucci) is working as a mechanic at his father’s garage in Ibaraki and has a kid. He is quite active on Twitter and Instagram still: https://twitter.com/mynameispinkyyy
His Twitter profile says:
Pinky, a second-class mechanic, is an account that encourages everyone.
[Shou Motor Co., Ltd.] 38 Korofuji, Daigo Town, Ibaraki Prefecture
Vehicle inspection maintenance, sheet metal painting, new / used car sales, insurance, tow trucks, anything related to cars, heavy machinery, mowers 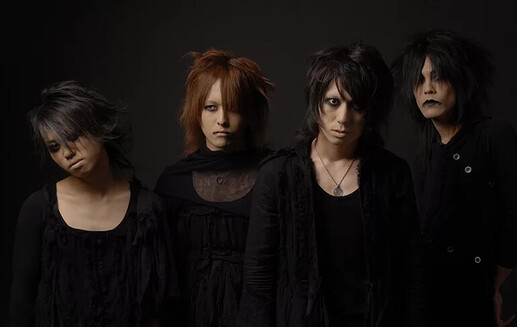 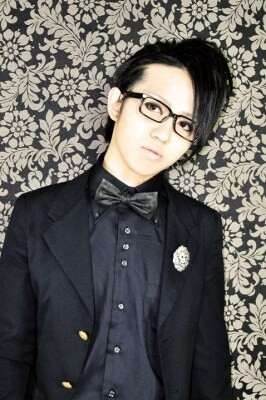 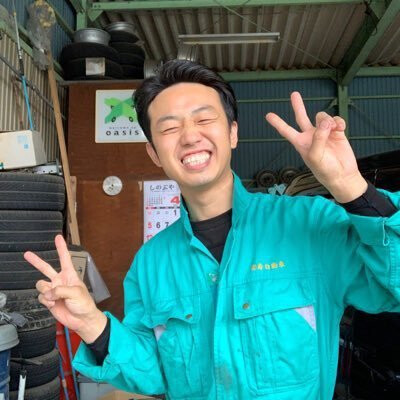 Who else comes to your mind?

Wouldn’t be surprised if most VK artists have second jobs to fund their bands. All they have to do is take off their make-up/wigs and they’re unrecognisable. 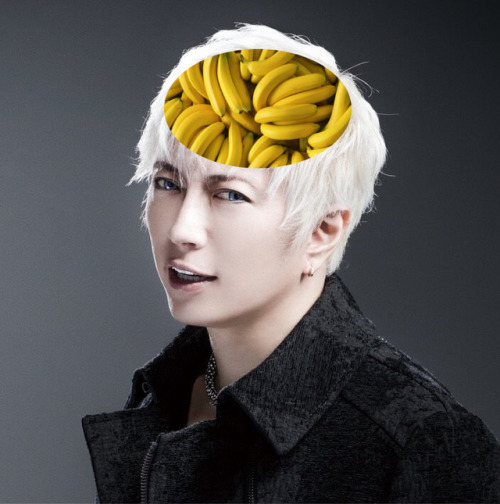 GACKT became a Youtuber. Occasionally releases the odd song here and there. He has a vocal disorder called dysphonia which means he can’t do any work involving his voice. He hasn’t uploaded a new video in six months and is on indefinite hiatus. https://www.youtube.com/c/gackt 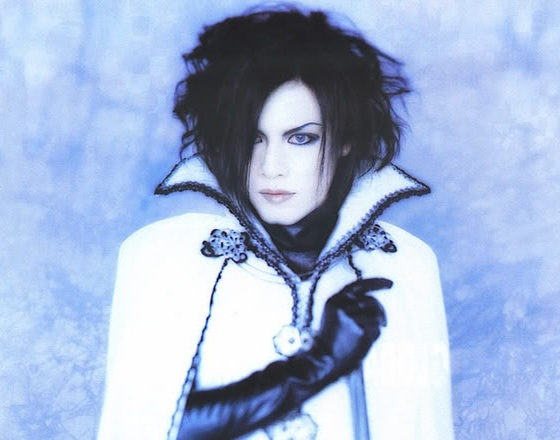 Klaha (Malice Mizer) completely disappeared from the music scene in 2004. He either has rich parents and is living the life, or he’s gone into a different industry. He may even be dead. Apparently, Mana wasn’t able to get in contact with him for the 25th anniversary reunion. A mystery. 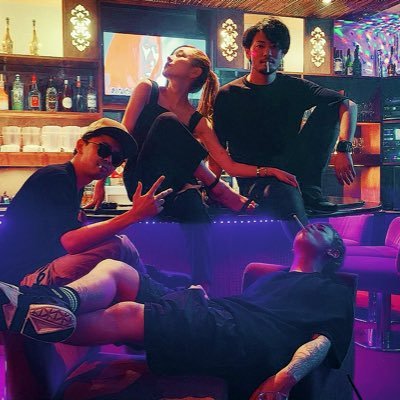 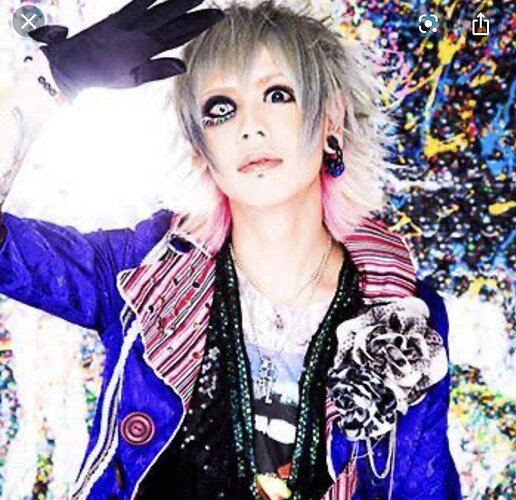 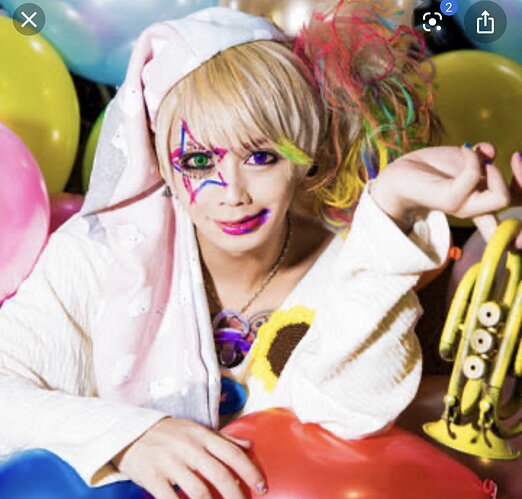 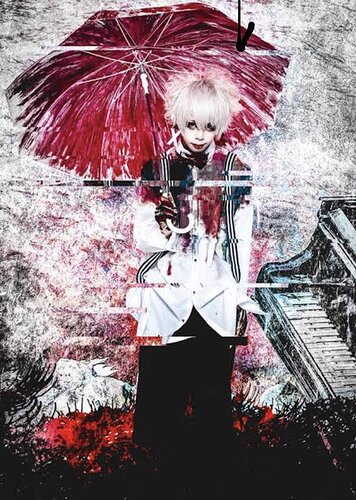 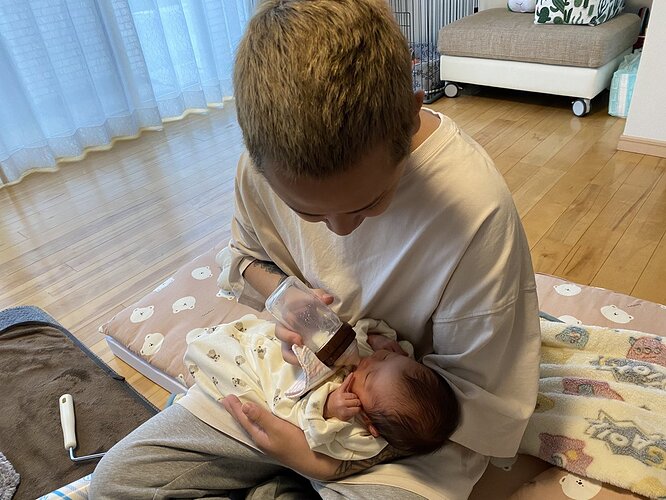 Rye (ex-Vivalet → Diealo) owned a ramen restaurant called “Kouzou+” and has since moved to an Italian-themed restaurant “リストランテフローリア” (Ristorante Floria) and is being trained under Chef Ropia. 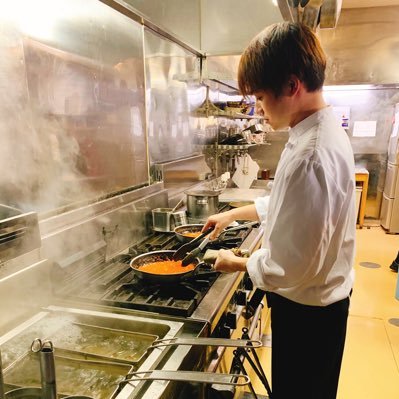 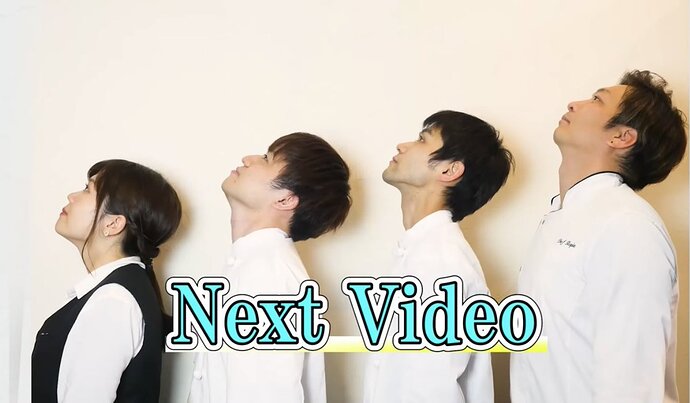 I may add more on here whenever I find/remember anybody else. xD

Damn bero went from wearing diapers to changing them

if the rumors are true that means that meto is an uncle.

Wouldn’t be surprised if most VK artists have second jobs to fund their bands. All they have to do is take off their make-up/wigs and they’re unrecognisable.

This is what I was thinking too. I’m not too versed in VK at the moment, but I am versed in metal, synthwave and punk, and very few artists within these genres are able to live off of it. The majority will have it as a hobby, and they will not earn nearly enough for a living. Not even close, so they keep jobs to get by. And that’s with the backing of a record company. Are there exception to these rules? Yeah, of course. You could point out a lot of bands living off of their music. But for every band within these genres living off their music, there is 1500 that isn’t. So the vast majority of them are not living off of their music.

And this is obviously something that would go for most, if not all genres out there.

Like I said, I don’t follow the modern VK scene and I don’t know how things work. But I would be absolutely shocked if it was any different tbh. And it sucks. I wish more bands and artists could live off their music, because music as a hobby is hella expensive. Like, really fucking expensive. But it’s also loads and loads of fun, so at the end of the day it’s worth it IMO.

Gotta admit, i can’t recall the band name now, but i met a guy called “fuki” who was (still is?) running bat Midian in Osaka who used to be in a vk band. Very cool dude and he speaks super good English! He said that vkei is “for girls” and seems mire interested in extreme metal these days, hes a vocalist and at the time seemed to be looking for members to form a black metal band.

i met a guy called “fuki” who was (still is?) running bat Midian in Osaka who used to be in a vk band 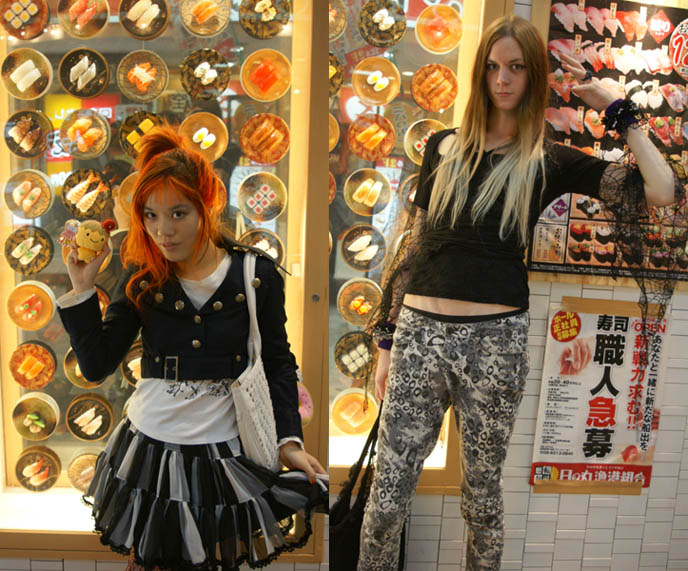 Are you a fan of BLOOD, the deathrock/Goth/Visual Kei band that disbanded last year? (Do I even need to ask?) Dravarious and I heard that vocalist Fu-ki opened up a rock bar in Osaka -- so we went on a treasure hunt to find Bar Midian. It was quite...

There were about 10 other people on the barstools — tattooed and pierced rocker-types who entertained us with their yaoi antics. Let’s just say in any situation, boy-on-boy action is always a welcome addition.

That aged beautifully, including the spicy photos. Gaijin fujoshi amaze me.

Bou ex an cafe is now married and if I remember right he said he is a web designer.
Shun from vidoll runs his main bar platinum and the 2nd bar ruida but only shows up to platinum really late at night and not always. Reo ex. Lc5 works at platinum and Tana ex. femme fatale worked at ruida but if memory serves he doesn’t anymore or only rarely. Loki also worked at platinum in the past, later at Ice’s private bar too but now not sure last saw him he was in a hurry to go home so couldn’t talk much.
Ice ex bfn runs multiple businesses now, private members bar, izakaya, girls bar, and recently a hookah lounge.
12012 vocalist has a private bar in roppongi also, but is kinda sketchy, yakuza types come it seems.
lots of the guys seem to take money from music and invest it in doing bars so the lists of that could go on and on really. ex.key party era senpai runs a izakaya too etc.

Bou ex an cafe is now married and if I remember right he said he is a web designer.

THE DECADES LONG MYSTERY IS SOLVED

haha it was a mystery? xD like klaha?
seems he married a fan girl if I remember.

on the Klaha thing, from what I know talking with people who knew him directly;
stress from being compared to gackt was obviously not great for him.
He was working in nichome (gay district) and partying there alot back in the day
but even old friends and coworkers from those days know nothing about his whereabouts.
Have a friend who needed therapy from major music activities so I think it is pretty much impossible we find klaha again if it is something that messed with his soul like that.

Wow, good find! Will have a read now.

According to twitter of ex vocalist of 176biz, he is a business class taxi driver or something similar

Rami from amber gris is an old bar man/ owner or bartender? 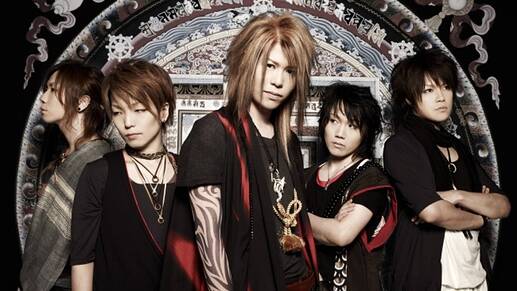 shin is working as the manipulator (sound? audio?) for the gazette. i don’t think that’s what he does exclusively, but he’s been credited on spooky box 2 dvds, as such, and has been in the backstage footage from their tour final at yokohama arena last september, although i haven’t watched it yet, someone shared a screenshot on an fb community of him. i have a couple micro head 4n’s cds that he’s credited in the jacket for as well (the first 2 albums, if i remember correctly. i live in kyoto now, and almost all my cds are back in canada). i saw him on stage preparing for the gazette’s set at kishidan banpaku 2018, and he was wearing a burst into a blaze 3 staff shirt (from 2017). i also saw him last year in march at the osaka big cat venue for one of the gazette’s shows. i nearly had a heart attack as i was out near the front lobby and he walked right past me. he has no social media as far as i know or have seen.

akiya’s come to twitter! he started his account 2 years ago in may, but i think i only found out about it within the last year or so? you can follow him here. he recently bought final fantasy 7 remake and was doing a livestream of the game on his youtube channel. he finished it last week, but is playing another game through livestreams on youtube now. he seems to be doing music projects, and has what may be a friend doing the artwork. he has an online store you can buy things from, too. he seems to be doing well. he said during one of the ff7remake streams that he hasn’t spoken to shin ‘recently’, but there’s no way to tell what counts as ‘recent’.

nao is still doing fantasista, and his twitter is here.

izumi joined twitter last march, and wasn’t extremely active until late last year, i want to say. he announced in december that he has a band and would be starting projects this spring. then the nightmare happened and i’m sure that’s put pause on a lot of things. he and nao appeared on an online broadcast thing in the last 2 weeks or so.

The WILLARD s ex drummer KYOYA is running his own business with his wife, STEAK HOUSE KYOYA. He’s friendly and talking a lot! He’s always ready to talk about old bands. I was there with friends who are the Willard’s fan for many many years… he love cats and there are a lot of different cat figures they use as a decoration（笑）

Talked with friend last night and it was like 35 years ago but Zazie from Sodom was selling apparel and his fangirls were stalking him :,D

Yoshiki fits this thread with his plethora of talents.

we stan a respectable retirement.