'Cause its all about that Bass!

We have a thread for guitar solos, but what about Bass solo?

Feel free to post and discuss your favorte basslines in japanese songs, favorite bass solo, favorite bassist or anything else related to bass guitars, like “is slapping superior to picking the bass?”

By the way, i would love to see some comments and not only your youtube links slapped on here. (You dont need to get into the techincal stuff, just write what you feel.)

I wanna nominate ygarshy for being a great bassist ! He’s in the band ㇶトリエ／hitorie, I came across hitorie by knowledge of the the fact that the vocalist was wowaka-P. Wowaka was a vocaloid producer that created such hits as, “Unhappy Refrain”, “Rolling Girl”, Ura-Omote Lovers", and “World’s End Dancehall”, there’s a lot. And that’s just from one album.

Unfortunately, wowaka-p passed away April 5, 2019, and he left his mark not just in the vocaloid community, but with his fans and his bandmates as well. When they announced in October of 2019 that they weren’t sure what they were going to do with band, but that all they knew was that they weren’t going to break up… it was a very chilling moment. Shinoda, their guitarist, looked like he was going to cry.

Ygarshy is a bassist who is a founding member of hitorie and he in incredibly talented, all of them are to be completely honest! His basslines are so satisfying to listen to, his bass tone too as just pretty great I think! He’s really fast and articulate live as well. I’ve linked one of my favorites MV wise and Live as well !

Kenjirou from cali≠gari is probably my favorite Japanese bassist, no contest there. 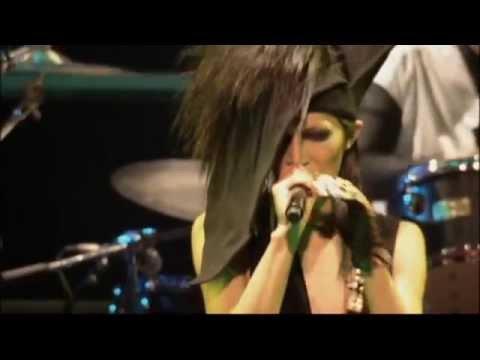 Also this one has a mean bass groove from 03:03 (timestamped):

…I could list these all day, a bunch of their tracks have cool basslines and little mini-solos.

Unfortunately, wowaka-p passed away April 5, 2019, and he left his mark not just in the vocaloid community, but with his fans and his bandmates as well. When they announced in October of 2019 that they weren’t sure what they were going to do with band, but that all they knew was that they weren’t going to break up… it was a very chilling moment. Shinoda, their guitarist, looked like he was going to cry.

Are they still active now with different vocal or guest vocal?
Also is there a reason for their funky artist names?

Adding my own favorite bassist here. Some of you know already who is coming.
Of course Bitoku from Sailing Before the Wind (and former touring bassist for Crystal Lake)

As someone who never played bass, for a long time i accounted a bassist as good if they can play with their finger. (if they slap or who cares)

Well till i saw that ibanez demo with Bitoku. For a quite a while i was questioning what is going on in there.

In his bass instrumental solo project Nevrness, i finally figured out the way he plays is called hybrid picking. (thanks to him tagging it and i am sure a lot of you know that stuff already, but i am still new to it)

You can also find a video on their Facebook where he take over the guitar solo with his bass, after guitarist lost the cable of his guitar

Mentioning another bassist, Ryo from joppin:cal and m:a.ture, i love the opening with the bass inside joppin:cals the O.
The drummer re-recorded the song later as solo song and had the opening bass replaced by piano and… It was good, but the bam of the bass was just missing. (But i guess that personal taste)
Also the bass guitars Ryo mainly uses, Atlansia is apparently a rare brand to be used
(I like how the Victoria bass he uses looks like, so made some research on them some years ago 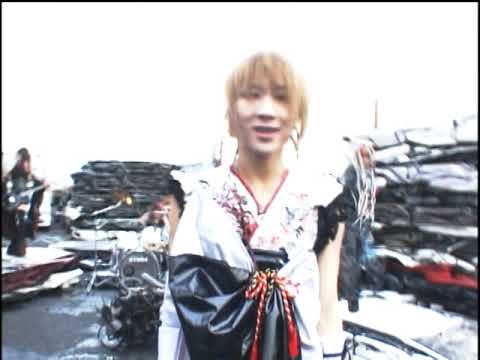 tell me something about Rame, come one XDDD

Hmmm well maybe not the most technically proficient, he inspired me to play bass since rhythm guitar was in the back and bass was front. I liked that, especially in Vidoll’s older music, the bass volume was super intense. Previous to Vidoll I never really thought about bass guitar at all.

That is actually really cool.
I feel llike its been forever since i listenend to Vidoll, but i do remember that they had quite some songs with the bass being quite strong there
Does Rame actually still play or he quit?

Are they still active now with different vocal or guest vocal?
Also is there a reason for their funky artist names?

Shinoda, the guitarist is the vocalist now, and they’re moving on as a three piece. They’re still active, their new stuff has been really good. They’ve always been kinda funky so it’s nice to see them continue with that. And nah not really, ygarshy is igurashi so y is the French pronunciation for y. Wowaka was also know as Genjitsutouhi-P, but he adopted wowaka, but there doesn’t seem to be a lot of history as to how he adopted that name.

One of their first songs after wowaka’s death was Curved Edge and them YUBIKIRI off of the same album “RE-AMP” , one being the first track and the latter being the last track. Either way, they’re all still affected, but I’m proud of them for deciding it was best for them to continue creating music.

Ahhh yessss I know Bitoku! I think I saw you recommend him! I’ve enjoyed listening to him.

I think the reviewer Dudemanguy on Encyclopedia Metallum, discussing Tafel Anatomie by D put it best (if he’s on the forum; love to read you reviews, man):

“In Japan, it’s pretty much mandatory that you don’t have a crappy bassist, but Tsunehito is simply a cut above the rest.”

The way the bass works in much of japanese rock (I am mainly familiar with VK where this is very true imo) to me was one of the major draws. Made me want to play it myself as well. I just love a good bass line. Too many boring ones out there.

My favourite bass line was released about a month after I was born and I love it so much that I am certain that it was specifically a birthday gift to me. It just feels SO GOOD. 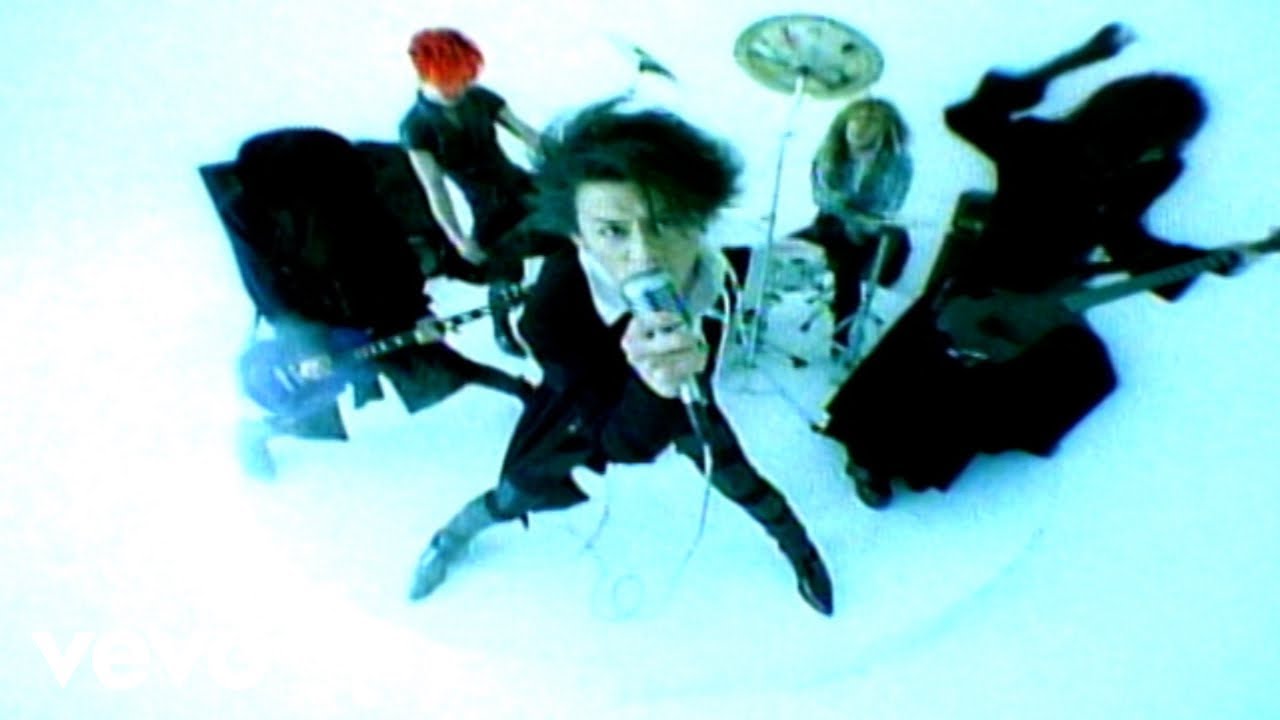 Another couple I love are: 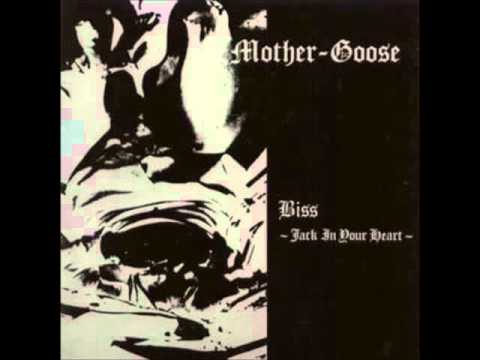 Man, love that bass solo in Tengoku de Matteru (TBH I didn’t even know there was a PV for this, so thank you for that lol)

Maybe it was and they just never said it in public…

“In Japan, it’s pretty much mandatory that you don’t have a crappy bassist, but Tsunehito is simply a cut above the rest.”

Tsunehito from which band again? I am sorry, sometimes i am lost.
But i guess i would agree on the first part. 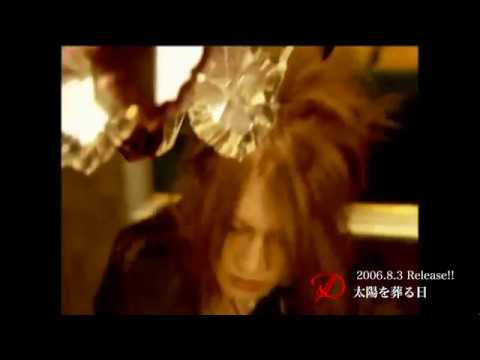 If you are not familiar with them, they have a very vast, creatively expansive discography (probably the most productive band I listen to). That album, Tafel Anatomie had a bit more straightforward rock/metal style, but they employ many different styles and musical elements from all over the world^^

Of course i know D

But besides asagi i don’t know the members names

d isn’t really my taste, but thank you

I don’t know a lot but here are a couple of great ones:
Starts at 8:15 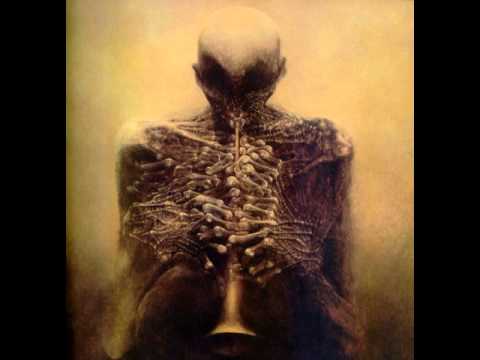 Starts at the very beginning

Truly iconic and one of my all-time favorites from 第5実験室. The intro slaps but what I love even more is the bassline during the first verse (starting at around 0:45). It’s a shame they only used it once during the song.

Another one by cali≠gari where the bass dominates the whole feel of the track and sets a really beautiful mood (esp. from around 02:02 to 03:20).

Am I in the wrong thread? Of course not! I spout exposition everywhere I go!

@Rena opened a can of worms by allowing me to talk about bass. I have strong, perhaps uncommon opinions about bass. Before I could only describe it in terms of what I heard (and sometimes didn’t). Now I can be a bit more precise.

I find a lot of bassists plain boring. Playing the root note of the melody is serviceable, sure, but that’s not gonna make anyone consider the player as anything but that. There is so much room for expression in bass! It absolutely irritates me when bassists act like anything above the twelfth fret doesn’t exist; on the same note, it delights me when I hear those lovely high bass notes poking through on a neat fill. Where’s the finger style and the slaps? Get an extra string for more low end if you want some personality.

I don’t want to overly generalize with my above paragraph, because there are a lot of styles and a lot of songs where a simple bass with a memorable melody is the absolute driving factor in the song. But there are even more cases where the bass seems to be the most difficult instrument to hear in the recording, and then you show up live and it punches you in the gut! (I will never forget listening to “Gordian Naught” by Animals as Leaders live, when the bassist hit some delicious drops that shook the whole stadium and changed the feel of the song. That’s not on the CD…)

So when your band mates insist on Newsted’ing you to the inaudible sub-bass range of the mix, counter by doing some flashy shit. Please. Don’t forget the bass is a guitar too!

NAZARE’s “Focus” is what I want to hear more from bass in visual kei. That solo at the beginning is absolutely disgusting. I think either Uta or Yoh played it. 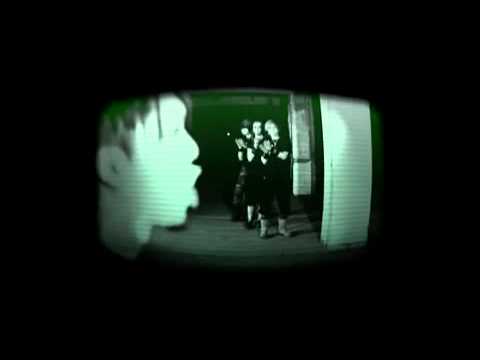 This bassist from BULL ZEICHEN 88 is a fret demon! The guitarist is no slouch either.

I really love Toshiya and Shinya’s whole approach to rhythm and groove, which is no doubt why I feel the way I feel about bass to some extent. I think six Ugly’s “Children” features one of my favorite bass solos by Dir en grey.

Futoshi Uehara is an underrated but nasty bassist and is a huge reason why Maximum has the sound they do.

Yu～ki from MALICE MIZER is amazing in Gekka no Yasoukyoku, au revoir and Mayonaka ni Kawashita Yakusoku, especially the live version of the third.

Also, since Juka / Shaura retired from VK and is a fisherman now, I’m sure he catched great Bass’