While you can find a lot of this information in various places on the internet, having a directory in one place for what Japanese bands use for certain albums and certain songs should be useful to someone. Since visual kei uses all sorts of tunings, let’s follow this convention. We will also track bass tunings here too.

P.S. Never show “the GazettE tuning” to any avid bass enthusiast outside of VK - they will think you are insane for that.

I will come up with the rest later.

That’s actually a pretty interesting tuning and I can see the utility of it. Easy for drop-D riffs and getting some notes underneath on the low B, with the high C of a 6-string bass to do melodic lines on the G and C.

I would probably struggle with it personally, I don’t really do “lead bass” like that and I’m perfectly happy with a 5-string, or even a just 4 in BEAD. But, while I’m not familiar with those songs specifically, I can absolutely imagine the value in it.

I needed this when i was a 14 year old, snot nosed kid. Thank you!

If I understood your comment correctly (please do correct if not), you meant that it would be a variation of a 6-string bass standard tuning (BEADGC)?

Because what Reita is doing with the GazettE (according to Ameblo blogs at least, take this information with a grain of salt):

BDGC is a modified 4-stringed three-and-a-half step tuning (ADGC, used for songs such as Hedoro, DERANGEMENT, DRIPPING INSANITY…) that also gets pitched up a half at times (for songs such as “Yoin” or Vermin), meaning that the “high C” here is C2 and not C3. That is why those not acquainted with anything GazettE might be shocked to know something this inconvenient is being used in real life.

and what another snot-nosed kid like me did not know at all:

That’s… definitely interesting. Watching a few covers online I think I can see how that would be useful for some of those fills!

Yes, G is the same pitch as if you tuned down your A string (EADG) one step down and the C is likewise for your third (D) string.

My personal theory is that Reita (bassist) just wanted to keep his playing always in check / fuss-less when switching from “lighter ballad/upbeat rock” tuning (standard D tuning, DGCF) to this exotic “heavy” tuning we are examining at the moment (BDGC).

7 string/B Standard-
Mucc - Zetsubou
Lynch. - all of Greedy Dead Souls and most of their earlh discography

does anyone know what tuning that A9 - Kowloon Nine Heads Rodeo is in?

Please excuse my posting, but Dir en grey’s “Dozing Green” is quite peculiar when it comes to guitar tunings:

Before Construction ver.
all Drop C#/Db

@MegamAntto from their PV alone, it looks like they play C# drop 5s from the 4th fret (not to mention playing Ems/F#ms from the very top), meaning that they did AEADGB(E) or the 6-string equivalent anyway (later lives might utilize 7 strings as they did with Gemini onwards)

I’ve just updated the main post with everyone’s additions! Feel free to correct me if I got anything wrong.

Super cool thread.
For those that are interested
Vivid tuned to drop C/ D standard for Take off and Dear, and used Drop C#/ Eb standard for the majority of the rest of their releases

Screw used Drop D for all their releases prior to Rui joining, Then Drop C, then started using heavily dropped tuning (like Drop A - B) after their self titled album

All of RAZOR’s stuff so far is Drop A# I believe.

Lycaon is primarily Drop B

sorry for not using the convention listed above, quickly wanted to contribute during a study break.

I’m back because this is my favorite thread ever-

Speaking of MUCC, Miya did mention the setup/tunings he used since Aku: 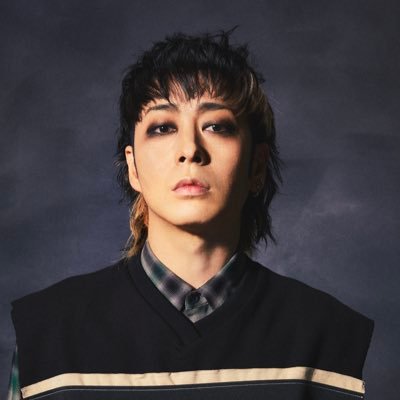 I think drop A and drop G (Mucc guys are djentlemen now) was used for heavier songs whereas drop C and A# were used for lighter songs instead? Not sure if they released any tab books for that as of yet though.

I knew it. Something was telling me that Crack was played in a lower tuning than their normal

My another guess by trying play some songs and watching some lives by them. Plus i tried play open strings on my guitar while listening to their songs.

[7 String Guitar A Drop]
Dadaroma -Whole discography (I guess i didn’t notice Takashi changed his guitar during DVD “This is LIVE” and Online “POINT OF NO RETURN” )
The Madna - Whole Discography (this is Takashi, so… same thing)