Hardest outfits to perform in

Just wanted to know who you guys think had the hardest outfit to perform in. Too hot, too restricting, too revealing or whatever it be that would make performing uncomfortable.

My vote is Jasmine You: 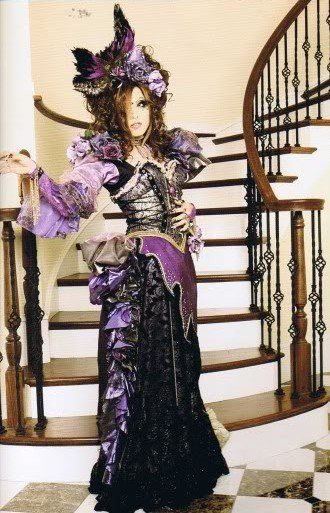 I’ve been watching some older Versailles lives, poor guy could barely head bang but he looks dope though.

Honorable mention to Hizaki but I know his outfit sometimes has one of those things underneath (I forgot the actual term) that allows the dress to be suspended so that he has more leg movement. Difference is that Jasmine has his contoured to his legs and his headpiece is much larger and I think he is actually wearing a proper corset. 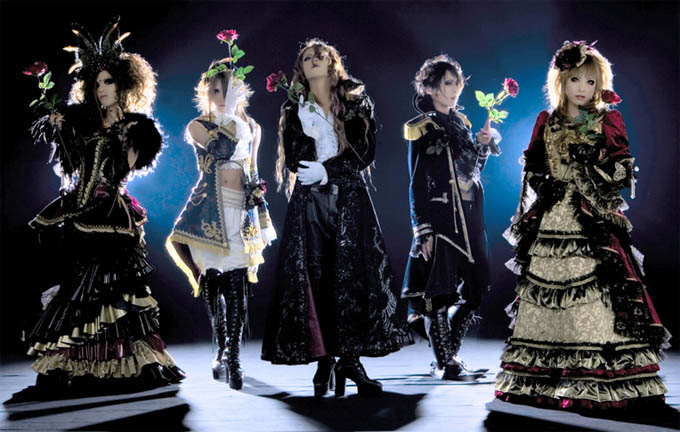 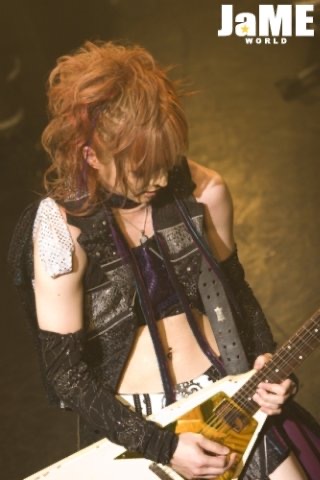 leda’s thighs and navel were truly iconic.
but, he said (i can’t remember if he said it at the last reunion live or some other time) that he’d get really cold with his deluhi outfits while on stage… i imagine it’s harder being cold cause you freeze up while playing. he looked so cute though. 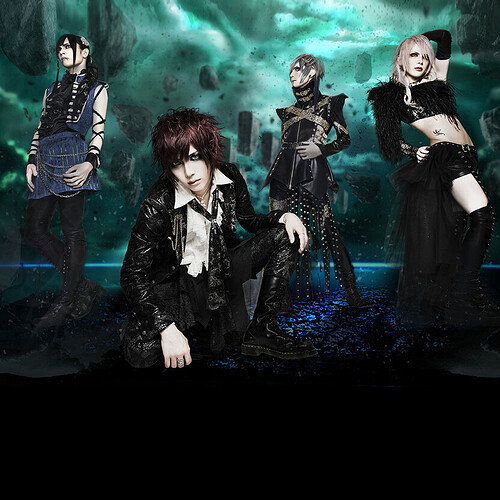 Divine Error832×832 187 KB
Zyean’s (second from right), I used the full band because his solo photo doesn’t to this costume’s annoyance justice. Keep in mind, he’s the drummer so having that collar was a massive pain in the ass. Luckily it was removable and I think he basically never wore it outside of filming, but it sounds like filming was difficult because he could barely play. If you look at Zyean’s costumes since then, they’re all much easier to wear which I think shows just how annoying this one was.
3 Likes
Unelma February 13, 2021, 1:44pm #4

The word op is looking for is hoop skirt. 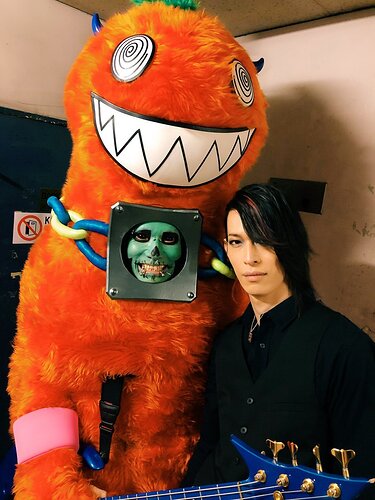 ^Yeah, I thought of the exact same costume when I saw the title. seek is a trooper for sure. 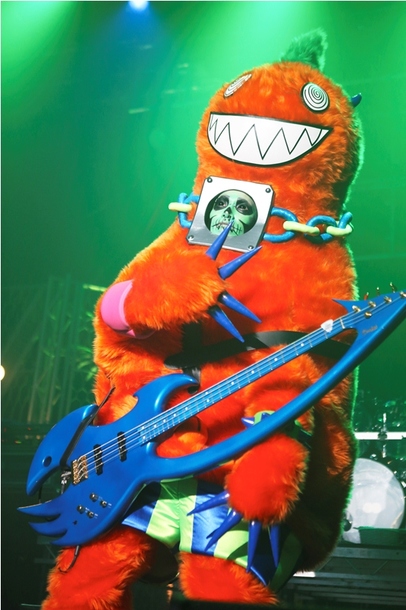 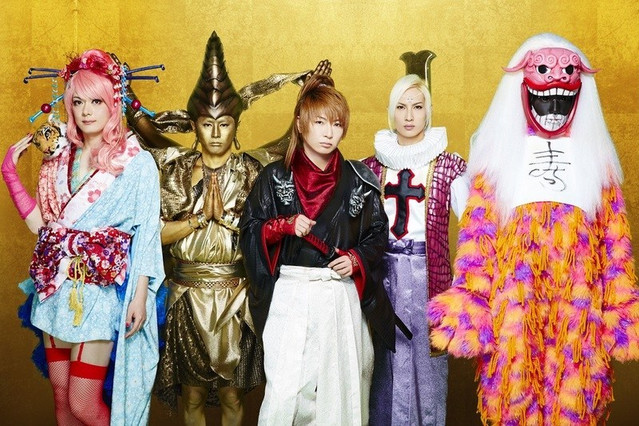 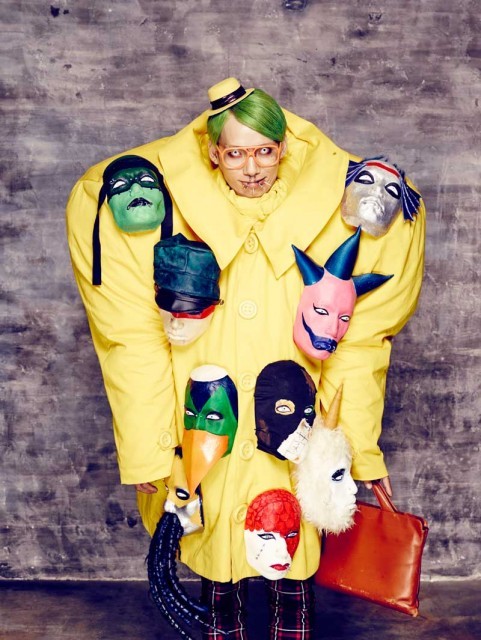 Doesn’t beat some of the outfits here, but Phantom, Baboo’s drummer… 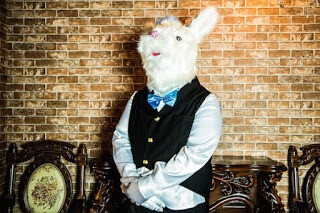 That bunny head must’ve been uncomfortable. 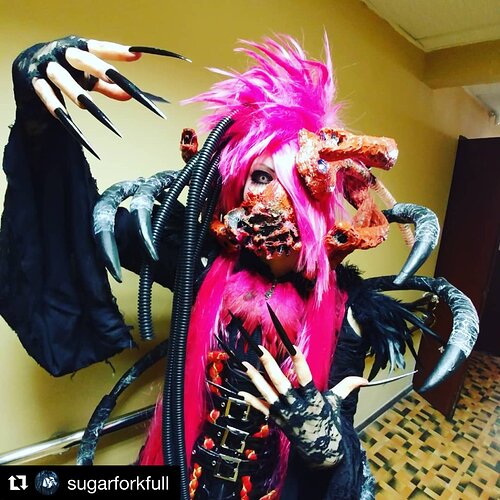 Thanks, that’s the word.

Forgive my ignorance but what band is that. I kinda want to see a live performance.

Who is it and what does he play?

Hmm, I can’t find a PV or anything. The one MH thread all the links are down.

That’s Seek! He plays (played) bass in Psycho le Cému and Mix Speaker’s,Inc. He had weird outfits in both bands. 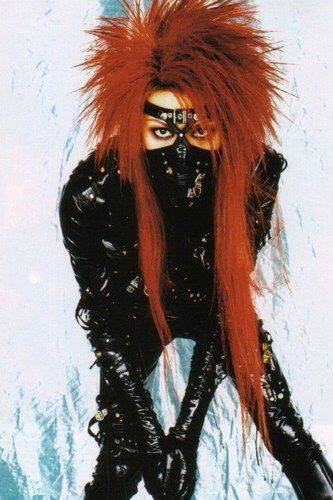 How the fuck do you breathe in this thing?

I think he is actually wearing a proper corset.

corsets are no murder instruments and after some time wearing it you usually get used to it.

I think for Jasime i think those headpieces must have been annoying, especially if they have played in smaller live houses with not too high walls.
I remember seeing a video with Mikoto from ZigZag almost taking one of the headpieces he had once down because there was literally no space between him and the ceiling.

one of those things underneath (I forgot the actual term) that allows the dress to be suspended so that he has more leg movement.

Just in case you ever wanted to know, i supose what he is wearing should be a “skirt lifter”

Somehow thats something no one in the audience would think about i believe. The fact that the stage is probably air conditioned enough to make those guys in short stuff cold.

Pretty much every outfit S (Shingo) the drummer from Mix Speaker’s, Inc. decided to wear in their first few years of operation. He was once a moon with a wolf head, a house, a three-headed cat, and a damn candle! 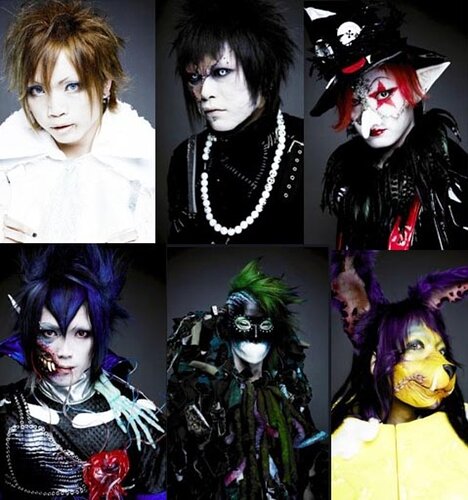 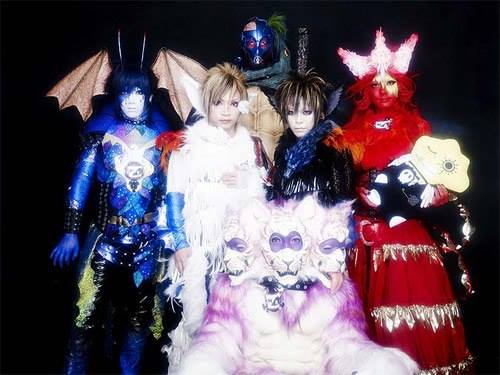 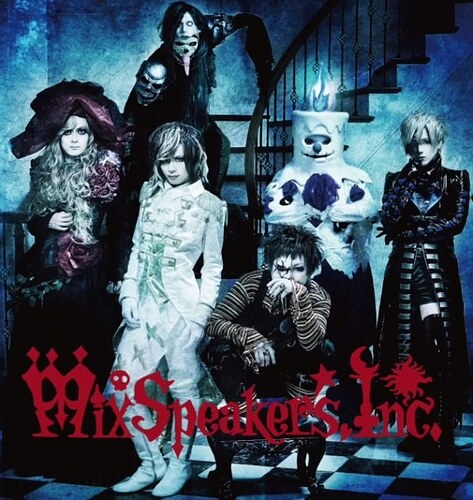 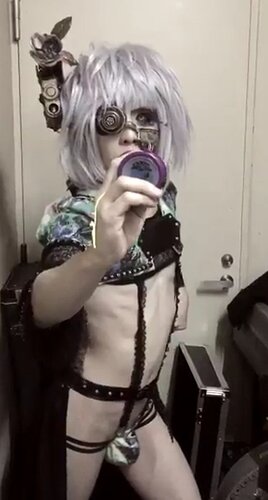 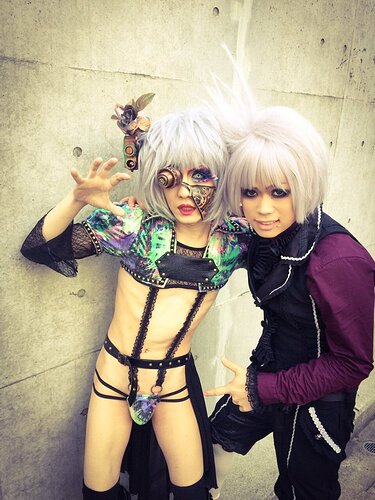 What I meant with too revealing is that some skimpy outfits are hard to keep on and that can be annoying while playing.

He’s got big dick energy for the “smallest member” in the band. Mad respect to him for that.