Something unexplained left to my imagination is horror, because what’s mysterious is no purpose and beginning but leaves a juxtaposed image, no meaning but still continues the preverbial trail.
Like in film theory’s blaire witch,I thought it was scary with the right BGM and how he explained his theory. I try to look on both sides, logic and supernatural but it’s not well thought out, it’s weak, going for cash grab scenarios which the majority brain dead critics and audience likes, potential unfulfilled, ruined. I doubt such a movie exists. But if you recommend movies that are not hipster based like 60 years ago I would watch it.

But if you recommend movies that are not hipster based like 60 years ago I would watch it.

It sounds like you might enjoy psychological horror. Maybe check out A Tale of Two Sisters (the original Korean version, not the American remake “The Uninvited”). It’s been awhile since I watched that one, but it has really good atmosphere, a dose of supernatural, and there are moments that leave your mind to fill in the blanks. I remember really liking the story because it explored grief in a compelling way.

Honestly, not 100% sure what you’re looking for based on your “criteria” though.

I haven’t bothered to rewatch martyrs for like 15 ish years. Shit was traumatic as a 13-14 year old lol. I should probably rewatch it and check out some threads now that I am bit more experienced in analyzing movies.

I was able to watch Old during the winter break. I actually liked the idea but not so much the ending as the villainy isn’t revealed until the end.

On prime, I completed the series Us … it was nice. I get the critique that many people don’t like the tone of the show but experiencing racism really do be like that though. I think one poster got it right in that it was the type of horror that is/was “lived”, it is some people’s past and present basically.

You watched it that young??? Was anything after that even disturbing? Lol. I still can’t get the image of the bathtub lady out of my head. Every scene with her was just…shudders

Damn, I binged Chucky yesterday/today and can’t believe how good this series was. The entire series is written by Don Mancini, the guy who’s written all Child’s Play movies with the exception of the reboot, and he also directed the last three Child’s Play movies. This is a series that is 100% made for the fans, and not just the general TV-series consumer. It’s a horror comedy with loads of black, absurd humor, and some sweet kills. The entire series is an absolute must for fans of the franchise. The series continues the storyline of the franchise and is set after Cult of Chucky. I did not go into this expecting much, but it totally blew my mind. Awesome!

Didn’t know there was a whole TV series. I watched the remake and thought it was average.

Had to look it up and Brad Dourif is back in his original role! I’ve only watched the first Childs Play (as far as old Chucky movies go) and enjoyed that one.

lol yup, I think I went on a sadistic movie binge one time, they were hyped on a different forum back then so I watched all that were available. There was a bunch of them but I didn’t really look too deep into them, I was into the shock factor as kid. Not so much anymore so I didn’t actively look for those type of movies. It was one of those movies that definitely desensitized me to violence in movies. Now a days, it is the real life stuff that I can find disturbing.

Yeah, I just recently found out about it myself. It’s very in line with the franchise, but more so from Child’s Play 2 and onward which contains more black comedy and absurd stuff. But it is still horror of course. 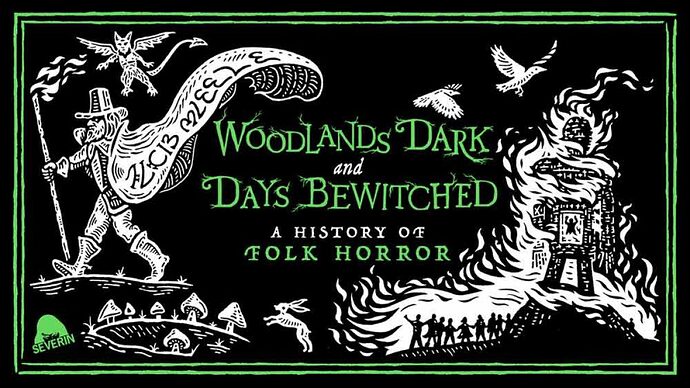 I love documentaries about horror, action, sci-fi and exploitation, and when I found out some time ago that there was a documentary in the making about my favourite subgenre of horror, and movies in general, I was stoked. And after having waited for what feels like forever I finally got to watch it yesterday, and what a movie it was. It’s three hours and fifteen minutes, and truth be told that is a little short. It should probably have been a mini-series around six or so hours instead, because it does feel a bit rushed towards the end. I really wish they had spent more time on the recent folk horror revival and really gone into depth there as well. But that is also the only flaw I could find.

But the three+ hours run away here, and you’re finished way before you think you’ve hit the hour and a half mark, which is a compliment as great as they can be. It’s incredibly well put together. The length of the interviews, the editing, the depth in which they cover the different movies, series, epokes and themes is just incredible. It’s nerdy as hell, but filled with amazing people with proper knowledge of the genre which makes it so much fun and even more interesting.

They start off with the unholy trinity of folk horror which is Witchfinder General, The Blood On Satan’s Claw and The Wicker Man, and from there they cover the other British classics, the American ones, and then they take a look at folk horror, or things very closely related to folk horror, from Japanese, Mexican, Russian, Brazilian, Australian, Icelandic, Finnish, Norwegian, Polish and other countries. Man, this was pleasant. Brilliant stuff!

So yeah, only criticism is that it didn’t spent a bit more time on modern stuff like Kill List, Apostle, Black Death, The Ritual, The Borderlands, Midsommar, Errementari, Gretel & Hansel, The Field Guide to Evil, Hagazussa, Trollhunter, November, The Wailing and more. It does touch upon a few of these, but not nearly as much as I would have liked. But that is my only complain. You can only do so much in three hours after all.

I can relate. I had a phase like that in college. Looked at so many IMDB lists. For sure, real life is more terrifying because it can actually happen.

That sounds so interesting. While I haven’t watched a ton of folk horror, it’s one of my favorite genres.

Who are the interviews from? Just like experts/enthusiasts or are there some director interviews as well?

It featured interviews with directors and writers of folk horror, a few actors, film historians, people with an extensive knowledge of the genre itself and its roots and more.

I consider myself quite knowledgeable on the subject of folk horror, but I was amazed at how much I learned from this. So much new information and stuff.

Oh that’s awesome! Interesting that Alice Lowe (Prevenge) got interviewed. I watched that and it was such a weird movie. Not Folk horror at all. Not familiar with her work at all though.

This sounds like an interesting watch. I might want to catch up more of the films mentioned before I watch it though.

I haven’t seen Prevenge, but I know she did some work with Ben Wheatley who is one of the biggest directors in the new wave of folk horror, having written and directed movies like Kill List, A Field in England and In the Earth.

I’m not really sure if watching too many movies would change anything, but watching classic movies like Witchfinder General, The Blood On Satan’s Claw, The Wicker Man, The Devil Rides Out, Kwaidan, Kuroneko, Onibaba, Viy and The White Reindeer wouldn’t hurt. Also Children of the Stones and The Owl Service, which were mini-series aimed towards kids and teens, but still very much folk horror. 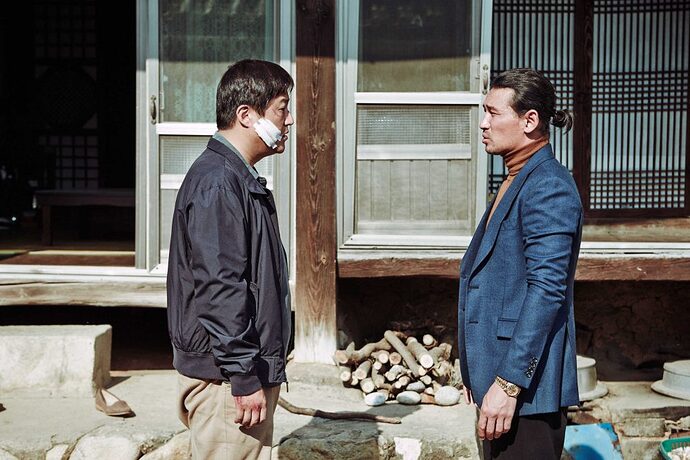 Watched The Wailing and realized I had actually watched it before! I didn’t like it on my first watch (which was maybe 5-6 years ago) but enjoyed it much more this time around. I’ve heard people saying it was really scary to them and that it was less scary than The Medium, but I felt the opposite. I laughed through most of it and was more thoroughly disturbed by The Medium. I think this comes from being a native speaker of Korean and also knowing some of the actors. The money-making shaman character usually plays a comedic character and so it was hard to shake off the image I had of him from other films.

Where I think The Wailing excelled over The Medium though was the story telling. I thought it was (mostly) masterfully told and left open ended in a smart way so that not one interpretation is 100% the correct one. It doesn’t do what a majority of horror films (or just films in general) do: over explain everything. Don’t get me wrong though, there’s a lot of detail in the words characters deliver, their environments and their interactions with one another. In this way it makes you an active participant in piecing together the full picture rather than a spectator.