So I recently looked up at some old songs that I used to listen and made a nice playlist from it. 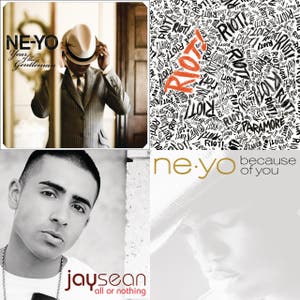 When I really got into music was around 2006 probably, which includes a mixture of rock, pop, r&b and ballads. (English)

So: How did your teenage music playlist look like?

Any outstanding songs that you remembered from the years you were a teenager?

Drop your playlist link (spotify) if you have one or a link to any MV you loved.

I’m curious what everyone listened when they were younger.

And tbh it brings back so many memories!

It’s the average emo teen playlist.
I still love most of the songs

and lots of more bands. Yes, at the age of 16 I was listening to Dir en grey, The GazettE, Nightmare and X-Japan. Lots of bands lots of people were listening to, but I was into metal like Kalmah, Arch Enemy and Children of Bodom and also into AFI, Blink 182, Sum 41, Good Charlotte, Linkin Park, Slipknot. Bands like Kamelot and Dragonland were a huge part of my teens days as well. I’ll update the playlist, but for now that’s all I could think of.

I don’t even remember, I don’t think I had a luxury of having one when I was a teenager. It was mainly burnt CD’s, and it was mainly whatever was popular or some weeb shit. LOL

I listened to Pokémon soundtracks and theme songs on CD. Had around 20 or so. Still have them actually.

My taste in music as a teenager was kind of weird because I used to watch a lot of VH1 (well, “MuchMoreMusic” was the channel, and they played a lot of VH1 shows), particularly a show called “Powerhour” that was focused mainly on 80s/90s hard rock and metal. Because of that show and some cassette tapes some guy that used to hang around my parents’ bar left behind, I listened to a lot of hair metal, and I used to watch a lot of those “Top 80 of the 80s”, “Top 1 Hit Wonders”, etc. shows as well, so I’ve still got a lot of fondness for very specific 80s pop songs.

Lol, this is going to date me, but I used to record the shows on VHS tapes and just rewind and fast-forward through them all the time before I learned how to burn CDs.

But I also grew up when pop punk was at its peak popularity, so my favourite bands were like Good Charlotte, AFI, Blink-182, etc.

Around the same time, while I was posting on a hair metal forum, I saw a thread about VK/Jrock, and, since I’m half Chinese, I got so excited because I’d never seen any other rock bands with Asian people in them. (Well, the odd exception like Linkin Park or Loudness aside), so there’s some early J-rock discoveries in there too.

So it’s kind of a big jumbled up mess of very specific styles, which is basically what my taste is now too.

Here’s kind of a sample of what my family had to endure from my bedroom: 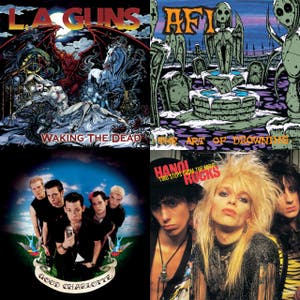 I still think Skid Row’s “In a Darkened Room” is one of the best power ballads ever.

and yeah I also listened to Ramnstein as well, forgot to add that band haha. Lots of bands like “My chemical romance” “Asking Alexandria” I heard the name, listened maybe 1 or 2 songs, but wow, it brings me back memories haha.

AFI! God I loved that band. Sing the Sorrow is probably one of my favorite album ever haha. Me and my bro were listening to “Girl’s not grey” so often haha. My parents were getting mad after hearing it for the 123904819203 time lol. Me and him, with his friend went to see them live downtown in 2006, that was actually my first show ever

Decemberunderground just got out, and wow, I knew all the songs by heart, was a nice experience it was!

Coincidentally, AFI on the Decemberunderground tour was my first concert ever as well! Lol, my sister kind of grudgingly came with me, and the main thing I remember is that they used an absurd amount of fog - like, I could barely see them for the first few songs. It was a good show though.

Sing the Sorrow was one of the very first CDs I ever bought, and it was the album that made me fall in love with them, but I actually ended up preferring The Art of Drowning after I bought it later on. I used to rollerblade listening to it all the time. I think it’s still my favourite now. 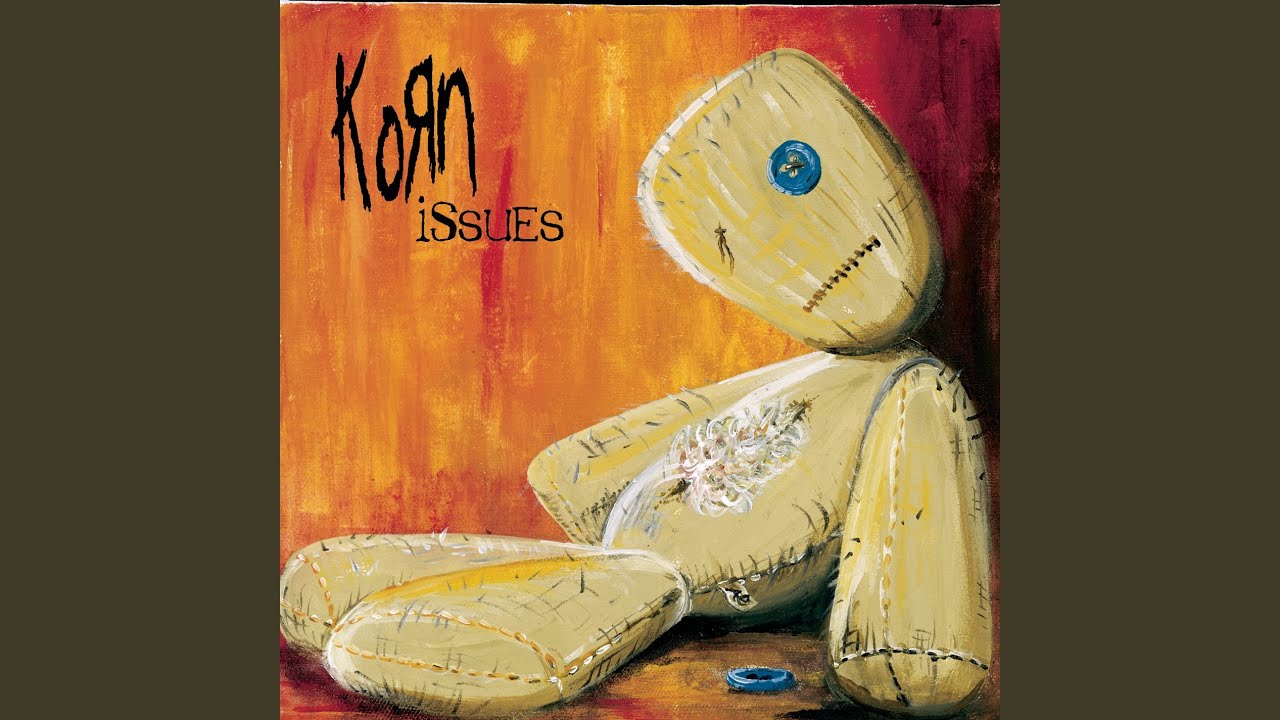 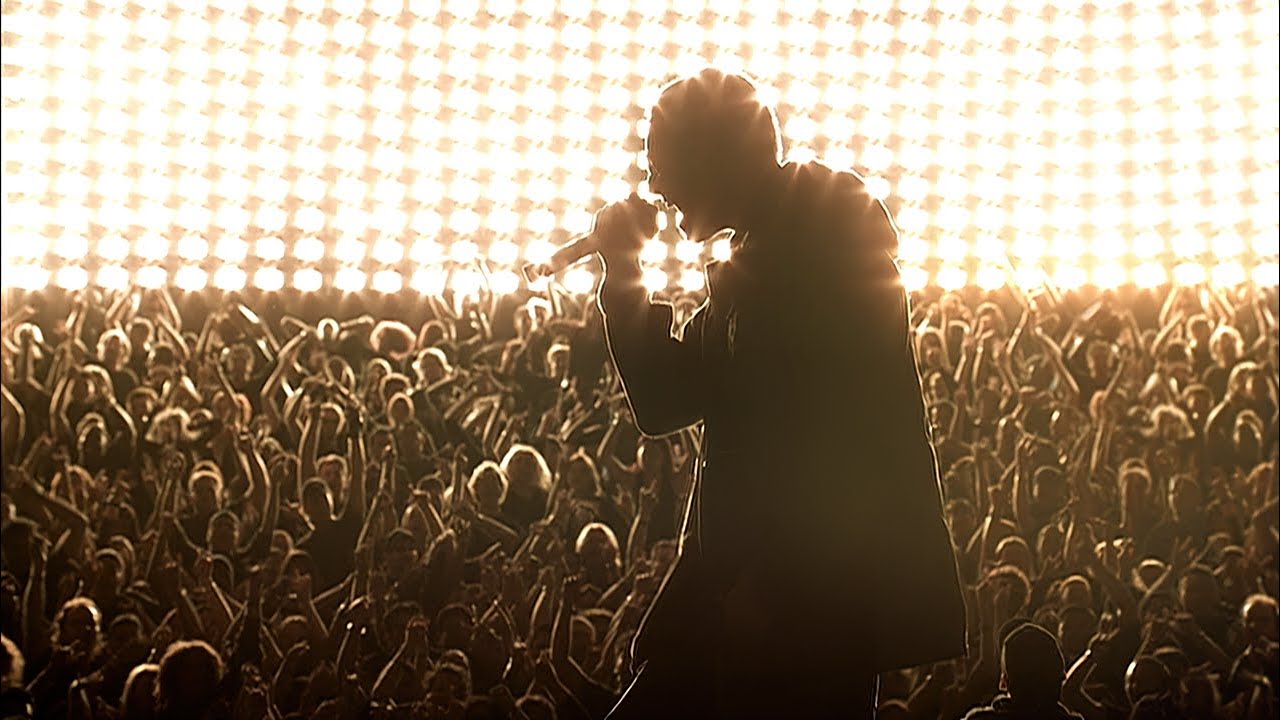 I had an iPod for majority of my teen years. Honestly a lot of what I listened to then I still listen to now. Like lately I’ve been listening to like Cage the Elephant, Gnarls Barkley, The Dead Weather, MF DOOM, the Vines, Morcheeba, Aesop Rock, the first two Gorillaz albums, some J-Rock like dir en grey, Miyavi, the Gazette, and Headphones President (who I have gotten back into pretty hardcore) , The Prodigy etc. Tricky’s Puppy Toy was my most played song though, I remember that. It had like 3K+ plays.

Oh boy, I. About to show my age. When I was a teen we didn’t have playlists or streaming music or even the downloadable sites. We had tape deck and radio\boombox \cd player. Most of my music was pearl jam and random alternative songs from that era. (1994-95)

Wow that’s so cool haha ^^ I don’t remember them using smokes but I do remember the most amazing thing I saw live : Davey walking in the crowd, yes, people were lifting him and he was casualy walking while singing. I found this so impressive! Still today!

Yeah The Art of Drowning is definitly a must haha. I bought it a bit after that, and it also became one of my favorite album as well. Days of the phoenix is such a good song

I also learned Morningstar on the guitar and I could sing along while playing it! It was the first song I could do that

AFI still have a special place in my heart atm, I know a lot of their songs by heart, and dunno, they just kind of help me out during my teens day ^^ Although I’m not a fan of their recent releases (after Crash Love) it’s still good and The Blood Album (I bought it) kinda remind me of their old sound. ^^ So fun to talk about AFI with someone

A bunch of metal, mostly Metallica and Tool. Then tons of the grunge/alternative stuff like Smashing Pumpkins, Nirvana, Hole, Soundgarden, Alice In Chains.

Interesting! I’ll check everything out what got dropped here. ^^

Pretty sure as a young teen I was listening to whatever metal or rock was on MTV (cause that was still a thing then). A lot of Rammstein, late 90s alternative (Silverchair, Nirvana, Soundgarden, etc), and metal (numetal too, was huuuge into Slipknot for a while… lol) I had to stop and watch Rammstein’s Du Hast MV everytime it aired, and I distinctly remember the whole Marilyn Manson’s The Beautiful People at the MTV awards. Of all the stuff I listened to, I only got shit from my parents for Manson

Although I guess they didn’t like Slipknot’s “Surfacing” much either.

Showing my age here too, but I found VK in 99 or 2000 as a teen, so there was also a lot of older VK and Jrock- Dir en grey, Malice Mizer, Pierrot, Janne Da Arc, L’arc en Ciel, and I KNOW I’m forgetting some! Also was really into Morning Musume then too! Damn, wish I remembered more bands though

I’ll have to listen to Untouchables soon. It is some time since my last listen.
I’ve read a lot of books while listening to Korn. Don’t know if you are familiar with Larry Correia and his Moster Hunters International series. I was listening to Narcissistic Cannibal while reading the first book and since then these two stuck together for me.

Well, it changed quite heavily throughout my teenage years. In the very early teens I used to listen mainly to pop and mainstream stuff and actually hated aggressive or rock music. I usually used our radio to record songs on tape, some of my faves at that time were the Sugarbabes, Spice Girls (don’t judge, lol), Snap!, T.A.T.U., Haddaway, La Bouche, Corona, No Angels…

But then I around 12-13 years old I got into Pop Punk, mainly via Green Day. They were my favourite band for a while until I finally got accustomed to heavier sounds and entered my edgy “mall-goff” phase, where I primarily listened to Nightwish, Evanescence, Within Temptation, Dimmu Borgir, Epica and Rammstein (I also liked some of the Rammstein clones like Deathstars…). Around that same time I got interested into Visual Kei, through Anime/Manga magazines and discovering Dir en grey’s music. At the beginning I was more into the heavier Nu-Metalish bands of that time (D’espa, Unsraw, Dio). As time went on I discovered more and more older bands and became a 90s VK/Kote kei addict.

I think I was nearly 15 or 16 when I discovered Goth music and started to listen to Siouxsie and the Banshees, The Cure, Bauhaus, Gene Loves Jezebel and Killing Joke. That, and Visual Kei have pretty much stuck with me to this day. I occasionally listen to some Europop and Eurodance and I still like some songs from the Symphonic Metal I listened to, but I think I have mostly moved on from my early teenage days.

I surprisingly never got into Grunge, even though it was pretty hyped still where i lived in the late 90s/early 00s and never really listened to Korn, Marylin Manson or Slipknot, despite having been one of those kind of angsty kids who usually loved them.

Lol I love this and I actually found my last.fm from Way Back recently so here it is.

It wasn’t terribly representative though as I mostly listened to music on my, haha, Motorola Rokr (sigh). Top artists were… NEWS (the Johnnys boygroup), FOB (emo highfive!), Asriel (a jmetal doujin duo), TM Revolution (and abs game strong too) and Uverworld it seems (though to be fair Vanessa Carlton would be #5 if I didn’t name songs wrongly.)

Nightmare would be #10 if it weren’t for naming issues.