Thought I might share some drawings and other stuff. Haven’t got too much VK/Japan centric material but I may be making some new portraits later. In the meantime I’ll just throw some random sketches here. 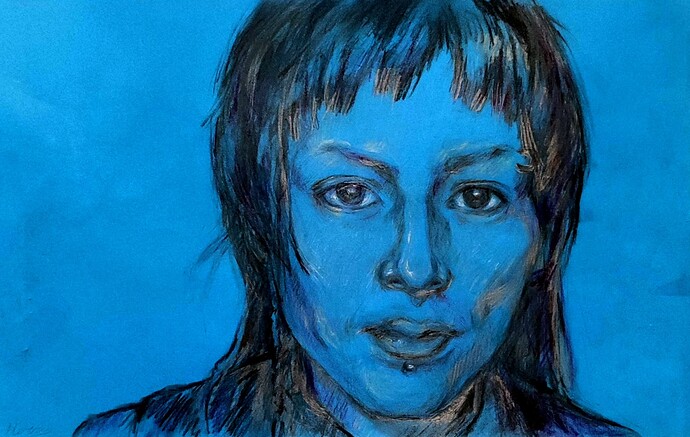 I try to pick reference that I can study, and really understand what I’m drawing, so I try to avoid photoshoot material. That’s a little tricky in VK though. 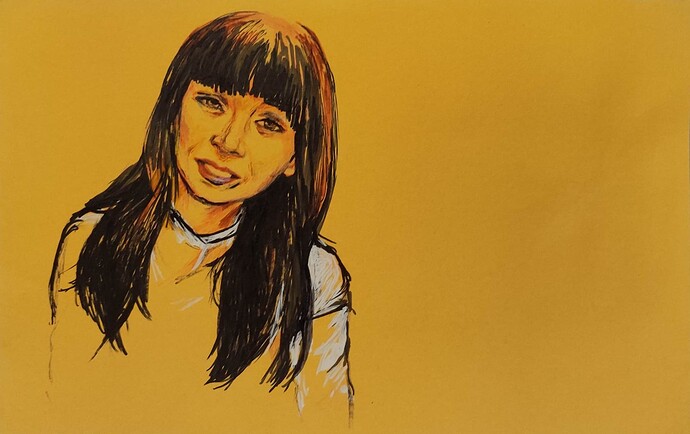 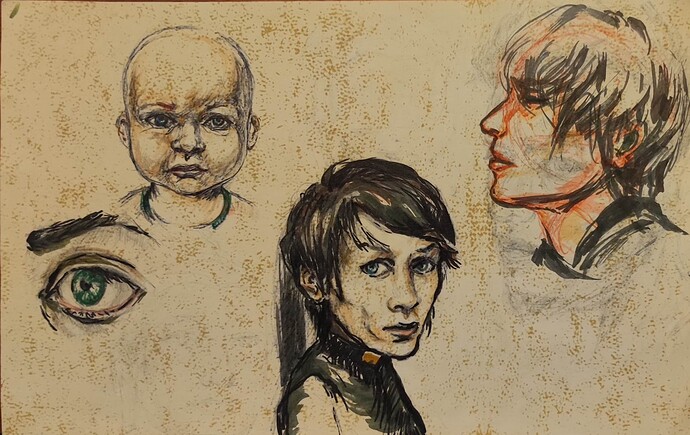 Totally random refs used but you can recognize some faces

I’m not satisfied with the anatomy by any means but it’s fun to look at the color papers.

I like your drawing style, it looks amazing and unique

Thank you so much!

You don’t think so? I fancy a bit of dishonered when I see this. Except the first one, when you you look at it as monochrome it looks something lethargic like the BEATLES record revolver.

Is this supposed to be some sort of criticism? Or just tomato throwing? What dishonered even means? 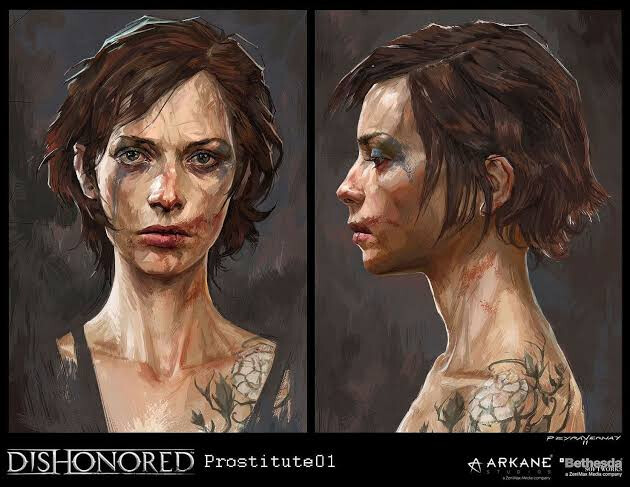 Oh sorry its a game I always thought it was cool here’s a concept art.

Oh, you were referring to that. I see

I am just trying to use the paper texture for color and see how it combines with my markers and pencils. I haven’t done any color artwork in years, so I thought it might encourage me to move back to painting eventually. 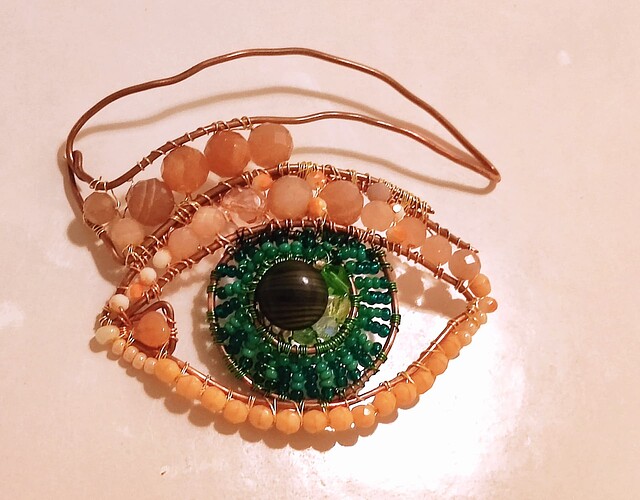 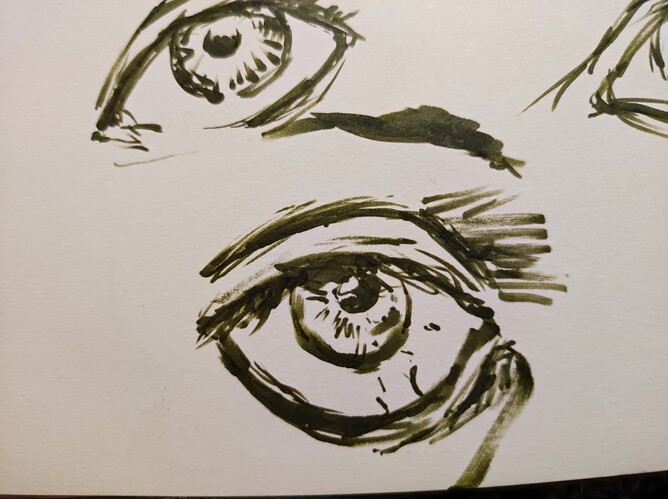 This is not drawing related but it’s the first time I use a sketch to design something (usually I don’t sketch in advance). Still got to cut some padding and put finishing touches but I really like how it looks already. 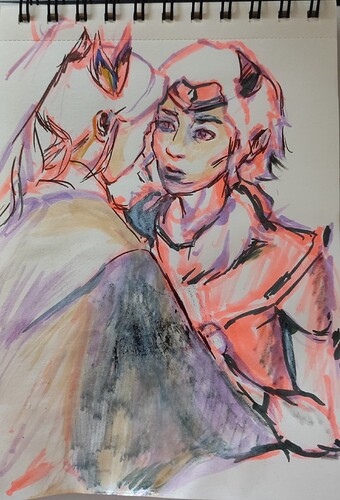 I am enjoying role playing immensely for some reason

You might have guessed who I am here lol 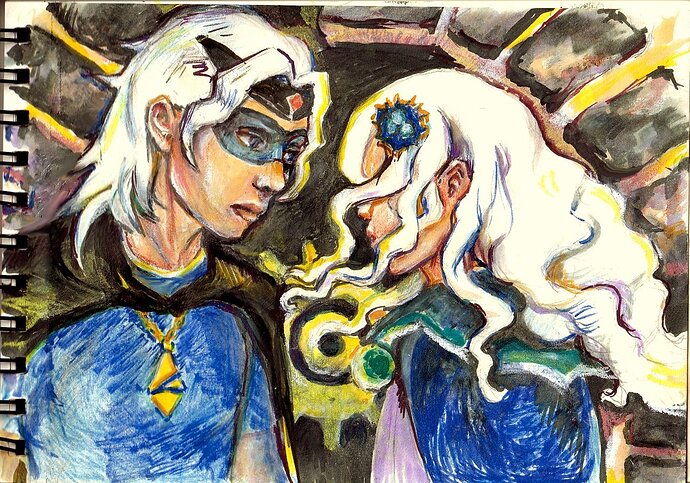 Nice work! I too am making some long coats and toys with wool and small puffy balls my favorite of the bunch is my monkey and donkey they look cuter then the rest of mine.

Didn’t know you were also crafty! Do you do anything with those things you make? Would be interesting to see.

Sure I do I have 2 wool coat where I wear at home my favorite is the long gray one. I’m also into choclolatiering though I’m on a course twice a week I will post it in the morning with the dolls! 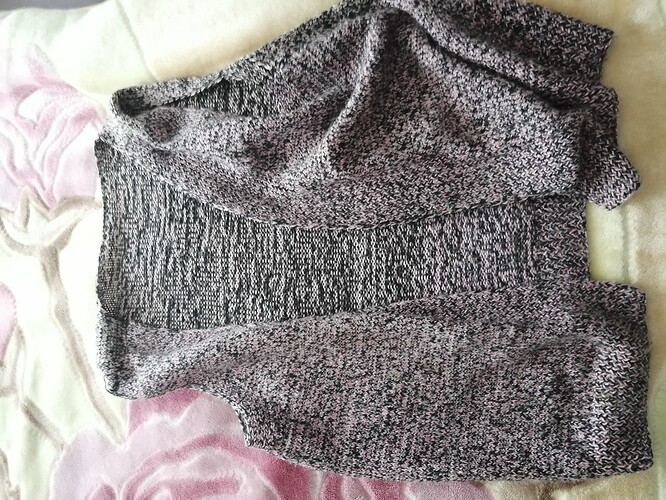 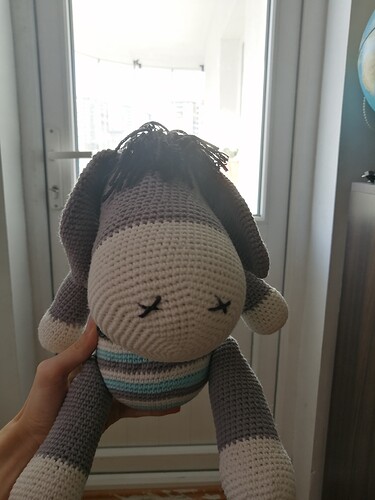 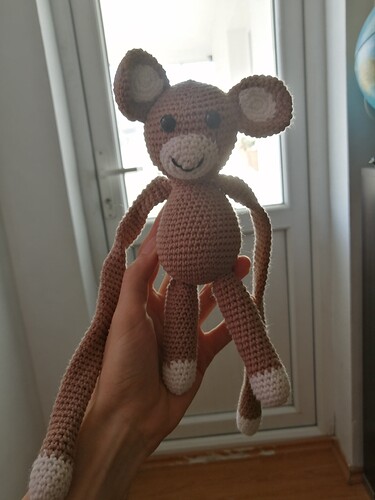 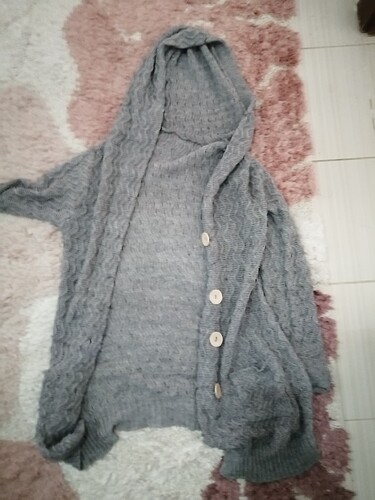 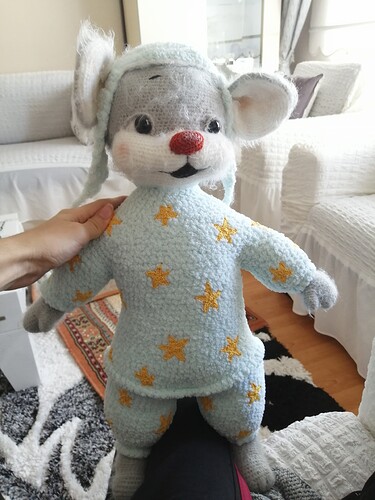 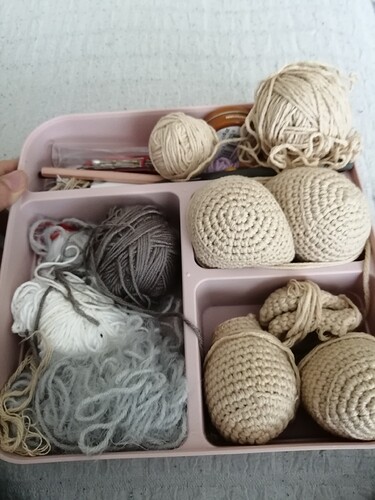 I’m also making leather too I was an apprentice down at the nato base in Turkey and we made a leather jacket which costs approx. 80 dollars the makers mark is named “barons leather” he was a master who made a lot of leather for American pilots and soldiers back in the gulf War Two of them in fact. I designed this one to be like Alex mercers jacket because why not could’ve made the tribal ink bigger though but its my first time. 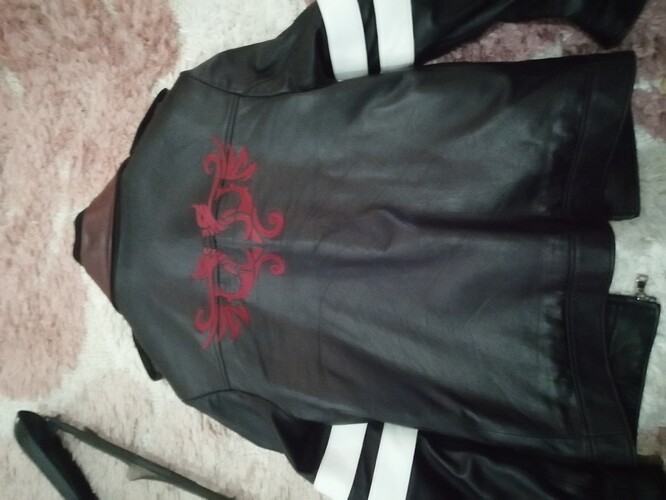 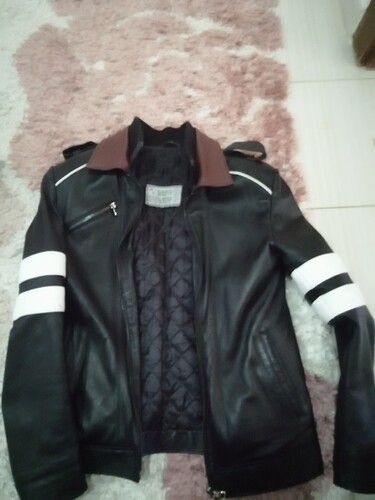 I also engrave leather to be put as decor in my living room but I don’t wanna show it. It’s pretty ugly.

Wow. That’s some serious business! You must have been investing a lot of time into those toys! And the thread isn’t cheap either probably. Crocheting isn’t the kind of craft I’d expect for a guy to do. It takes too much patience to even learn

And that jacket looks badass

How did you end up in Turkey? And in such a position at that? That’s surely an interesting learning experience for a designer. Great stuff! I haven’t got enough patience or commitment to actually attempt clothing design. Although I’ve been trying to work with leather here and there as jewelry accessories. Might still make something when I think up a good design. So far I’ve only got one bracelet I’ve made a couple of years ago that I occasionally wear.